Finding Jesus in the Wisdom of the Ages: Dethroning Wisdom 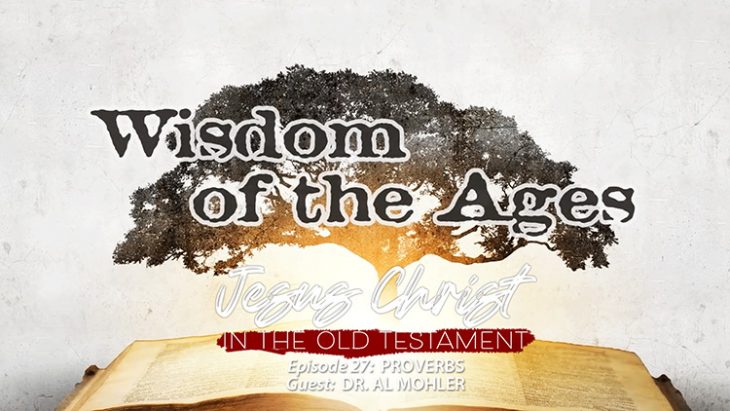 Tim Moore: When speaking of intelligence, there was also once an American political party called the Know-Nothings, as they seemed to gravitate toward ignorance. Sergeant Schultz from Hogan’s Heroes would have been right at home in that party! Today, our society seems to have devolved instead of evolved. In other words, our culture is tech-savvy, but it certainly lacks wisdom. How have we gotten to where we are today?

Dr. Mohler: A part of the problem is us simply dethroning all of the natural and created hierarchies and authorities. When I was a boy, I needed to know what was true and what was false, so I went to my parents and asked. The older I got as a boy, I went more and more to my father. There were other trusted authorities in my life. I could go to my pastor. I could go to all kinds of Christian leaders in my church. I knew behind them were entire structures of authority, for they would go back to the Word of God, and that is the authority of God Himself.

But, ever since the fast-paced revolutions of the 20th Century, there has been a dethroning of authority. Without authority, there can be no wisdom. There can be no acknowledgment of truth. And so, we’ve arrived at a point where truth is emotivism or expressivism, and sometimes they are combined as emotive-expressivism. This means that people will say, “When I say that I believe that two people of the same gender should be married, it is not that I actually believe there is any objective truth about that being good or bad, it’s just that I am expressing who I am and expressing my emotional state by making that statement.”

Tim Moore: Certainly not. Pontius Pilot asked, “What is truth?” He was dismissive of the Lord Jesus who stood before him representing all truth.

Tim Moore: The last time we got together you offered a tremendously insightful observation. You said: “Christians cannot be optimistic or pessimistic, for we know too much about the world and too much about sin to be optimistic, but we also know too much about God’s purposes to be pessimistic. The Christian mode is not optimism or pessimism, which can wax and wane with our mood, rather it is hope. It is hope in Christ. Hope has a name.” I have shared that wisdom so many times with other Christians who of late have been racked by fear and anxiety.

What further words of wisdom and encouragement would you offer today?

Dr. Mohler: We have an imperative in Proverbs to seek wisdom. Here is good news — there is wisdom to be found. When we seek it, God provides it. We start with God’s Word at the very center of God’s Word — Jesus Christ. Thus we begin with the right authority structure for true knowledge. We begin with the knowledge that there is truth because God has created the cosmos, He created us in His image, and He is truth. God has revealed truth to us. He’s made the world intelligible so that by observing the world we may know His truth.

We also know the power of sin, for the power of sin is devastating. This is, by the way, a distinction between the Protestant and the Catholic historical understandings of the Fall. The Catholic understanding of the Fall is that the human will is totally corrupted, but not human intelligence or reason. The Protestant Reformers came alone and objected saying: “No, this is what total depravity means. It is not just our will, rather it is our cognition that is fallen.” That is why we desperately need the Scriptures and ultimately why our only rescue is from Christ. Christ provides true wisdom.

Tim Moore: Solomon experienced a tragic end to his reign. This man had been given great wisdom by God Himself, but he strayed grievously from the Lord. How can we avoid such enticements as Solomon succumbed to that robbed him of the very wisdom that would have led to living a life as reflected in Proverbs? After all, Solomon wrote in Proverbs 14:34 that “righteousness exalts a nation, but sin is a disgrace to any people.” And yet, Solomon strayed from the very wisdom he taught for most of his life.

Dr. Mohler: That ought to tell us something about the power and the seductiveness of sin. The very king whom the Holy Spirit inspired to write the book of Proverbs would fall so devastatingly into sin. It is a reminder to each of us that we need more than wisdom, even more than the book of Proverbs provides, rather we need the Gospel of Jesus Christ. The answer is — we need a Savior.

We also desperately need to be preaching God’s Word. This is the first and most fundamental means of grace. We are built up in Christ by the expository preaching of God’s Word. Without that we should not expect that there will be any real help for us.

In the third segment of this series on finding Jesus in the wisdom of the ages, Dr. Al Mohler will continue to describe what happens to a society that rejects wisdom and he reveals who in truth it is actually rejecting.