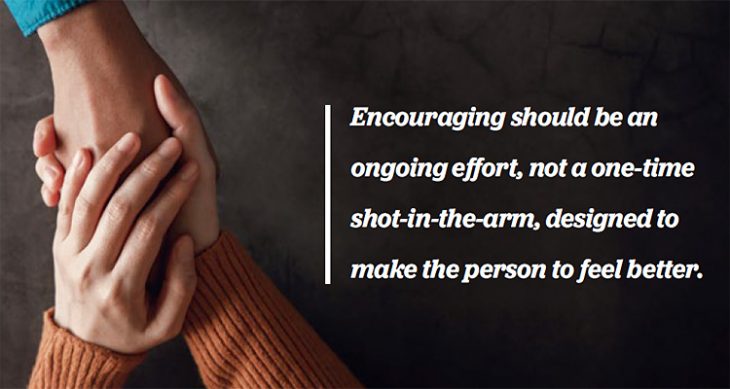 [Note: Our guest contributor, David Bowen, serves as the senior pastor of Standing Stones Community Church and he also founded a web and podcast ministry focusing on the end times. For more information, visit InterpretingTheTimes.com. His article is based on a study of 1 Thessalonians 2:1-16. The reader is advised to follow along in that particular chapter.]

1) The second chapter of Thessalonians begins with Paul’s reassurance that their visit to them was not a failure. Quite a statement when you consider all the excitement which erupted shortly after their arrival.

With all that went on why did Paul not consider this visit to be a failure? Because Jews and Greeks turned their hearts and lives to Christ!

Paul and Silas came out of Philippi; they passed through the towns of Amphipolis and Apollonia (mentioned as road markers on their journey). In Thessalonica there was a synagogue so Paul and Silas, as was their habit, stopped and spent time in the synagogue reasoning with the Jews from the Scriptures, explaining and proving that Christ had to suffer and rise from the dead (Acts 17:2-3).

2) Acts 16 tells us that Paul and Silas were arrested and beaten in Philippi, then spent the night in jail. Paul emphasized to the believers in Thessalonica that, despite everything, he did not alter the message. He writes, “we dared to tell you his gospel in spite of strong opposition.” How easy it would have been to “adopt” or tweak the message to make it less offensive. How safe would it have been to make it less threatening? They could have presented Jesus as another possibility… except that would not have been the Gospel!

3) The Gospel Paul preached was not error but the absolute truth. This is not a simple spiritual statement; this is a declaration! The gospel invades every aspect of a person’s life, their thoughts, their actions, and their intentions. Paul, Silas and Timothy could stand blameless knowing their appeals did not come from “impure motives.”

They had examined their motives; the people had witnessed them doing so by observing their actions. Truth CANNOT be right 98% of the time. These men possessed purity in their message and purity in their hearts (motives).

4) Paul testified that they were “approved by God” and “entrusted with the gospel.” The word approve in the Greek (dokimazo) is often used to describe the testing of metals, purifying metals.

Paul, Silas, and Timothy’s faith had been proved genuine. Their entire focus was on pleasing God not men. Often when the church today suffers ineffectiveness it usually comes from trying to please someone other than God. Paul, and all who follow Christ, have a goal, an objective. That is to ultimately honor one person, Jesus Christ. As Paul writes in 1 Corinthians “Whatever you do… do it for the glory of God.”

5) Flattery never has the well-being of others in mind; it is designed to promote self-interest. It is designed to obtain some sort of personal gain such as admiration from others. Paul emphasizes again that they were not looking for praise from men. This is in sharp contrast to the Pharisees (Jew) and the pagan gods (Gentiles). The charge to all believers is to examine what we truly believe (the message) and expose our actions and thoughts (motives) for all to see.

Telling others about Christ is not a means for financial gain or personal popularity or status as a member of the church leadership. Paul’s words here are clear — they had no hidden agenda. Their motives in presenting the gospel were pure! “God is our witness”; their actions were open to the scrutiny of God.

6-7) Christians who proclaim the Gospel should serve as examples of righteous living and dedication. They should also be gracious and considerate.

As an Apostle, Paul could have made demands on the Thessalonians, such as providing for him and his team. Instead, Paul and Silas chose to be gentle. In the Greek, gentleness is described as those who deal patiently and with a mild manner towards those who were difficult, like a loving mother would be with her newborn.

“We loved you so much that we were delighted to share with you not only the gospel of God but our lives as well.” – 1 Thessalonians 2:8

8) Here is a classic understanding of Biblical love. To Paul love is always a verb. It is an action and a commitment to act in the best interest of another. In this case Paul says, “We loved you so much that we were delighted to share… our lives.” It is much easier to teach theology than it is to live theology! Paul not only delivered the Gospel, he lived it out as well.

Paul’s message and living testimony were in perfect balance. We need to visit and encourage those who are in the hospital and in prison, however we also need to help them hear the truth of the cross and what it means to follow and trust Christ. Most Christians are comfortable with one but not the other. Paul demonstrated that we need to love people as we share the Gospel.

Every church must maintain that same balance. Separating the call to meet the physical needs of people or to preach the gospel is like asking which wing on an airplane is more important. Both are essential!

9) Like some churches today, the church in Thessalonica had a problem with laziness (1 Thess. 3:7-13). Paul and Silas willingly embraced “toil and hardship.” They worked day and night. They modeled sacrificial love and giving for the sake of the church.

10) Paul knew that people would watch him. Those who profess Christ will be examined to see if their lives match their words. So, Paul called upon the Thessalonians to bear witness to his faithfulness, even as he challenged them to also be righteous and blameless — answerable to God as they cultivated godly habits.

11-12) Paul made a point to guide people through the maze of emotions and conflicts which can easily confuse young believers.

Encouraging should be an ongoing effort not a one-time shot-in-the-arm designed to make the person feel better. Comforting is coming alongside someone as they experience failures and distress in life. Urging is asking someone to do or be something for the highest good.

Living a life “worthy” of God requires an accurate understanding of God and ourselves. The Gospel shows God’s great love, justice, and mercy — and His desire to reveal Himself to the world. He pursues us and promises that those who follow Christ will be welcomed by Him into heaven.

Until that day we are to be like Christ, bearing His character and nature. His Holy Spirit enables us to pursue holiness, but the choice is always ours. Are you living a life “worthy” of God? When you trust the Good News of God’s Word you accept it into the depths of your heart and mind, giving you the desire to “live it.”

13) Paul was concerned that his abrupt and forced departure from Thessalonica might have left those new believers confused and floundering, which in turn would have made the church unstable. But after Timothy’s report, he gave thanks that these young believers were proving to be genuine followers of Christ. The proof was in their changed lives.

Thanks be to God, believers today can still allow God’s Word to lead them into spiritual development through obedience.

14) No one sets out to suffer, but when suffering comes it reveals those who are genuine. The Thessalonians stood firm in their faith. Persecution is rising as the End Days approach. Will we stand firm in our faith?

15) All persecution is part of the spiritual war between good and evil.

“The wrath of God has come upon them.” Anyone who tries to prevent the spreading of the Gospel and deny God’s grace is an enemy of God. They “heap up their sins to the limit” and fill their cup to the brim with the wrath of God.

The Gospel declares that those who turn and rely upon Christ’s death and resurrection to remove their sin are transformed from enemies of God to children of God. The accusations against them are nailed to the Cross and canceled (Col. 2:14). The wrath of God that abided on them was endured by Christ and their debt is forgiven.

And that is Good News!