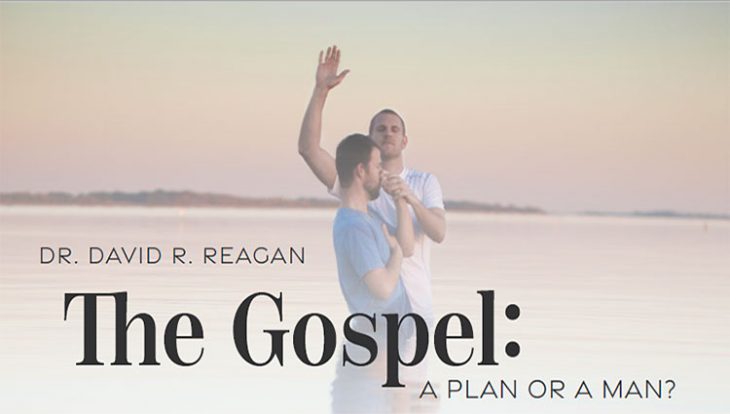 I was born into and grew up in a very legalistic church — so legalistic, in fact, that it claimed to be the one and only true church. All other professing Christians were viewed as deceived pagans who were destined to Hell — and rightfully so, because they did not agree with us on our “plan of salvation.” That plan was also often referred to as “the five-finger exercise” because it consisted of five points which our preachers would always count out on five fingers of one hand. The five points were: 1) Hear, 2) Believe, 3) Repent, 4) Confess, and 5) Be Baptized.

Some particularly zealous preachers would sometimes add a sixth point namely, obedience to all New Testament commands. Over and over, I heard it declared that “God had done His part, and now we must do our part.”

This, of course, amounted to salvation by good works, in direct contradiction to Ephesians 2:8-10 where the Apostle Paul specifically stated that we are saved by grace through faith and “not as a result of works.”

The really BIG point in our plan of salvation was baptism. Yes, we believed in what theologians call “baptismal regeneration.” We thought that baptism magically washed our sins away. Our preachers even had a saying that “you meet the blood of Jesus in the water.”

Accordingly, while I was growing up I heard sermon after sermon on baptism. I learned that my salvation depended upon being baptized in the right way by the right person for the right reason.

Specifically, I had to be totally immersed by a preacher of my church for the purpose of being saved. The Baptists were constantly attacked from our pulpits because they believed baptism was simply a public manifestation or proclamation of one’s salvation. Our leaders openly scoffed at such an idea, calling it “unbiblical.” The purpose of baptism could only be in order to obtain salvation.

Sermons in the Book of Acts

My turnaround occurred while I was in college. The Holy Spirit led me one day to start reading all the sermons recorded in the book of Acts, and I noticed that they focused not on a mechanical Plan but on a divine Man and His glorious resurrection from the dead.

For example, in the first gospel sermon ever preached by the Apostle Peter on the Day of Pentecost, he focused from the beginning to the end on proving that Jesus was indeed the long-promised Messiah of God. The entire sermon reveals how Jesus fulfilled Bible prophecies about the Messiah, leading up to the climax of the Resurrection.

As I read sermon after sermon recorded in the book of Acts, I noticed that the Resurrection rather than baptism was the central point that was stressed over and over again:

Paul summed up the central message in these sermons and others in the book of Acts when he wrote these words in his letter to the Romans: “if you confess with your mouth Jesus as Lord, and believe in your heart that God raised Him from the dead, you will be saved” (Romans 10:9).

The Biblical Concept of Salvation

God’s true plan of salvation focuses on a person. It was revealed in the Old Testament in the book of Joel, where the prophet wrote: “And it shall come to pass that whoever calls on the name of the LORD shall be saved” (Joel 2:32 NKJV). In Old Testament times that name was Yahweh; in New Testament times it became Jesus (Yeshua) — both being divine beings who are part of the Triune God.

In addition to studying the sermons in the book of Acts, I discovered a definition of the Gospel written by Paul in 1 Corinthians 15:1-4:

In summary, the Gospel is the good news that Jesus came to the earth, died for our sins, and was resurrected from the dead, proving that He was God in the flesh and that those who put their faith in Him will be saved. It is not a matter of God doing his part and us doing ours. No! Baptism is not even mentioned. Jesus did everything necessary when He died for our sins on the Cross.

My complete deliverance from baptismal salvation came when I discovered a verse about baptism that I had never heard read aloud in the church of my youth. That verse is 1 Corinthians 1:17. It is a verse that literally jolted my spirit. In it, Paul boldly asserts that “Christ did not send me to baptize, but to preach the gospel…” The gospel is not baptism; it is the joyful news that Jesus loved us enough to come to earth to pay the penalty for our sins, making it possible for us to be reconciled to God.

The focus of all Christian preaching should be a divine Man, Jesus, and not a humanly-devised plan. We should be proclaiming to all humanity that salvation is by grace through faith in Jesus, and not by works of any kind (Ephesians 2:8-10).