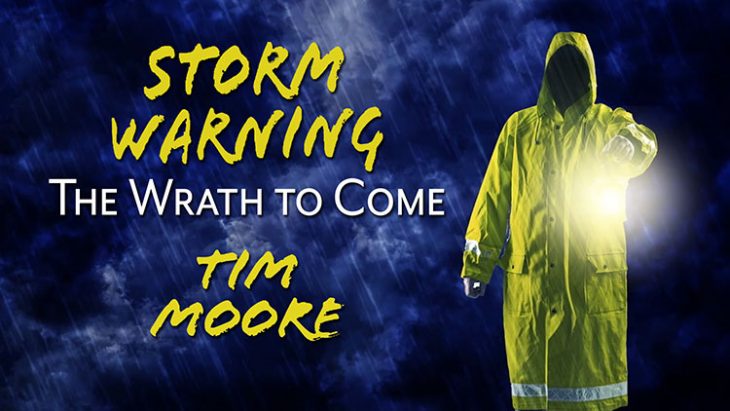 In Part 1, we addressed John the Baptist’s message: “Repent, for the kingdom of God is at hand.” In Part 2, we looked at the prophetic significance of the timing of Jesus’ First Advent. Now we will learn how to recognize the power of the Gospel of Jesus Christ.

The Power of the Gospel

The next thing I want to recognize is the power of the Gospel of Jesus Christ.

The reality is that we are all sinners in need of a Savior. We accept the Gospel as proclaimed by Jesus and His disciples — the faith which was once for all handed down to the saints, Jude 1 tells us. And what is that good news? That Jesus, through His coming and sacrificial death, has assured us that our sins can be forgiven, although they are deserving of condemnation. This eternally good news is available to all who have sinned and are deserving of God’s condemnation. But, through Christ, we can be reconciled with Him and be assured that we will live with God forever.

So, if we have placed our faith in Him, what are we to do while we’re left on this earth? Do we just wait in limbo until Christ calls us to Himself? No! We are told to be fishers of men. “How can we do that?” you might ask. “I don’t have the skills. I don’t have the ability.” Well, consider the power that came upon this ragtag bunch called Apostles when the Holy Spirit descended upon them. The Lord said, “You will be my witnesses in Jerusalem and in Judea and Samaria, even to the remotest part of the earth.” And, let’s be very frank, those fellows didn’t reach the remotest parts of the earth in their day and age. Rather, this promise is echoed forward through the centuries, and now we have the privilege of helping ensure that the remotest parts of the earth — every tribe, tongue, and nation — is hearing about the Gospel of Jesus Christ. I’m told we are on the verge of reaching every people group!

I am encouraged that there are some who demonstrate this kind of tough faith — the people who take seriously Jesus’ charge in Matthew 16, that we must deny ourselves and take up our cross and follow Him. Jesus said: “For whoever wishes to save his life will lose it. Whoever loses his life, for My sake will find it.”

I’m reminded of the 21 young men who were marched out to a beach in Libya by ISIS terrorists and had their throats slit and their heads cut off. The fact of the matter is, 20 of them were Christians and one of them was not. He was marched out with the others. As the story goes, all 20 Christians were given the chance to recant their faith in Jesus Christ, but they would not. One by one, they were slaughtered. Finally, the twenty-first young man was asked, “What about you?” Having witnessed the boldness and the confident faith of those 20, he replied, “I, too, will put my trust in Jesus Christ.” For that, he was killed on the spot!

Are you likewise motivated by their lack of fear and their bold confidence in their eternal destination? Again, Jesus Christ called us to be fishers of men and to serve the living God, even if it leads to death at the hands of evil men such as on a Libyan beach. How can we have this kind of confident faith? Because we serve a risen Savior.

And that brings me to my main point — a storm is brewing, and not just in our nation. We’re so American-centric that we think the whole world revolves around the USA. Rather, the whole world is going into a period of increasing darkness, and a storm is coming. The tempest of God’s holy wrath is about to be unleashed upon the world. Even those who are spiritually undiscerning are beginning to realize that something is terribly amiss.

Do you remember when Elijah sent his servant to look and see what was happening over the Mediterranean Sea during a time of great drought? Six times the servant came back and said, “There’s not a cloud in the sky.” But, on the seventh time he reported, “There’s a tiny cloud as small as a man’s hand coming up from the sea.” The great prophet recognized that a storm was brewing and soon rain would be sweeping in a torrent over the land. Elijah then ran ahead of the downfall, outrunning even Ahab in his chariot.

Folks, a storm has been brewing in our nation and around the world for many years. We see signs of the times all around us. Some do recognize that there’s a spiritual dimension to this. The world is inclined to react in one of two ways, either with willful ignorance or by seeking comfort in false hopes.

Too many fail to realize the truth that we are sharing: Almighty God is preparing to pour out His indignation and wrath upon the whole earth. There will be no safe harbor, and no port to weather this storm, save one. That safe harbor is at the foot of the cross of Jesus Christ. Unless a person comes in repentance to accept Jesus Christ as their Savior, the wrath of God will pour down upon them.

And, for those who do accept Christ, they will ground themselves on a rock that cannot be moved even as the storms of this life rage. As the writer of Hebrews says, “We have this hope as an anchor for the soul, firm and secure.” But, we are not simply meant to build our own house on the rock and hunker down and wait. Rather, we are to be sending out light to all those who are being swamped by the darkness of this quickly fading world.

And so, rise up, Church, for the time is short! Proclaim to the world that God has sent down His son, Jesus Christ, to die on the cross for our sins, and that He beat death so that we can share in His victory. God promises that everyone who in faith and repentance calls on the name of the Lord Jesus will be saved. We must all grab hold of that promise.