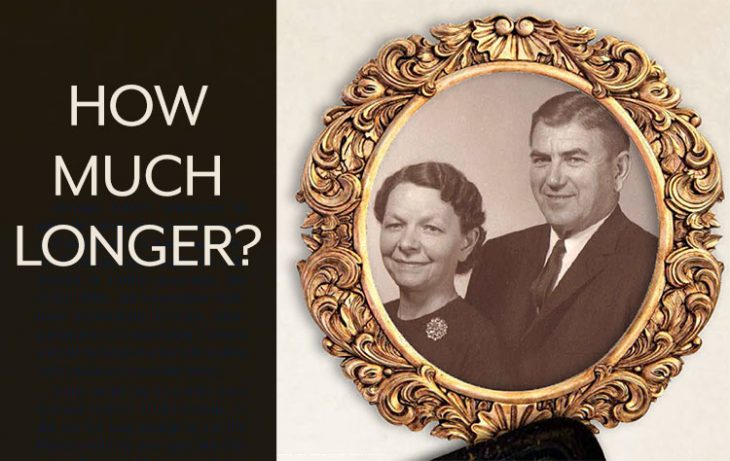 When I was a teenager, I met a wonderful man named Bill Smith. He was a senior adult at the church I attended and simply took the time to express genuine interest in me. Each time I saw him at church, he made a point to speak to me. Eventually, I began calling him Grandpa Smith. His wife Nellie became Grandma Smith.

They did not have any grandchildren, but in the years that followed my entire family adopted Grandpa and Grandma Smith. We also met and loved their daughter, Annette.

Bill Smith had been a world-class car salesman, earning awards and recognition at the national level. He was also an avid golfer — walking 18 holes every day except Sunday well into his eighties. But for most of his adult life, he was far more committed to serving the Lord and sharing the Gospel with everyone he could.

Grandpa Smith carried a Gideon Bible everywhere he went. He was always in good spirits and ready to share a Scripture verse with someone in need of encouragement or direction. In short, he exuded the kind of joy every Christian should exhibit.

Bill went home to be with the Lord in 2013. His daughter asked me to speak at his funeral, and then offered me anything from his estate that would have meaning to me. I asked for his beloved Gideon Bible. It is now one of my most cherished possessions.

Bill began carrying that Bible in 1967 — the year after I was born. He had notes in the front and back flyleaves, including a series of Bible verses to lead someone to salvation. But he also had notes that I reprinted in my booklet, “Looking Forward to the Reign of Jesus Christ.”

Here is what Bill Smith wrote as his own personal testimony:

Grandpa Smith’s willingness to pour into a young man 53 years younger than him tell of a man secure in Jesus Christ and eager to pass his faith forward to another generation. His Gideon Bible and handwritten testimony demonstrate his eager anticipation of Jesus’s soon return. I believe with all my heart that his faith and his anticipation are inexorably linked.

Some would say that Bill’s hope was not realized. Unlike Simeon, he did not live long enough to see the Messiah with his own eyes. But that misses the point. He is now with the Lord and will live forever in His glorious presence. When Jesus comes for His Church, Bill Smith will rise from the grave and be given a glorified body. And, like Paul, He will be given a crown of righteousness, because he truly loved the Lord’s appearing.

I look forward to seeing Grandpa and Grandma Smith again. How much longer? Perhaps much sooner than we anticipate…

“…in the future there is reserved for me the crown of righteousness, which the Lord, the righteous Judge, will award to me on that day; and not only to me, but also to all who have loved His appearing.” (2 Timothy 4:8)