Proofs of the Biblical God: The Nature of Things 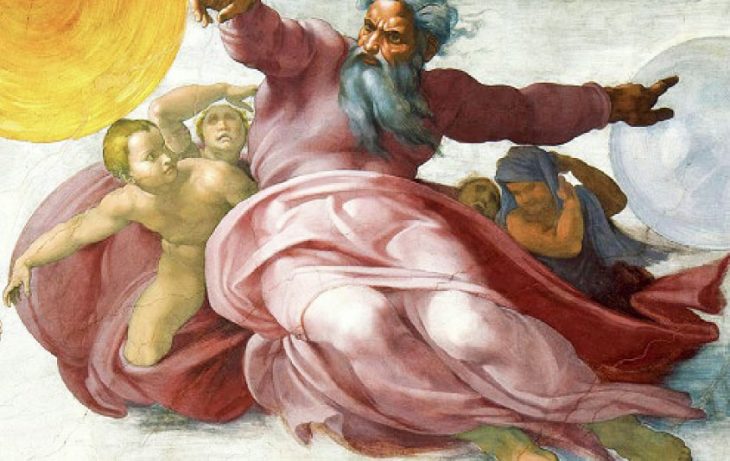 [Note: Our guest contributor, Tommy Nelson, is the pastor of Denton Bible Church in Texas and an acclaimed writer and speaker. He is widely known for encouraging married couples through his teaching on the Song of Solomon, and will be a featured speaker at the 2023 Lamb & Lion Ministries Annual Bible Conference.]

“Since the creation of the world, His invisible attributes, eternal power, and divine nature have been clearly seen.” (Romans 1: 20)

The ground of all being is found in the true and Triune God, whose nature determines the reality of all things. Everything that exists, both the visible and invisible find their answer for existence in God. I once heard Francis Schaeffer say, “If the Bible did not teach the Trinity, I would still be an agnostic.” The Trinity grants the essential answers to all of life. The Bible is not true because it works; it works because it is true. It directs one into the truth, the reality of how things really are.

First, God exists. Matter is not eternal. All things find their existence in God.

God is the source, the means, and the purpose of every atom in the universe. God has condescended to co-exist with His creation. He formed matter, stretched out space, and established time. Philosophers have called Him the “First Cause”, the “Prime Mover”, and the “Unmoved Mover.” The Bible calls Him “YHWH,” the eternal self-existent One. Man not only bears His image, “In Him we have our being.”

David wrote in Psalm 100. “It is He who made us and not we ourselves.” All exists because of God’s self-existence and without God, there would be nothing. Rightly does all creation proclaim the glory of God. (Psalm 19:1). One philosopher has said that the primary observation is that something is there as opposed to nothing. That something is from God “who calls into being that which does not exist” (Romans 4:17).

Secondly, all exists with order, unity, and diversity. Nothing in this world exists solitarily. All things are part of a greater unity. All unities are comprised of diversities. Everything is part of an “order” or, as in the Greek, a “cosmos.” And again, this refects God’s own nature. God is One… but His singular being comprises that of the Father, the Son, and the Holy Ghost. The Tri-unity. Unity and diversity. He has not only shared existence with the creation, but the very majestic and mysterious nature of that existence — that of Intelligent Design.

Which of us has never looked upon a hummingbird, or the Milky Way, or the human body, or a home, or a team, or a mechanical anything, or a molecule, or a quark, and not marveled at unity amidst diversity? As with all things of nature, this is not something observed, thought through, or figured out. Its perception is immediate without thinking through. The conclusions are “understood through what has been made so they are without excuse” (Romans 1:20).

Men are not without knowledge, nor do they have to be brilliant to understand. It’s why “The fool hath said in his heart, ‘there is no God'” (Psalm 14:1), “That which is known about God is evident within them” (Romans 1:19). The glory of our universe and all its fullness is the result of which the Trinity is the efficient cause. I remember even as a non-Christian, studying a cadaver in an anatomy class and standing in awe at the ordered arrangement of the placement of organs in the human torso. Every torso perfectly arranged, no matter where the person was from or when he lived.

The Trinity also grants that all human relationships exist with authority and submission. There is what is called “the doctrine of procession” within the Trinity, where the Father sends the Son, and the Father and Son send the Spirit, and the Son and the Spirit are both subordinate to the Father’s authority. Responsible authority in loving submission marks the relationships within the Trinity, and this is reflected in the institutions of man. The home, the school, marriage, children and parents, the workplace, the church and government. All involve authority and subordination to work as they ought. When leadership is not responsible and loving and subordinates are not obedient and respectful, everything that we perceive as civilization is gone. This “oughtness” in human order finds its origin in the Trinity. Thus, where the knowledge of God is absent, the institutions of society erode, then collapse in rebellion and cruelty — as we are seeing today.

Additionally, human dignity and personhood both result from the Trinity. The members of the Trinity are Persons, all with mind, will, and emotion. And in these we have a standard for the nature of man in the image of God. Man is the image bearer of God and therefore meant to be treated with justice and honor. In the Trinity, the divine nature of society is revealed and the laws concerning the dignity of our fellow man. The basis of human government is the image of God in man (Genesis 9:6). The spirit of all divine law is to “love one another” (Romans 13:9). As Paul said to the Athenians, “‘We are all his offspring.’ Being, then the children of God, we ought not to think that the divine nature is like gold or silver or stone, and image formed by the art and thought of man” (Acts 17: 29). In the Trinity, there is indeed the pleasant notion of “The brotherhood of man and the Fatherhood of God.” Apart from the image of God, we walk in the jungle.

Finally, Love. The gods of the pagan were continually at odds with each other as well as with man. (Poor Prometheus!) But within the Godhead we have personhood, order, morality, and love. The Father loves the Son who loves the Father, and the Spirit loves and delights to reveal and glorify Them as the Spirit of truth. Theologians call it perichoresis (from the Greek peri, “around” and chōreō, “to go, or come.” Think of Fred and Ginger dancing together in perfect harmony — two people, one unit). Thus, in the very nature of God, we have the eternal standards from whence all of life flows forth. Without this eternal foundation life as we know it literally “disintegrates.” Without existence, order, respect, dignity, morality and love, man becomes selfish, unkind, prideful, immoral, violent, and finally insane. Without the Trinity, there can be no life as we know it.

When Paul reasoned to the Greeks about the evidence for God, he used just these arguments:

And, “He is not far from each one of us” (Acts 17: 27). But although these instinctive observations are placed within us and before us, because of the fall of man in the Garden of Eden, man is darkened to God and thus darkened to nature, himself, and his fellow man. “Man is born for troubles as sparks fly upward” (Job 5:7). He’s a dead man walking.

Jesus Christ the Son became one of us at the will of the Father, and through the glorification of the Holy Spirit, man can now be reconciled back to God. Forgiven, justified, reborn, and illumined to the true knowledge of God in His Word and restored to the foundational truths that surround us. Truths that we long for, yet truths that we have lost. And not only do we rest easily upon this rock, but we obey Him and proclaim Him.

“All authority is given to me in heaven and on earth. Go therefore and make disciples of all nations, baptizing them in the name of the Father, the Son, and the Holy Spirit, teaching them to obey all that I have commanded you (to obey); and lo, I am with you to the end of the age” (Matthew 28:19-20).

This age of the offer of and the work of God to restore man back to the perfect knowledge of the true God, the triune God of Israel, and the church — this offer is a limited offer. This age is a limited age.

Is there a joy in being restored to truth? Naturally!