Are You Standing for Righteousness? 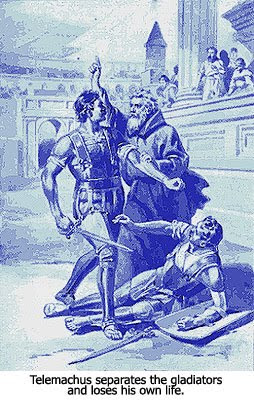 In these end times, God is calling us to take a stand for righteousness in the midst of a society that has become so evil that it has forgotten how to blush (Jeremiah 6:15).

There are three things that each of us need to do in order to stand for righteousness.

A Call to Action

First, you need to pray for God to lay an issue on your heart. You cannot actively oppose all the evil, for it is too great. You must focus your time and energy. Think of it this way: If you pour water on the ground, it runs every which way; but if you pour it into a channel that runs it over a water wheel, you can generate electricity.

So, pray for God to burden your heart with one particular issue. You may wake up in the night weeping for those in bondage to homosexuality. Or, while praying, you may begin to feel a great sense of compassion for women who are contemplating an abortion.

Once God gives you the burden, then change your prayer and start asking what He wants you to do about it. Remember, God does not call everyone to do the same thing.

Take the issue of abortion, for example. He might call one person to be a front line soldier who sits in the doorway of a clinic and risks arrest. He may call another to stand across the street and pray or serve as a sidewalk counselor. He might motivate another to write letters to newspapers and politicians. Others He might call to serve as financial contributors. He might even call you to adopt a baby that someone wants to abort.

Finally, after the Lord has identified your issue and told you what to do, then follow that popular slogan that says, “Just do it!” He will give you the gifts you need to do the job, and He will give you the opportunities. Remember, He is actively searching the earth for people who have given their hearts to Him so that He might strongly support them (2 Chronicles 16:9). Donald K. Campbell, author of Judges: Leaders in Crisis Times, wrote, “The requirement for usefulness is not ability, but availability and trust in God’s enabling power.”

Here’s how Paul put it: “I thank Jesus Christ our Lord, who has strengthened me, because He considered me faithful, putting me into service” (1 Timothy 1:12).

A Monk Who Challenged an Empire

In the Fourth Century there was a monk by the name of Telemachus. He lived alone as a hermit in the desert seeking God. One day he became convinced that he was selfish rather than selfless, and he decided that he would spend the rest of his life serving people, enabling God to touch them through him.

He headed for Rome. He arrived when the Romans were celebrating a military victory over the Goths. Prisoners of war were being marched through the streets. He heard there was going to be a great victory celebration at the Coliseum, and he decided to go.

He was astonished to find 50,000 people cheering as the prisoners of war fought each other to the death in gladiator games. (Keep in mind that Rome had become officially Christian by this time.) Telemachus could not endure what he was witnessing. He was morally outraged, and he decided to take action.

He rushed down the steps, vaulted the retaining wall, and stepped between two gladiators, signaling for them to stop their combat. The crowd was enraged. They began to chant for the life of the monk. Finally, the commander of the games gave in to the blood lust of the crowd and gave the signal for Telemachus to be slaughtered.

Suddenly, a hush fell over the crowd as people began to realize that they had encouraged the killing of a holy man — a minister of Christ. The games ended, and they were never resumed. Edward Gibbon, in his book, The Decline and Fall of the Roman Empire, wrote, “His death was more useful to Mankind than his life.”

Never underestimate what one person can accomplish when that person is called and empowered by God.