Are There Many Roads to God? Part 3

Yes, he did say that, and Peter repeated it in 2 Peter 3:9 where he asserted that “God does not wish that any should perish, but that all should come to repentance.”

There is no doubt that it is God’s perfect will that all should be saved. But in His permissive will, God allows people to reject His Son and thus be lost. In other words, God does not force anyone to be saved. And because of the depraved nature of Mankind, the vast majority of those who have ever lived will be lost and consigned to Hell as their eternal destiny.

Jesus Himself emphasized this truth in His sermon delivered on the Hill of the Beatitudes in Galilee. Jesus stated point blank: “…The gate is wide, and the way is broad that leads to destruction, and many are those who enter by it. For the gate is small, and the way is narrow that leads to life, and few are those who find it…Not everyone who says to Me, ‘Lord, Lord,’ will enter the kingdom of heaven; but he who does the will of My Father who is in heaven” (Matthew 7:13-14 & 21).

The Nature of Man

Again, the Bible emphasizes that the fundamental nature of Man is evil because we are born with a sin nature that puts us in rebellion against the holiness of God. As the prophet Jeremiah put it: “There is nothing more deceitful than the human heart” (Jeremiah 17:9). Likewise, King David wrote: “There is no one who does good…they have all turned aside…there is no one who does good, not even one” (Psalm 14:1-3). The Apostle Paul affirmed this truth in his letter to the Romans when he quoted David’s statement in detail (Romans 3:10-18).

The biblical message is adamant that because of our natural depravity, we have no hope apart from faith in a Savior, and Jesus is that Savior. Isaiah summed it up this way in a prophecy about the promised Messiah: “All of us like sheep have gone astray. Each of us has turned to his own way; but the Lord has caused the iniquity of us all to fall on Him [the Messiah]” (Isaiah 53:6).

The message of the Scriptures is clear. There is only one road to God and that is through Jesus of Nazareth. There is no hope in the modern day false religions of Rabbinical Judaism, Islam, Buddhism, Hinduism, or any of the multitude of natural religions like Animism. Here’s how the great Southern Gospel quartet, The Imperials, expressed this concept in their unique song, “Old Buddha,” composed by Mark Farrow — 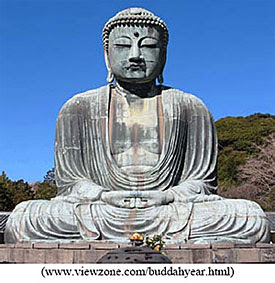 Well, old Buddha was a man
And I’m sure that he did well,
But I pray for his disciples
Lest they end up in hell,
And I’m sure that old Mohammed
Was sure he knew the way,
But it won’t be Hari Krishna
We stand before on judgment day.

Well, I don’t hate anybody,
So please don’t take me wrong,
But there really is a message
In this simple song,
See, there’s only one way — Jesus,
If eternal life’s your goal,
And meditation of the mind,
It won’t save your soul.

In Part 4 of this series answering the question, “Are there many roads to God?”, we’ll look to see if there are any exceptions to the rule that you must place your faith in Jesus alone in order to be saved.