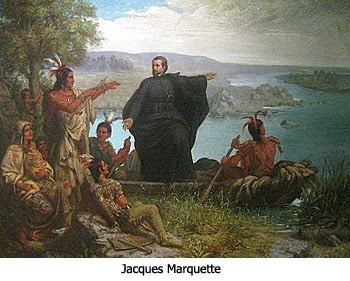 “You Christians are always cherry picking history to support your absurd claim that America was founded on Christianity. It was not!”

Thus wrote Goatcheez, the alias name of a commenter who posted his view under an article concerning America’s Christian heritage. He was rather cheesed off over the very notion that America was founded on the efforts of Christians spreading the Word of God. Was Goatcheez right?

If we were to become revisionist historians, acting as Thomas Jefferson did when he used his razor to slice out all the miracles from the Gospels, then we too could recreate a history as lifeless and neutered as the Jefferson Bible. Remove Christianity and one removes what drove the heart of the very people that became the explorers of the New World. What scraps that remain in the history books would be the Cortez’s and Pizarro’s, Conquistadors who raped the land and killed the people for the love of gold. Remove the people who came to the New World seeking souls for Christ, and very clearly much of the United States would never have even existed.

For evidence, let’s go back to the very beginning of the New World with its discovery in 1492 by Christopher Columbus. Christopher, which literally means “Christ-bearer,” wrote in his journals how he felt called by the Holy Spirit to bring the Gospel to the other side of the world.1 Columbus saw himself in Isaiah 49:6 (NIV). “I will also make you a light for the Gentiles, that you may bring my salvation to the ends of the earth.”

Many of us are more familiar with the Pilgrims and Puritans who settled the East Coast of our nation and provided the theological foundation for our form of government. Less well known are the missionaries who went to the West Coast and the Central part of our nation.

While the Protestant Reformation was still in its infancy in the early 1500s, lovers of God gave up their lives of privilege and self-indulgence to join the only outfit in town that would send them to win souls in need, and so donned the habit. They were willing to give up everything, even life itself, to brave an undiscovered and hostile land to tell people long separated from God about Jesus Christ.

The lands of the Great Lakes were also being explored by Christian witnesses like Jacques Cartier, who in 1543 discovered the Saint Lawrence River. He set up a cross by the waters whereby he could witness to the Indians.3

Jacques Marquette brought the Gospel to the Illinois, exploring much of the Mississippi River before dying of dysentery at age of thirty-eight.4

The selfless courage of these missionaries Satan could not stand up against, no matter how hard he tried. And try he did.

Men like Isaac Jogues were unwavering in their desire to reach the lost. When he was captured by the Iroquois in 1642, Jogues had his fingers gnawed off and he was turned into a slave.5 After a year he escaped to Albany and when back in France, begged to be returned to the Iroquois Indians. Awed again to see Jogues return, Mohawk’s called him a sorcerer and out of fear clubbed him to death.6

Jean de Brébeuf worked nineteen years among the Huron tribe until 1649 when he was also kidnapped by the Iroquois and tortured to death. The Iroquois poured boiling water on his naked body to mock baptism, tied red-hot hatches around his neck, and set a birchbark belt on fire around his waist. When Brébeuf finally made a sound to encourage his fellow captors, the Indians cut off his lips and tongue, rammed a hot poker down his throat, and ate the skin off of his arms before his eyes. In awe of Brébeuf’s faith under trial, his tormentors drank his blood in the hopes of gaining the courage God gave Brébeuf.7 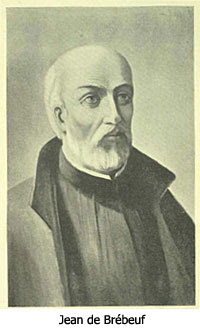 A Call to Courage

America’s greatest explorers were also America’s greatest missionaries. They loved their Savior and the lost more than themselves, even to the point of death. The light they shined in the New World, the darkness was powerless to overcome (John 1:5). The result was the Christian foundation of the United States of America.

May we never forget the debt our nation owes the many missionary pioneers, and may we always seek to follow their fearless example. To do neither is to bring about the spiritual death of this nation.