How could America’s Founding Fathers say they were Christian and not abolish slavery?

In a Christ in Prophecy series titled “America’s Christian Heritage,” Dr. David Reagan interviews a historian who has tackled one of the most haunting questions in American history. 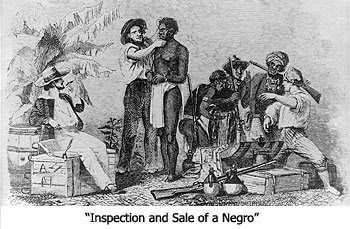 Rev. Marshall: Right. Samuel Johnson the great British essayist said, “What is this yelping about freedom that I hear on the other side of the Atlantic from these slave drivers?”

There was some hypocrisy there. The Founding Fathers were well aware of that. The New England delegates, particularly the Adams’ from Massachusetts and New Hampshire and so forth were absolutely determined to not have slavery in the New Republic.

The problem was that (particularly we write about this in my second book From Sea to Shining Sea) the South Carolina and Georgia delegates said, “Listen, our entire economy is based on slavery. We will never be able to get this Constitution ratified. We won’t be able to be part of the Union unless there are some provision for slavery.” And so, the compromise was that the word “slavery” never appears in the Constitution.

The importation of slaves was finally prohibited 25 years later. They really hoped, as Franklin put it, “Put it on the road to extinction.” They hoped that what would happen would be that the American people would get rid of it, which is why the word does not appear in the Constitution, because they were writing that document for all of eternity. They knew that. They were very conscious of the role they were playing on the stage of world history. The Northern delegates were absolutely committed to getting rid of slavery, but the problem was they couldn’t get the Southern delegates to agree, so there had to be a compromise.

This conflict in American history was not resolved until Appomattox. It took a Civil War because the Church would not deal with it. But, the Founding Fathers were well aware of that conflict and tried to get rid of it, but were not able to.