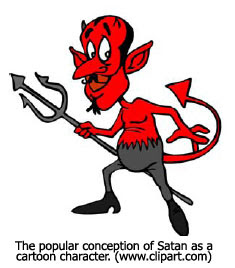 Most people do not take Satan seriously. For many he is nothing more than a cartoon character in a red suit with a sneer on his face, horns on his head, and a pitchfork in his hand.

Recent polls have revealed that 60% of Americans believe Satan is just a symbol of evil and not a living being.1 Even 52% of Christians who identify themselves as “born-again” deny the reality of Satan.2

Celebrities often mock Satan and Hell. I remember a few years ago when the 70th birthday party of Willie Nelson was televised nationally. At one point they showed a collection of video tributes to the famed Country singer. One of Willie’s well known friends laughed and said, “Happy birthday, Willie! I look forward to partying with you in Hell!”

Conan O’Brien, the popular late night TV host, wrote and performed a song mocking Hell. The song is so perverse that only parts can be quoted. The following section will give you the idea:3

I can’t be saved, it’s too late for me
I’m going to H-E Double L when I D-I-E
You could say I’m messed up, but I’m keepin’ it real
I’ll sleep with your mom for a home cooked meal
Give a guy with no legs a new pair of shoes
And give Ben Affleck a bottle of booze
I call up Nick Lechey, tell him he’s gay
Then ask Jessica to spell Chevrolet

Cable television’s Ted Turner mocked Hell in a similar manner when he said, “I don’t need anybody to die for me. I’ve had a few drinks and a few girlfriends, and if that’s gonna put me in Hell, then so be it.”4

The Australian hard rock band, AC/DC, released an album in 1979 titled, “Highway to Hell.” The title song bragged about their determination to end up in Hell:5 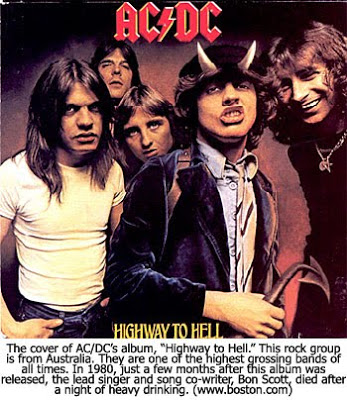 In their song, “The Prince,” the group named Metallica sings:7

There are many other such examples of Satanic songs being peddled today by various musical groups. Most of these songs are probably parodies designed to do nothing but shock. But some of the groups profess to be Satan worshipers.

At the 1991 MTV Awards, the spokesman for the group called Red Hot Chili Peppers acknowledged the receipt of their award by saying, “First of all, we want to thank Satan…”8 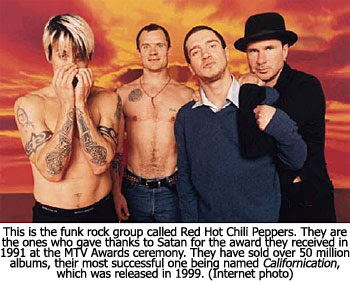 Whether the music is a parody or is a sincere expression of worship, the Satan and the Hell it glorifies do not exist. The true Satan has no interest in blessing anyone, except for the purpose of ensnaring their souls, and there will be no partying in Hell. The Word of God teaches that Satan is a real person who is interested only in the destruction of people — all people, even those who claim to worship and adore him.

In the next segment of this “Satan’s Story” series, we’ll look at what the Bible says concerning Satan’s origin.

1) The Barna Group, “Most American Christians Do Not Believe that Satan or the Holy Spirit Exist,” www.barna.org, and Religious Tolerance, “About Ghosts, Satan, Heaven, Hell, etc.,” http://www.religioustolerance.org/.