The Flight of the Gospel Angel 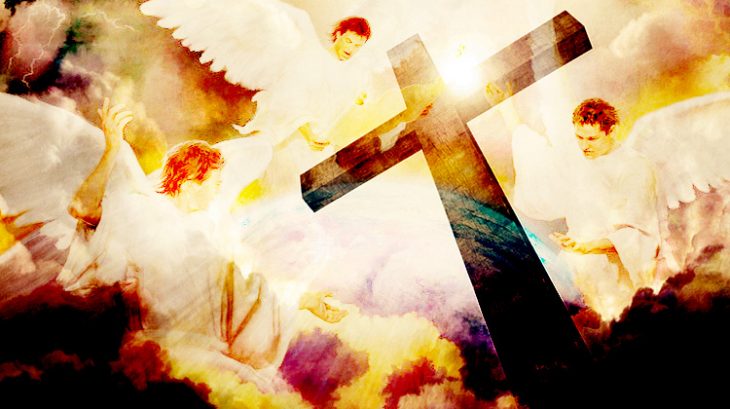 Then I saw another angel flying in the midst of heaven, having the everlasting gospel to preach to those who dwell on the earth — to every nation, tribe, tongue, and people — saying with a loud voice, “Fear God and give glory to Him, for the hour of His judgment has come; and worship Him who made heaven and earth, the sea and springs of water” (Revelation 14:6-7).

As Jesus was preparing to ascend to Heaven, His curious disciples asked, “Lord, will you at this time restore the kingdom to Israel?” (Acts 1:6). To their utter disappointment, Jesus replied, “It is not for you to know times or seasons which the Father has put in His own authority” (Acts 1:7). Rather, Jesus left them with the monumental task of establishing the Church across the globe and over the centuries.

While the question, “When will the kingdom come?” may have still been troubling the Apostle John’s mind decades later while he was scribing the book of Revelation, he probably had an inkling that the answer lay with an important teaching Jesus made during His earthly ministry. Jesus foretold that the “end will come” when “this gospel of the kingdom will be preached in all the world as a witness to all the nations” (Matthew 24:14).

Understandably, some Christians today have misunderstood this prophecy to mean that every single person on the planet must hear the Gospel before the Rapture of the Church. But, that is incorrect. The prophecy instead looks forward to the time when Jesus will become King over all the earth, and that will not occur until the end of the Tribulation. Therefore, this prophecy does not mean the Church will evangelize the entire world before we are raptured and before the Tribulation begins. It is talking about the Second Coming, not the Rapture.

Sure, Christians are making a good run of the Great Commission, as various missions agencies report the joyous news that all but the smallest of remote people groups, numbering 50,000-100,000 people or less, have already been reached with the Bible in their own languages. But, no, God has in mind a special final crusade for the inhabitants of the Tribulation, for it is during those seven years that every single person on the planet will be presented with the Gospel.

Salvation During the Tribulation

With the Church long gone due to the Rapture, how will those left behind learn about Jesus Christ and His offer of salvation? To begin with, at the onset of the Tribulation, the removal of millions of Christians off this earth in the Rapture should provide a huge wake-up call. Those left behind will have access to all our Bibles and other Bible teaching media. Also, the wrath that will be poured out through the 21 Tribulation Judgments is meant to bring people to the end of themselves so that they will repent and turn to God.

The Two Witnesses will preach mightily from Jerusalem during the first half of the Tribulation (Revelation 11:3-12). Furthermore, throughout the first half of the Tribulation and on into the second half, 144,000 Jewish evangelists commissioned by God will evangelize the world (Revelation 7:3-8). And, finally, entering into the second half of the seven years, God will send His mighty angels directly to each and every person to share the Gospel, fulfilling Christ’s prophecy (Revelation 14:12).

In God’s plan to present the Gospel to every single person on the planet before the Second Coming, the Almighty will release three proclaiming angels near the end of the Tribulation. One will warn people not to take the mark of the Antichrist. A second will announce God’s judgment on the headquarters of the Antichrist. The third, which we can call the Gospel Angel, will serve as the one who will proclaim the Gospel to all the world.

John witnessed the Gospel Angel flying across the heavens preaching to every “nation, tribe, tongue and people” (Revelation 14:6). The angel will proclaim the “everlasting gospel,” saying in a loud voice, “Fear God and give glory to Him, for the hour of His judgment has come; and worship Him who made heaven and earth, the sea and springs of water” (Revelation 14:7).

The four elements of his message are: fear God, glorify God, realize your judgment is at hand and so worship Him.

The Meaning of Fearing God

When it comes to the Bible’s command to fear God, we often misunderstand its meaning. Prophecy expert Daymond Duck clarified what fearing God actually means in the Bible when he wrote:1

Satan would have us believe it means to be afraid of God, but that is incorrect. To fear God means to have a holy respect for him, believe he exists, and believe he reigns and will judge all mankind. This kind of fear is the beginning of wisdom, and it pleases God.

Likewise, the author of Ecclesiastes concluded his message emphasizing the necessity of keeping such a reverent attitude. He wrote: “Fear God and keep His commandments, for this applies to every person” (Ecclesiastes 12:13).

The Gospel Angel will proclaim, “The hour of His judgment has come” (Revelation 14:7). For those who heed the Gospel Angel’s Good News proclamation, they will surrender to the fact that Jesus died for our sins and beat death by resurrecting Himself from the dead.

When we place our faith and trust in Jesus Christ, we are saved from the just punishment for our sins. The judgment we deserve is taken off of us and placed onto Christ at the Cross. Those saved can then stand before the Father holy and pure, having nothing to fear.

But, for those during the Tribulation who continue to reject the Gospel Angel’s message, a warning given by Jesus will apply to them: “But I will show you whom you should fear: Fear Him who, after He has killed, has power to cast into hell; yes, I say to you, fear Him!” (Luke 12:5).