From Islam to Christianity: Mohammad Versus Jesus 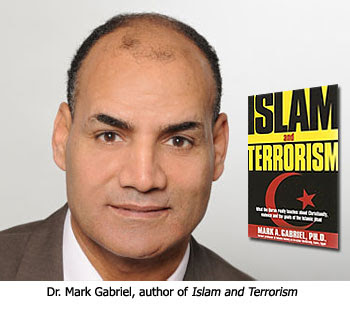 What are the differences between Mohammad and Jesus?

When Mark revealed that he had become a Christian, his father tried to kill him to save the honor of the family. He finally fled to South Africa where he was given refuge by a Christian family. Assassins pursued him to South Africa and nearly killed him. He then fled to the Congo and finally came to the United States where he was granted religious asylum.Mark travels extensively, telling the truth about the religion of Islam. Mark is also the best selling author of three books published by Charisma Press: Islam and the Jews, and Jesus and Mohammad, Islam and Terrorism, a must read for anyone who wants to understand the war against terrorism in which the West is engaged.

The Islamic View of Jesus

Dr. Reagan: Mark, let’s talk a little about the Muslim view of Jesus. I read in the paper where a Muslim Imam was invited to speak at a large Christian church in the Chicago area. And, when he got up to speak, the very first thing he said was, “I want you to know that we Muslims love Jesus as much as you Christians do.” Was that an accurate statement or not?

Mark Gabriel: Absolutely it’s not! The statement of this man is a deceitful statement. Why? Because the image of Jesus Christ in the brain of Muslims in the Quran and in the Hadith which are the teaching of Mohammad is totally different than the biblical Jesus. The Quranic teaching and the Islamic teaching about Jesus is that Jesus is the son of Mary and he was born from Mary through a miracle performed by Allah. He cannot be the Son of God. He cannot be God. He didn’t shed his blood. All the biblical views about the identity of Jesus Christ are misinterpreted by the Quran and by the Islamic teaching. When this man makes a statement like that, he absolutely deceives the Christian congregation and church, just as the Muslim imam did after September 11 when he deceived the world through the secular media by claiming that Islam is a peaceful religion. It’s the same.

Dr. Reagan: Let me make sure I understand this. They do believe in a miracle birth for Jesus, but the Mary that they identify is confused, because isn’t Mary the mother of Jesus identified in the Quran as Mary the sister of Moses?

Mark Gabriel: Exactly. It’s one of the historical mistakes in the Quran.

Dr. Reagan: Yes, there are a lot of mistakes made from the Old Testament. I get the impression that in his travels Mohammad probably talked to a lot of Jews and Christians and heard these stories, but he got them all mixed up.

Dr. Reagan: So, they view Jesus’ birth as miraculous in some way or other, although it is from the wrong person. And, then they argue that Jesus was not God in the flesh, but basically just a great prophet, right?

Dr. Reagan: Do Muslims from the Quran deny the Crucifixion?

Mark Gabriel: Absolutely, chapter number four explains this dismissal. It says Jesus never died, nor was He ever crucified. When the Jews tried to crucify Him, Allah took Him to Heaven and He’s still alive in Heaven today.

Dr. Reagan: Do Muslims believe that there will be a Second Coming of Jesus?

One of these things Jesus will do when He returns is that He’s going to come and kill all pigs around the world. This is from the Hadith, the word of Mohammad. Jesus is also going to come to break all the crosses around the world. He is going to stop collecting taxes from Christians. And, He is going to bring justice to the world. This is the only good point. Mohammad just picked up bits from the Bible and this is their view and their belief about His Second Coming. It’s unbelievable!

For example, the Bible gives us prophecies concerning the coming Messiah. On the Islamic side, they claim there is a prophecy about the coming, final prophet. When Jesus was a little boy and went to the Temple at the time and Simeon prophesied over Him. Islam claims there was another Arabian guy, the cousin of his first wife, who they say also prophesied about Jesus going into the Temple and debating with the Jewish religious leaders. Mohammad also went to the religious center of Mecca and debated with religious people. So, there are some similarities like that.

Another example is Jesus chose 12 disciples to spread His message. Mohammad also chose 12 we can say friends, or 12 leaders, to lead his army and his military in exporting Islam out of Arabia.

Dr. Reagan: So, really, there are some similarities that are not really all that significant, but the contrasts are something else. To get into those contrasts, tell us a story of the Muslim woman that you met in South Africa.

Mark Gabriel: Jesus Christ came to bring hope, to bring forgiveness, to bring peace and love. Mohammad came to bring revenge, hatred, loss, killing and bloodshed. It’s very obvious. For example, the Bible tells us in John 8 about the woman who committed adultery and was brought to Jesus by the Jewish people in Jerusalem. The Jewish people knew at that time that this woman according to the Law of Moses would be stoned. They really came to test this great preacher and teacher. Jesus instead commanded them, “Let any one of you who is without sin be the first to throw a stone at her” (Jn. 8:2-11). Because they knew the fact about themselves that they were sinners, they just left her in front of Jesus, and they just walked away. Jesus then came to the woman and asked her, “Woman, where are they? Has no one condemned you?” She replied, “No one, sir.” He said to her, “Then neither do I condemn you, go now and leave your life of sin.” In other words, Jesus by what He did and said to this woman fulfilled His word that the Son of Man came, not to kill or destroy, but to give life. Jesus is the Way. He is the Truth. He is the Life. He came to bring life.

Dr. Reagan: What happened when a woman in adultery was brought to Mohammad?

Mark Gabriel: History repeated itself in an amazing way when 600 years later Mohammad received a Muslim woman who committed adultery. The reason why the Muslims brought her to him was because the Islamic judgment of adultery wasn’t established yet in Islamic law. So, Mohammad asked the woman, “Did you really commit adultery?” She answered, “Yes, Prophet, and I am pregnant now.” He then commanded her, “Fine, go back home, wait till you deliver the baby, and wait with your baby, nursing him or her for two years, and then bring your baby and come back to me.” She did. She delivered the baby, she nursed the baby for two years, and she carried her baby back to Mohammad. She gave the baby a little piece of bread to eat it just to show Mohammad that the baby could now eat and that he was not in need of nursing anymore. Mohammad then took the child from her and commanded his friend to dig a hole in the ground. They put her in the hole so that only her head was above the ground. They proceeded to stone her, killing her in front of her own baby.

When I was in South Africa, I was living with a Christian family and they invited me to go meet with a Muslim woman they had met who was living in abject poverty. She was greatly honored when she found out I had been a professor at Al-Azhar University. As she began to bestow her honors I said, “You don’t understand, I’m not a Muslim anymore. I have become a Christian.” She was rather astonished and upset. She asked me why I would leave the Islamic religion and so I told her the story. I also told her the different stories about Jesus and Mohammad in how they handled adulterous women, and the woman just began to weep and weep and weep. I asked her why she was sobbing. She replied, “I am that woman. I am that woman. I am living here in abject poverty because I have committed adultery. My family is trying to kill me and so I am hiding out. I want Jesus. I don’t want Mohammad.” Through the telling of that story she accepted the Lord Jesus Christ. She delivered her baby. Her baby was baptized in the Baptist Church, and we just praised the Lord for that.

Dr. Reagan: Mark, what would you say to any Muslim?

Mark Gabriel: I would like to say to any Muslim man or woman in any place around the world that Islam will not give you peace. Mohammad will never lead you to a right way to connect with God and to experience His love, His forgiveness and His peace. Only Jesus Christ can give you peace in your life and can forgive you of your sin. He can do this because He is the Lord of Lords. He is the Prince of peace. He is the forgiver. He is the one who came to tell us about the secret of Heaven. He is the one who came to connect us with God the Father.

Muslims, man or woman, please think carefully about your life and the conditions you live under. Look at the miserable lives which Muslims are living in any part around the world filled with hatred, bloodshed, killing, conflict and terrorists. There is only one way for you to get out of this mess, and that is just to accept Jesus Christ as your Lord and your Savior.