Romans 1 and Society: The Genetic Decline

Does humanity have much time left due to the Fall’s effect on our bodies? And, if not long, what can stop the decline?

During the 45 minute live show we talked about how April was a tough month for Christians. April held the Day of Silence for Homosexual Students, Pot Head Day, and Earth Day bringing out the green police. Plus, as Matt said, “Apparently, I’m supposed to be more outraged by what Mitt Romney does with his money than by what Barack Obama does with mine.” We also discussed the Christianity Under Attack Conference and DVDs, the rise in Autism, as well as attempted to pinpoint when the birth of the Christian Church began for the Gentiles. Read and listen in! 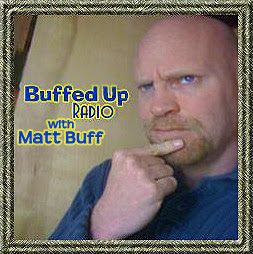 Off to a Rough Start

Matt Buff: Nathan, welcome to the program! Glad to have you back on.

Nathan Jones: Hey, glad to be on, Matt! Good to talk with you again.

Matt Buff: I hope everything in Texas has been going good for you.

Nathan Jones: We had a rash of killer tornados come through that picked up tracker trailers and blew them all over the place like they were toy cars. They did a lot of damage down south in Forney and in Arlington where the DFW airport is. But, the Lord spared a lot of people and we’ve just been really blessed. This time of year could be far worse in the way of weather, but recently here in Dallas we’ve been blessed.

Matt Buff: That’s good that you were able to avoid some of those tornadoes. We’ve had some listeners write in that weren’t as fortunate as they’ve been very close to the action. This is a prophetic year in my eyes because when we have as many natural disasters and are setting temperature record after record after record, we can look around this world and know to be looking for the imminent and soon return of Jesus Christ.

Nathan Jones: Amen! Weathermen report that in this heat wave we’ve had 15,000 different records broken this year. On the flip side, New England is getting a freak snowstorm which they usually don’t get even by the end of April. The weather this year is already going crazy and I can’t even imagine what the summer is going to be like with the heat being so high as it already is. Then there’s the earthquakes we’ve been experiencing. The Lord is telling us something with this. He’s trying to shake us out of our apathy by saying, “Look up, for I’m coming soon!”

Matt Buff: Amen to that!

Matt Buff: You and I were talking a little bit earlier on Facebook about how it’s been kind of a tough month for Christians just here in the United States. On April 20th we had the Day of Silence for the homosexual community. Also it was called Weed Day. April 20th is now a day for all the pot heads all over the United States to celebrate (although they don’t move very quickly when they’re celebrating it!).

Also in April we’ve had Earth Day. When I was a kid Earth Day was a cool thing. You would go out and plant a tree and appreciate your earth. But now, “green police” are out in full force trying to tell you what to do with your life and how to change and make things better so we can “save the planet.” They are trying to save a planet that they are not even in control of.

Nathan Jones: Yes, and then they blame all the problems of the world on Global Warming.

Matt Buff: Speaking of that, another prominent scientist came out today with an article which strangely enough was posted on MSNBC. He even recanted his book he wrote in 2006 saying something like, “I was an alarmist and I shouldn’t have been because clearly the situation isn’t what I thought it was.”

Nathan Jones: The whole notion behind Global Warming is that it’s a propaganda war really. One day you read about 49 scientists who come out and say, “Hey, this Global Warming thing just doesn’t have any scientific evidence.” And then, the next day the opposition comes out with an article saying that more Christians in churches are adopting issues about Global Warming and how to deal with them. So, this agenda is definitely a war for the hearts of the people.

This propaganda war is close to me because my youngest son is eight and he’s autistic. Every week there’s a new article that comes out with somebody declaring, “This is the reason for Autism.” Every week the reason behind Autism is something different, but in reality it’s always agenda based. For example, just the other week the reason for Autism was because the mothers are overweight. They are obese and therefore that condition is causing Autism, so we need to do something about that and get these women to lose weight. Such a claim flies just out of the blue, and there’s no scientific backing to the claim, but they can use Autism to help fight the obesity issue. Or, if its an environmentalist cause like ridding the world of pesticides, well these environmentalists will claim that pesticides are getting into our children and so therefore we need to get rid of all pesticides.

It’s just shameless how Global Warming and all these different issues are used as propaganda tools to push people’s agendas, and pushing one’s own agenda is what everything’s about lately. There’s no agreement to be found out there. There’s a total disregard for uniformity of facts as everybody is out there with their own agenda doing their own thing. The mass self-interest is just tearing the world apart.

Matt Buff: It is tearing us apart. We are being forced to pick sides. Someone somewhere probably does blame Autism on Global Warming as there’s nothing else to blame it on.

Speaking of Autism, I had my four year old tested for Autism. I don’t know exactly what you are going through, of course, but I know a little bit about it by the studies. Supposedly, now we have 1 in 110 children labeled autistic in this country.

Nathan Jones: I’ve seen the latest results and it’s now 1 in 88 children! That’s the statistic that just came out in March of 2012. They demonstrate a continuing trend every year of more and more children becoming autistic. For boys it’s a whopping 1 in 44! These increasing numbers definitely has become a major issue making people finally start to take notice.

With the rise in Autism I often hear the whole idea of the survival of the fittest being lauded. I’ll hear that from some parent when it comes to getting vaccines for instance. They don’t care if some kids get Autism as long as their kids are protected from almost non-existent diseases like polio.

Matt Buff: Yes, and it came back negative. He has a myriad of issues, but Autism was not one of them. I am thankful for that. There are lot of things we have to do with him, though. He has lots of syndromes and symptoms of things, but Autism isn’t one of them.

What saddens my heart is we have so much money going to the lazy in this country, yet Autism is the least funded and yet most effecting issue the people in this country increasingly need to face. I know funding is starting to pick up for research, but at this time you are right, doctors don’t know where Autism comes from. I’ve heard the reports that it could be caused by vaccines, or maybe too many vaccines at once. So, understandably, parents are backing off the vaccines now because they are just not sure if they’re the cause. You and I with children have our hands up in the air because we just want to do what’s best for our kids, but with so much conflicting information and opinions this country sure is making it tough.

Nathan Jones: The closer we get to the end we will see the breaking down of the human genome. We live in a time with all the medicines that we’ve got that are supposed to help us prolong our lives, but it seems like we are just getting sicker and sicker and our kids are getting poorer and poorer health-wise.

Do you remember that old Michael Keaton movie Multiplicity where he made carbon copies of himself. Well, one of the carbon copies decides that he is going to make his own carbon copy of himself, and this new carbon copy of the carbon copy ended up being really stupid and it couldn’t do very much. Like that, I’m wondering if the human genome is breaking down as we go through time and are constantly living under the Fall. We are constantly bombarded by radiation and subjected to our own nuclear experiments and food additives. Who knows how fast the human genome is wearing down, and if the Lord didn’t come soon how far before we have a whole society that is genetically totally broken down?

I don’t know for sure how much longer we’ve got as a species, but I’m sure the human population doesn’t have very much longer before we need Jesus to come back and lift the Curse partially off the world during the Millennial Kingdom and restore the human race to the lifespans and health we had before the Flood. I think then we will stop seeing so much deterioration in the human body like we are seeing today. Jesus’ return will result in an end to there being autistic children and people who are just sick due to genetic disabilities.

In the next part of this interview with Matt Buff concerning Romans 1 and society, we’ll look at some of the false examples of what humanity turns to when we shed our morality.