We are going to continue to study the life of the Prophet Elijah, one of the most interesting persons in the Bible, by recounting the story of Elijah’s confrontation with the prophets of the false gods of Jezebel in 1 Kings 18. We have asked Don McGee, the founder and director of Crown & Sickle Ministries which is located in Amite, Louisiana, to tell the story.

Elijah vs. the Prophets of Baal

The account of Elijah and his confrontation with the prophets of Baal is found in 1 Kings 18. It’s one of my favorite accounts in the whole Bible.

One of the reasons I really enjoy reading and studying the account of Elijah is the way that he conquered the enemies of God — by the power of the Spirit of God working within him. That’s an application for us even today, and something that I’ll explain in just a little while.

One of the major things that we see as we begin the story is how Elijah confronts the pagan King Ahab. And folks, this is something that we see very little of today, for there is very little confrontation with evil. But, Elijah had no problems, no qualms whatsoever, about going up to Ahab and pointing his bony finger in his face and saying to the effect, “You are the problem, Ahab. It’s not me! The fact that there’s no rain on the face of the earth is not my problem. God has withheld rain because of your choices and your decisions and the leadership posture that you have with our people.”

I don’t understand what Ahab was thinking at this time. Ahab was a pagan king and he had to know at least to some degree that the worship of Baal and the worship of Baal’s consort Asherah was all hogwash. There wasn’t anything to it, and yet he took up the challenge. Now, folks, this is interesting, because it tells us the depth of deception that Ahab was living in. Did he believe that he could really win this contest? I think that the key thought when we examine this is that Ahab was deceived.

Notice the great question in chapter eighteen and verse twenty one. Elijah approached the people and said, “How long are you going to hesitate between two opinions? If Yahweh is God, follow Him; but if Baal is God, follow him.” It says that the people didn’t answer him a word. This is indicative that the people were so steeped in paganism that there was really no conviction in their heart about the God of their forefathers. So, they said, “Okay, this is something that we’re going to want to watch.” 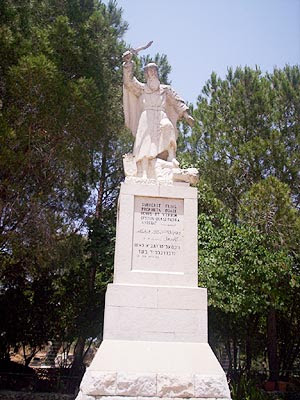 You have to understand that there were a lot people standing out there watching this thing. They were aware of Ahab and Jezebel and the corruption that was in their administration. They knew a little bit about this raggedy-looking old prophet who suddenly appeared on the scene, but they didn’t know a whole lot about him. So, they’re interested in what’s going to happen here, because the result of this confrontation would set the spiritual posture for their nation.

First thing that Elijah did is that he told the people and told the prophets of Baal and Asherah, “You go ahead and start your operation.” And they did. The Bible said that they went through all kinds of incantations. He said, “Since you’re so numerous, choose for yourself one bull and prepare it first.” And they took the bull and they started their little raving. It says they screamed from morning until noon, “Baal answer us!” The recorder said there was no sound, for no one answered. It says that they did their lame dance around the alter they had made. That was the first thing Elijah did. He gave them their shot, and they went from morning until noon and nothing happened.

Then Elijah removed all doubt about deception in his own sacrifice. He said about the time of the evening sacrifice, about 3 o’ clock, he said, “Okay, guys, you’ve had your turn. Now it’s my turn.” So, he took some stones and he rebuilt this alter that had been there evidently for some time, and he piled the stones up again, and he took some wood and he put it on the alter. He then took his bull and he sacrificed it. He killed it and he put it on the alter. He then told some people to pour water on this thing. And, the reason he did that, was because he wanted to remove all question about the integrity of what he was about to do. They poured water all over the sacrifice.

And then, the third thing he did is that he ordered a simple prayer. Notice the simple prayer that he prayed. He said, “Lord God of Abraham, Isaac, and Jacob. Let it be known today that you are God in Israel and I am your servant and at your word, I have said these things. Answer me, Lord. Answer me so that these people will know that you, Yahweh, are God, and that you have turned their hearts back.”

The Bible says that God sent fire from heaven! Actually, this is the first example of a nuclear strike that we have in the history of humanity, because God sent fire from heaven. Not only did it consume the sacrifice, but it consumed wood, and folks, only a nuclear reaction can consume stone and dust. It took care of everything. God just didn’t say “I am God.” He said, “I am God, and you better not forget it”. This is what God did with this magnificent demonstration of His power. Not only did this test demonstrate that Yahweh was God, but it demonstrated that Elijah was His spokesman.

I pray God’s blessings upon us as we study this story and renew our faith.

The the third segment on our study on the faith of the Prophet Elijah, we’ll have Evangelist Don McGee and our Web Minister Nathan Jones provide some applications from Elijah’s life of faith that we can use today.