The Implosion of America: An Inevitable Collapse

(Editor’s Note: This essay is an edited version of the sermon delivered by Robert Jeffress at the Lamb & Lion annual Bible conference which was held in June of this year. Jeffress is the pastor of First Baptist Church in Dallas. The sermon is based on his book, Twilight’s Last Gleaming, published in 2011 and available on Amazon.com. The sermon is available in full in our DVD album, Living on Borrowed Time.)

An Illustration of America’s Future 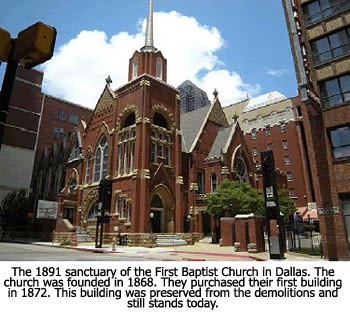 The demolition people met with me, and they said the best way to achieve this is through an implosion. And they explained to me what they were going to do. They said, “We’re going to take 200 pounds of dynamite and attach it to key structural supports within those five buildings. We will then explode the dynamite, there will be a pause, and then the law of physics will take over. Without those foundational supports, the buildings will fall in on themselves under their own weight.” I said, “Well, that sounds pretty good to me. Let’s do it.” 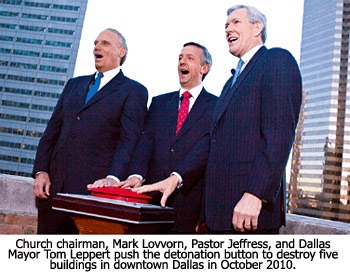 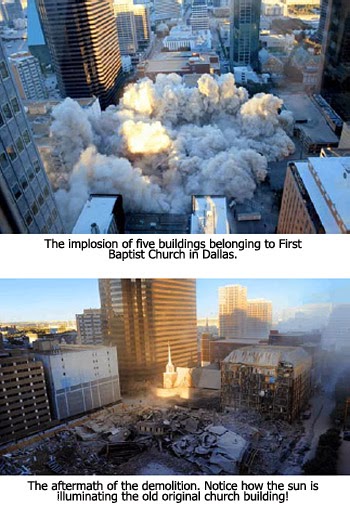 Ladies and gentlemen, over the last 50 years our Supreme Court has made four explosive decisions that have so weakened the moral and spiritual structure and foundation of our country that our inevitable collapse is certain. Right now we’re simply living between that time of the explosions that have weakened our basic foundation, and the coming implosion.

In the second segment of Dr. Jefferess’ sermon on the implosion of America, he’ll identify explosion number two and how that ties into the interpretation of the First Amendment of America’s Constitution.