Welcome back to Tel Aviv, Israel and the 2014 Holy Land Tour!

After some much needed sleep from our long journey, our pilgrims began their first full day exploring Israel. Many got up early to watch the sunrise through the mist that alighted atop the sea-side town and Mediterranean Sea. The weather was abolutely perfect and provided the best views up and down the coast.

Tel Aviv is a new enough city at about 90 years old to be considered Israel’s first modern city, but now old enough that it’s time for a face-lift. Every street is under renovation to the tune of jackhammers.

Where we visited just south is the biblical town of Joppa, now called Yafo or Jaffa. In the Old Testament, it was the allotment given to the tribe of Dan, the seaport where Jonah set sail to run away from God, and the entry point for the cedars of Lebanon used in the construction of both the First and Second Temple. In the New Testament, it was where the Apostle Peter had his vision from God concerning Cornelius. 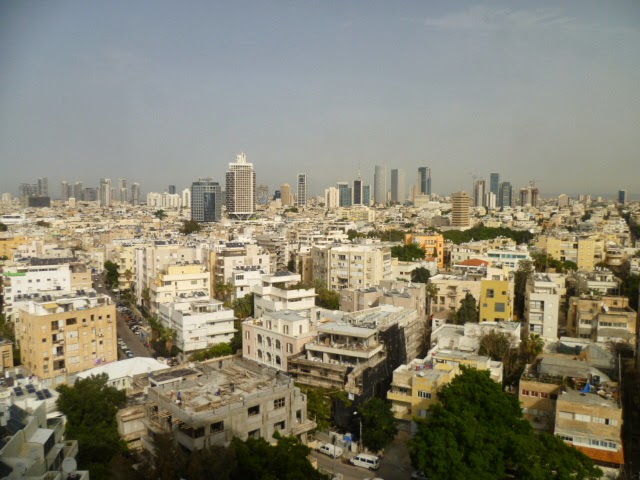 Tel Aviv has grown so much due to Jews making aliya that these buildings weren’t even here 20 years ago. This is the view from Dugit Ministries’ 12th floor V.I.P. Prayer Tower. 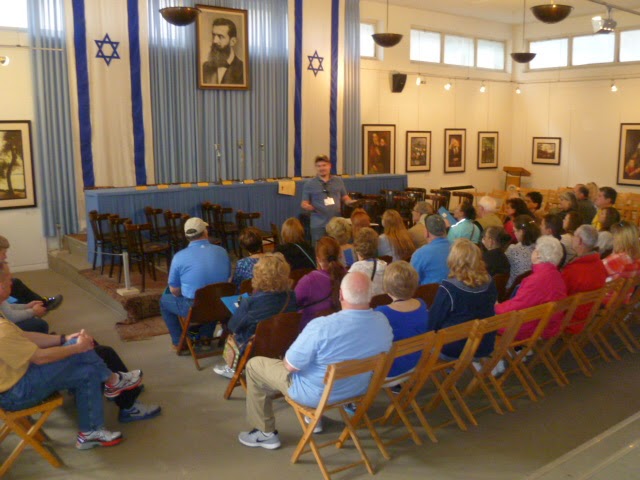 Nathan Jones gives the prophetic message behind the importance of this room, where on May 14, 1948, Israel declared itself it’s own nation. Moses warned the Jewish people that if they departed from God’s law that they’d be deported from their land (Deut. 28:58,62-67), but He promised a remnant would survive (Jer. 30:11). Like a valley of dry bones coming back to life, so too would the Jews regather one day as a nation (Isa. 11:10-12; Ezek. 37). We live in the very day that Israel is regathering that second time in unbelief to rebirth their nation (Isa. 66:7-8). And, when the Jewish remnant accepts Jesus as Messiah at His Second Coming, they will be a priestly people during His coming Millennial Kingdom (Isa. 66:21-23). The story of the nation of Israel is a living object lesson for God’s redemptive plan for mankind. 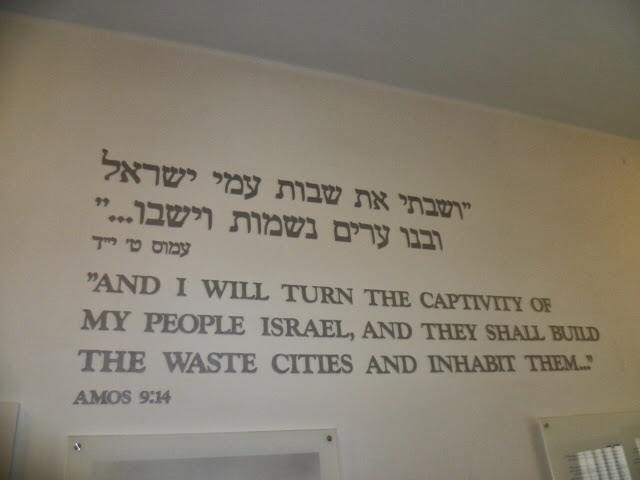 Another Bible prophecy fulfilled, as we stand in the very heart of a rebirthed Jewish nation. 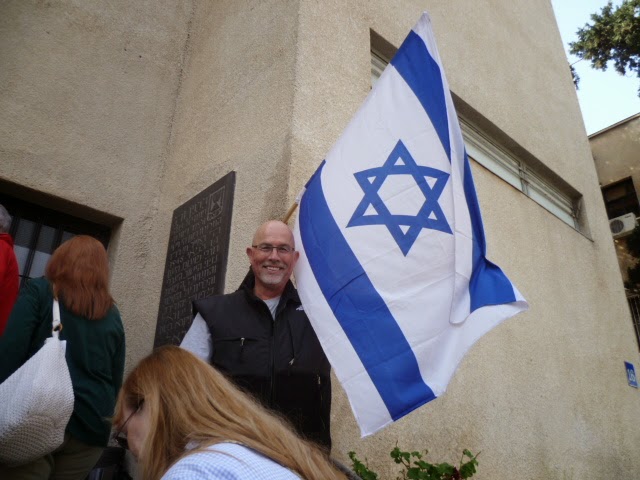 George may be Jewish at heart, for he sure loves this nation, and knows his way around it. 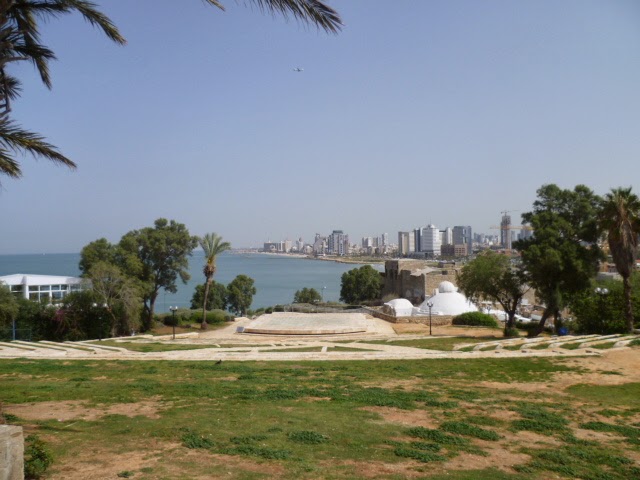 The vista from neighboring historic Joppa is breathtaking! The people living here pay what you’d imagine to live in a balmy coastal town with such a view. 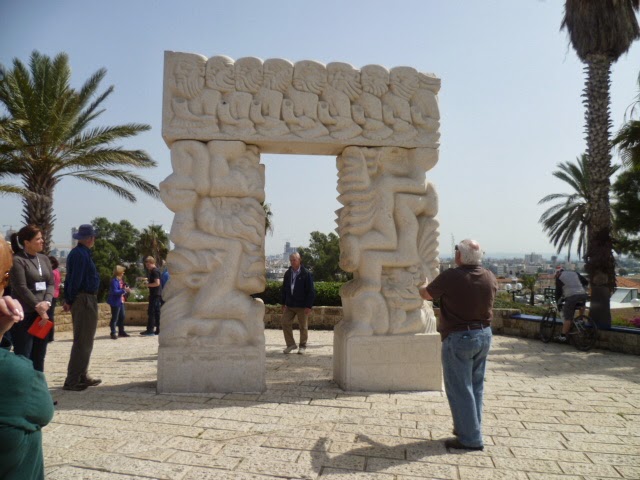 It’s called the Statue of Faith, but honestly, I cannot make heads or tales of what it represents by looking at it. Supposedly, it depicts Jacob’s dream, the sacrifice of Isaac, and the fall of Jericho. Good thing guides like Ronnie know these things. 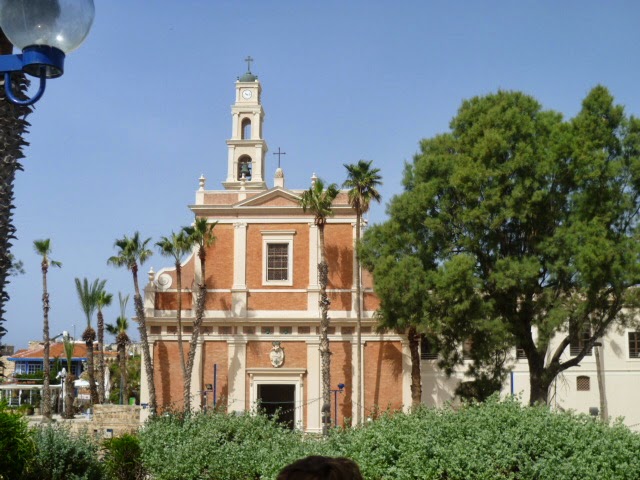 The Church of Saint Peter, supposedly on the spot where Peter had the vision from God that it was okay to give the Gospel to the Gentiles (Acts 10). It now functions as the embassy for the Vatican in Israel. Like most Catholic churches in the Holy Land, the interior decor is stunning, with this church in pink marble. 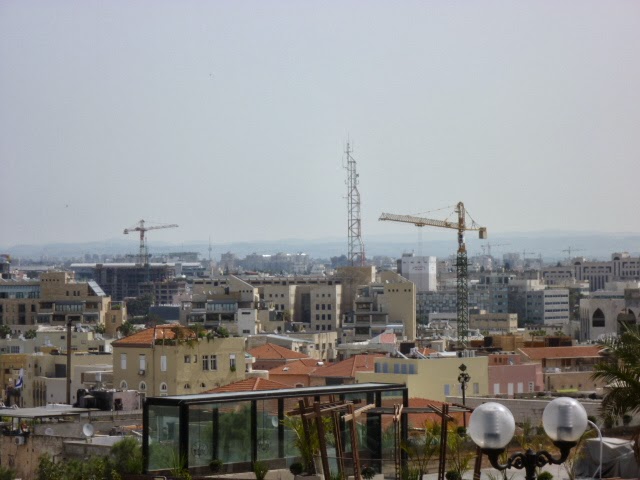 For you bird watchers out there, here’s the perfect view of Israel’s national bird – the crane. 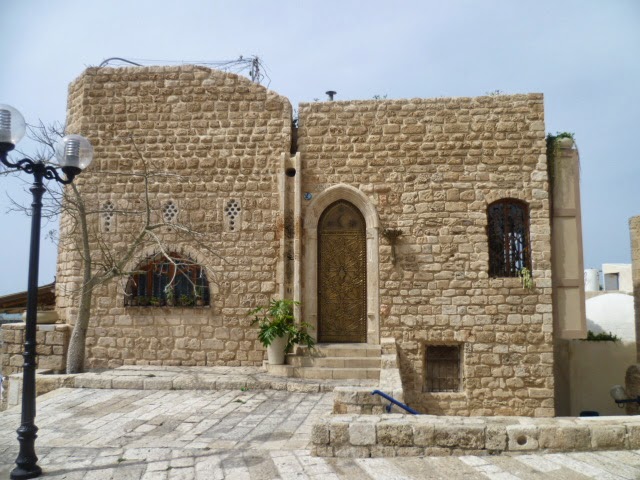 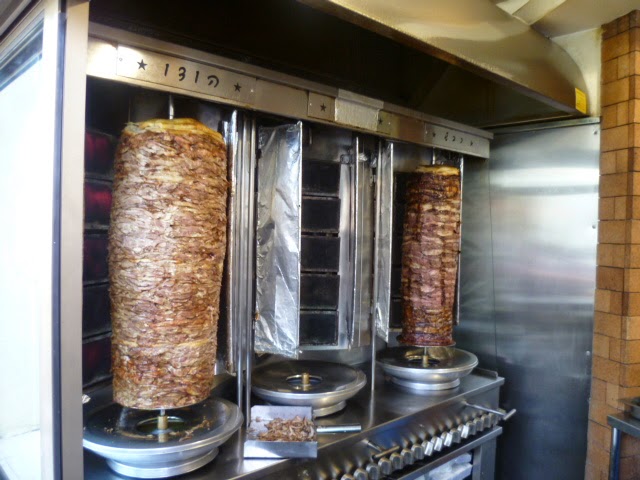 Meat for your shawarma at the Arabic restaurant we lunched at, Haj Kabil. Nobody got my Avenger’s reference. 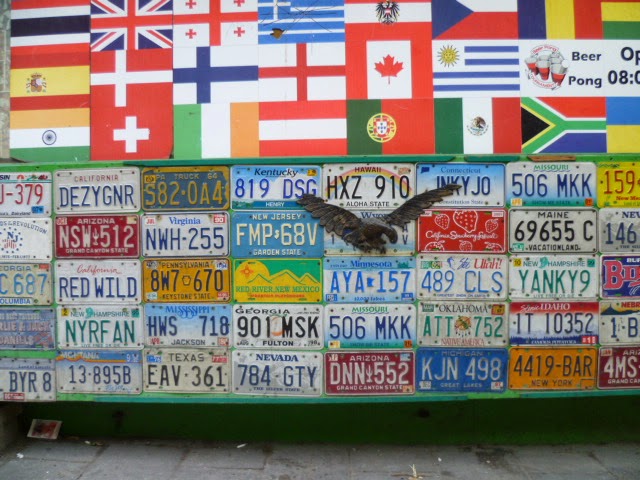 In America we go out for ethnic food. In Israel, welcome to Cafe Americana! 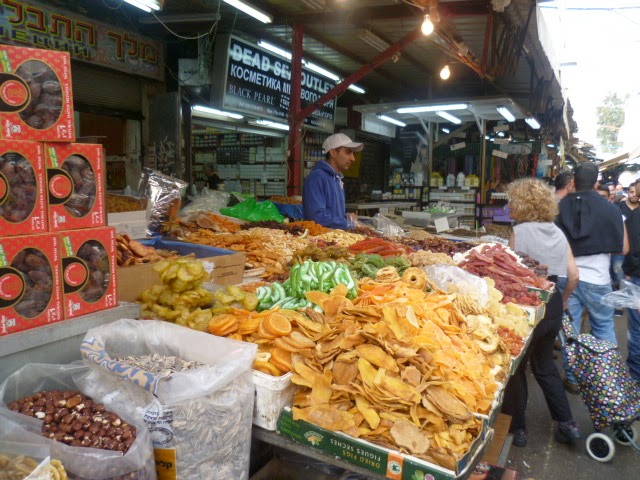 The Carmel Market offers every fruit and spice one knows about, and many they don’t.

Tomorrow starts Day 4 as we leave Tel Aviv early and head north up the coast towards Lebanon and then over into the Galilee.