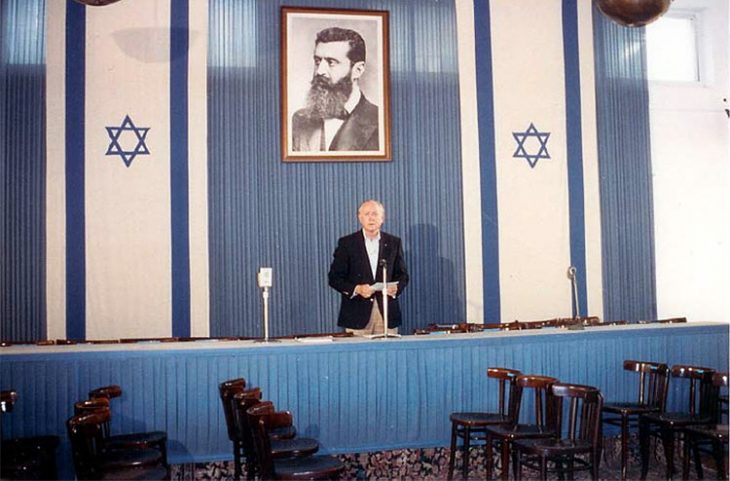 To me, one of the most important places to visit in Israel is Independence Hall in Tel Aviv. That’s where David Ben-Gurion read the Israeli Declaration of Independence on May 14, 1948. When you go there, you realize that you are in a place where Bible prophecy was fulfilled. And in my opinion, from a biblical perspective, it is the site of the most important event of the 20th Century — more significant than the detonation of the first atomic bomb or the first walk on the moon.

It is a tragedy that 90 percent of the pilgrimage groups do not visit this site. The reason is that most churches ignore Bible prophecy, and their members have no idea of the significance of the re-establishment of the state of Israel. And so, after landing in Tel Aviv, nearly all groups board a bus and drive immediately to Tiberias on the Sea of Galilee.

Tel Aviv was founded in 1909 on the beach just north of the ancient port of Jaffa. Thus, one of the oldest cities of Israel is located adjacent to one of the newest. Independence Hall was built shortly after the establishment of the city. Originally, it was the home of Meir Dizengoff, an early Zionist and businessman. He became the first mayor of Tel Aviv. When his wife died in 1930, he gave the building to the city, and it as converted into an art museum.

One of the highlights of my life occurred in 1987 when I went to Israel to shoot our first video album about Israel in Bible prophecy. I was granted permission to stand in the exact spot in Independence Hall where David Ben-Gurion stood in 1948. As I stood there, I read portions of the Declaration of Independence. That’s me in the photograph.