Now, up to this point I have been evaluating the most important event of the 20th Century from a humanistic viewpoint — the splitting of the atom and the advent of atomic weapons. But if we shift to a much more important spiritual viewpoint, then I would argue that there was an event in the 20th Century that was far more important than the development of nuclear weapons.

That event was the worldwide regathering of the Jewish people back to their homeland — an event that resulted in the reestablishment of the state of Israel.

And like many of the great events of the 20th Century which were preceded by equally great or greater foundational events, the miraculous regathering of the Jewish people was possible only because of a greater miracle God performed — namely, the preservation of the Jewish people for more than 1,800 years despite the fact that they were dispersed worldwide and were severely persecuted almost everywhere they went.

And lest you think I am exaggerating, let me prove it to you.

There are many Bible prophecies concerning the regathering of the Jewish people in unbelief. In fact, their regathering in unbelief is the most prolific prophecy in the Old Testament Scriptures.

Let’s take a look at three of the most important of those prophecies. The first is found in Jeremiah 16. It is mind-boggling. Read it carefully:

14) “Therefore behold, days are coming,” declares the LORD, “when it will no longer be said, ‘As the LORD lives, who brought up the sons of Israel out of the land of Egypt,’

15) but, ‘As the LORD lives, who brought up the sons of Israel from the land of the north and from all the countries where He had banished them.’ For I will restore them to their own land which I gave to their fathers.”

This same prophecy is repeated verbatim in Jeremiah 23:7-8.

You cannot fully appreciate what is said in these verses unless you know something about Judaism. The one event that all Jews consider to be the greatest miracle in their history is the deliverance of their ancestors from Egyptian captivity under the leadership of Moses.

But this scripture passage asserts that a time will come when the Jews will look back on their history and proclaim that their regathering from the four corners of the earth — the event that began in the 1890s and continues to this day — was a greater miracle than their deliverance from Egyptian slavery. In other words, the regathering that began in the 20th Century and continues today will eclipse the Exodus! 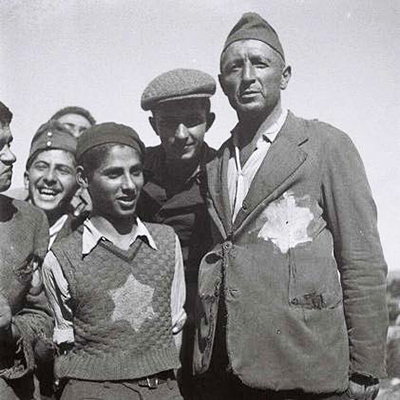 This means that you and I are privileged to witness one of the greatest miracles of history. And yet, the average Christian has no appreciation for what is happening because he is ignorant of Bible prophecy and he has been taught that God is finished with the Jews. Therefore, the current regathering is simply viewed as an accident of history.

The second prophecy I want to bring to your attention is found in Isaiah 11:

10) Then in that day the nations will resort to the root of Jesse, who will stand as a signal for the peoples…

11) Then it will happen on that day that the Lord will again recover the second time with His hand the remnant of His people, who will remain, from Assyria, Egypt, Pathros, Cush, Elam, Shinar, Hamath, and from the islands of the sea.

12) And He will lift up a standard for the nations and assemble the banished ones of Israel, and will gather the dispersed of Judah from the four corners of the earth.

Some have tried to debunk any modern application of this prophecy by claiming that it was fulfilled about 500 years before the time of Jesus by the return of the Jews from Babylonian captivity. But that cannot be. The passage refers to a “second” regathering (the return from Babylon being the first). Further, it states this will be a regathering “from the islands of the sea,” which is a Hebrew colloquialism for the whole world, as is made clear in verse 12 where it states that the regathering will be “from the four corners of the earth.” Also, verse 12 says that “the banished ones” of both Israel and Judah will be regathered. The return from Babylon was a regathering of Jews from Judah.

The third prophecy is found in Ezekiel 37. This is the famous prophecy of the Valley of the Dry Bones. The prophet was placed in a valley full of bones and told to preach to them. As he did so, the bones began to come together, flesh grew back upon them and they came to life, becoming “an exceedingly great army” (Ezekiel 37:1-10). At that point, the Lord explained to Ezekiel what he was witnessing:

11) Then He said to me, “Son of man, these bones are the whole house of Israel; behold, they say, ‘Our bones are dried up and our hope has perished. We are completely cut off.’

12) “Therefore prophesy and say to them, ‘Thus says the Lord GOD, Behold, I will open your graves and cause you to come up out of your graves, My people; and I will bring you into the land of Israel.'”

This is a symbolic prophecy. The dry bones represent the Jewish people in their end time dispersion, with no hope of ever existing again as a nation. The resurrection from their graves represents their regathering from the nations where they had been dispersed.

We can be assured of this interpretation because it is the one that God Himself provides later in the chapter:

21) “Say to them, ‘Thus says the Lord GOD, Behold, I will take the sons of Israel from among the nations where they have gone, and I will gather them from every side and bring them into their own land;

22) and I will make them one nation in the land, on the mountains of Israel; and one king will be king for all of them; and they will no longer be two nations and no longer be divided into two kingdoms.'”

Again, those who are determined to argue that God has no purpose left for the Jewish people, attempt to invalidate these verses as an end time prophecy by arguing that they were fulfilled when the Jews returned from Babylonian captivity. But that simply cannot be.

The entire chapter has an end time context. It speaks of a regathering from “the nations,” and not just from Babylon (verse 21). It says this regathering will result in a union of Jews from both Israel and Judah (verse 19). And it says that following this regathering, the Jewish people will turn their hearts to God and will become “My people” (verse 23).

At verse 24, the chapter moves into the Millennial Reign of Jesus as it speaks of David (in his glorified body) once again becoming the king of the Jewish people. Further, it states that at that time, “the nations will know that I am the LORD who sanctifies Israel…” (verse 28). 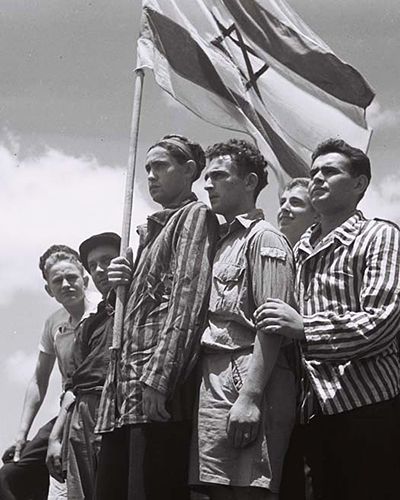 Survivors of the Buchenwald Death Camp
arrive in Haifa in July of 1945.
(Source: Wikimedia Commons)

I was talking with a friend recently about the life of Jesus, and he said to me, “Wouldn’t it have been exciting to live in biblical times?” My response: “We are living in biblical times because we are being granted the privilege of seeing the fulfillment of one of God’s greatest biblical promises — that one day He will regather the Jewish people in unbelief back to their homeland from the four corners of the earth.”

Further, we should keep in mind that end time Bible prophecy focuses on the Jewish people and the nation of Israel, and the things that God is doing among the Jewish people today, in fulfillment of many prophecies, is proof positive that we are living in the season of the Lord’s return. That’s the most important reason for considering the regathering of the Jewish people to be the greatest event of the 20th Century.