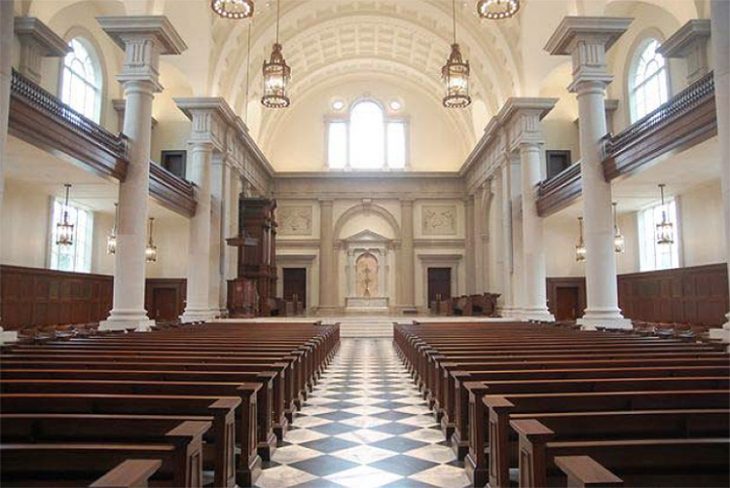 Clarence Thomas, an Associate Justice of the United States Supreme Court, recently delivered some strong remarks in behalf of religious liberty in America. The occasion was the dedication of a new chapel at Hillsdale College in Hillsdale, Michigan.

Hillsdale College was founded in 1844 by Abolitionists who were Free Will Baptists. It is no longer identified with any Christian denomination, but it is strongly committed to Christian values. Its core curriculum focuses on the study of Western Civilization as a product of the Greco-Roman culture and the Judeo-Christian tradition. Hillsdale requires every student, regardless of concentration, to take courses on the Great Books and the U.S. Constitution.

Since 1984, the college has been one of several in the United States which declines governmental financial support. Instead, it depends entirely on private donations to supplement students’ payments for tuition.

The school publishes an outstanding monthly commentary on American constitutional liberties called Imprimis. The content is mainly drawn from speeches delivered at Hillsdale College events. First published in 1972, Imprimis is one of the most widely-circulated opinion publications in the nation, with over 4.8 million subscribers.

Hillsdale College is committed, by its Articles of Association, to provide “sound learning” of the kind needed to maintain “civil and religious liberty,” as well as “to teach by precept and example the essentials of the Christian faith.”

Hillsdale has always had a chapel, but the last one to be built, in the 1850s, had become too small to accommodate the growing student body. In 2015, a man and his wife approached the school with an offer of $15 million to build a chapel where all the students could worship together. The school accepted the gift and launched a building campaign to raise a total of $28 million. The chapel, which seats 1,300, was dedicated on October 3, 2019, and the guest speaker was Justice Thomas. 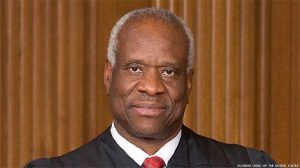 “This Chapel’s enduring beauty highlights the transcendence, the sovereignty and the grace of God. It truly illustrates how architectural design can reflect the character of God and evoke a sense of reverence for His majesty…”

“Beginning in the early 1900s, many elite private colleges and universities began to face questions about the continuing relevance of religious instruction on campus. These questions would have surprised the founders of those schools, many of which were created in part for the express purpose of providing religious instruction. But as time went on and as schools moved away from their religious roots, the relevance of religion to higher education was increasingly questioned, and campus chapels, in particular, came to be viewed as relics of a bygone era…”

“By constructing this chapel, Hillsdale College upholds the continued importance of its Christian roots, even as it respects the rights of each person to worship God according to the dictates of his own conscience. Our country was founded on the view that correct understanding of the nature of God and the human person is critical to preserving the liberty that we so enjoy.”

“John Adams wrote, ‘Our Constitution was made only for a moral and religious people. It is wholly inadequate to the government of any other.’ He recognized that the preservation of liberty is not guaranteed. Without the guardrails supplied by religious conviction, popular sovereignty can devolve into mob rule, unmoored from any conception of objective truth…”

“Each generation is responsible both to itself and to succeeding generations for preserving and promoting the blessings of liberty. Faith in God, more than anything else, fuels the strength of character and self-discipline needed to discharge ably that responsibility. That is why I am so encouraged by the construction of [Hillsdale’s] Christ Chapel…”

“Let it point to a day when ‘the dwelling of God’ will be ‘with men,’ when God Himself will ‘wipe away every tear’ and mend every wound…”

“Let this chapel equip and inspire us to honor God in whatever He calls us to do. For, as Saint Paul wrote in his letter to the Romans, ‘From Him and through Him and to Him are all things. To Him be glory forever. Amen'”

Apostasy in the Church   Society   United States of America