In Memoriam of a Great Prophetic Voice: Jack Van Impe 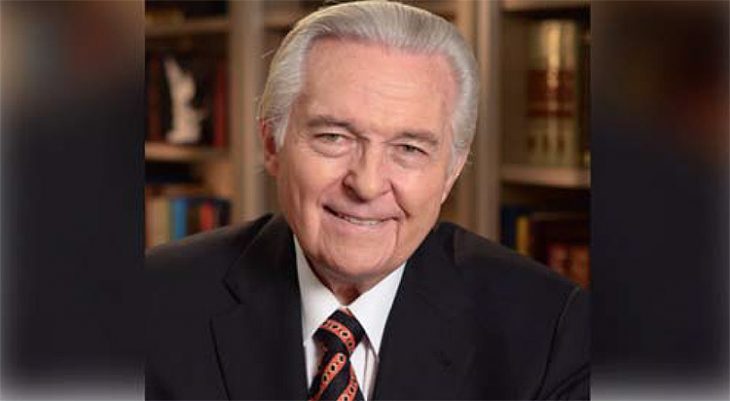 One of Christendom’s most powerful prophetic voices was called home to the Lord on January 18, 2020, at the age of 88. He was renowned for his vast memorization of Scripture and his instant recall of verses relevant to what he was talking about. Franklin Graham called him “The Walking Bible.”

He was born in 1931, in Freeport, Michigan, two years after his parents had immigrated to the state from Belgium during the Great Depression. His parents worked as farm laborers in sugar beet and vegetable fields. His father later worked in a Plymouth car factory in Detroit. Jack was their only child.

Jack’s father taught him how to play the accordion, and the two of them began playing together at beer joints and night clubs. His father was a hard drinker who believed that religion was hogwash. But when Jack was 12 years old, his father was converted to Evangelical Christianity. This led to the conversion of Jack and his mother.

Jack decided he wanted to become an evangelist, so after he graduated from high school, he entered Detroit Bible Institute, where he earned his diploma in 1952. It was then that he began his career as a musician, preacher and evangelist.

He began his evangelistic work with Youth for Christ, serving as a musician for them. This was about the same time that Billy Graham began working for the same ministry. It was at one of this ministry’s rallies that he met his future wife, Rexella, who was hired to be an organist with the crusades. The couple were married in 1954, and together started Jack Van Impe Ministries in 1970.

Over the next ten years, they traveled the country together, performing music and preaching in 130 cities. In 1980, they launched their television program, Jack Van Impe Presents. By the mid-1990s, the program was being aired weekly in about 25,000 cities in the US and Canada, and in more than 150 other nations around the globe. Viewers seemed to be intrigued by Van Impe’s ability to show the relevance of Bible prophecy to current events.

Because he focused on end time events, he was often condemned as a “doomsday prophet.” Jack’s response in an interview with the Detroit News was, “Rexella and I are not doomsday people. We believe the greatest time is coming.”

I never had the blessing of meeting Jack Van Impe personally. Yet, I felt like I knew him personally because, over the years, he called me so often on the telephone. Sometimes, he wanted to compliment me on one of my magazine articles, which he usually quoted on his TV program. At other times, he wanted to tell me how much he had enjoyed one of my books, and he often ordered several hundred copies to offer to his viewers.

He stunned me one time when he wrote an unsolicited review of my book, God’s Plan for the Ages, saying that the book “offers a sweeping, panoramic view of prophetic events unlike anything I have ever studied, even after having read more than 11,000 books!”

I mention all this because early in the history of this ministry, I discovered a surprising and disappointing fact that the leaders of many ministries are very jealous of other ministries and are therefore reluctant to provide any help or encouragement. That was certainly not true of Jack Van Impe. He was a constant source of encouragement to me, just as was my mentor, Tim LaHaye.

In 2015, when Jack became seriously ill and could not appear on his television program for several months, he invited me to fly up to Michigan to record two programs with Rexella. I accepted the invitation and was blessed by the opportunity. 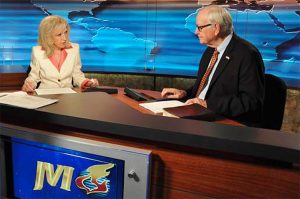 Jack, like me, was a person who took God’s Prophetic Word to mean what it says. He was, therefore, a Premillennialist who believed in a Pre-Trib Rapture. He was also a person who did not believe in tip-toeing through the tulips when it came to denouncing apostasy in the Church and identifying dangers to American democracy, like Islam. He spoke out courageously against abortion, homosexuality, same-sex marriage and Christian heresies, like the idea that there are many roads to God. I regret that I never got an opportunity to meet him personally, so I am looking forward to getting acquainted with him in Heaven.

Meanwhile, as we await the glorious return of our Savior, please pray for his wife, Rexella, to whom he was married for 65 years.