A Biblical Perspective on Dealing with the Coronavirus Crisis 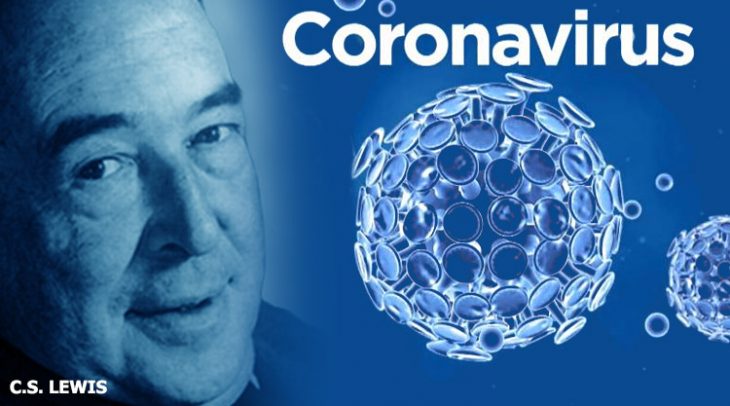 Clive Staples Lewis (1898-1963) is considered to have been one of the greatest defenders of the Christian faith during the 20th Century. For those of you who may not be familiar with him, he was born in Northern Ireland and became a professor of Medieval English Literature, first at Oxford University (1925-1954), and later at Cambridge University (1954-1963).

He committed his life to Christ when he was 32 years old, and he proceeded to write many insightful and inspiring books about Christianity. These included some that have become Christian classics, like The Problem of Pain (1940), The Screwtape Letters (1942), The Chronicles of Narnia (1950-1956), and Mere Christianity (1952).

In 1948 he published an essay titled, “On Living in an Atomic Age.” Although it was written 72 years ago, it is very relevant to the coronavirus pandemic that we are dealing with today. As you read the excerpt below, just substitute “coronavirus” for “atomic bomb.”

“In other words, do not let us begin by exaggerating the novelty of our situation. Believe me, dear sir or madam, you and all whom you love were already sentenced to death before the atomic bomb was invented: and quite a high percentage of us were going to die in unpleasant ways. We had, indeed, one very great advantage over our ancestors — anesthetics; but we have that still. It is perfectly ridiculous to go about whimpering and drawing long faces because the scientists have added one more chance of painful and premature death to a world which already bristled with such chances and in which death itself was not a chance at all, but a certainty.”

“This is the first point to be made: and the first action to be taken is to pull ourselves together. If we are all going to be destroyed by an atomic bomb, let that bomb when it comes find us doing sensible and human things — praying, working, teaching, reading, listening to music, bathing the children, playing tennis, chatting to our friends over a pint and a game of darts — not huddled together like frightened sheep and thinking about bombs. They may break our bodies (a microbe can do that) but they need not dominate our minds.”

The Bible says that one of the reasons Jesus came to this earth was to free people from their bondage to the lifelong fear of death (Hebrews 2:15). Those of us who have put our faith in Jesus as our Lord and Savior should live and walk in that freedom.

We should live with confidence and not in fear because we have hope — the promise of living forever in new, glorified bodies in a new Jerusalem on a new earth (Revelation 21:1-7).

David Reagan: We should live with confidence and not in fear because we have hope — the promise of living forever in new, glorified bodies in a new Jerusalem on a new earth (Revelation 21:1-7). Click To Tweet

So, as people gripped with panic fight each other at stores to purchase toilet paper and Spam, we should be salt and light by exhibiting peace and calm in the midst of chaos. Doing so may prompt people to ask why we are behaving so calmly, giving us an opportunity to share the Gospel. One other thought — if you think the current panic is bad, it is nothing compared to what the mass panic will be like after the Rapture of the Church.