Homosexuality Can Be More Than A Sin 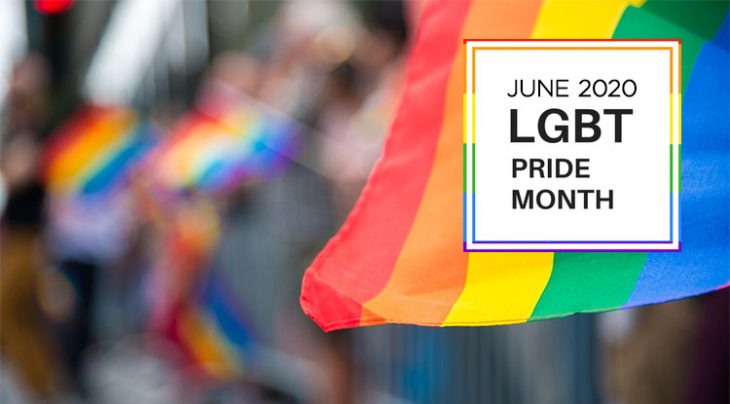 Before I explain the title of this article, I must first do something that would have been unthinkable 20 years ago: I must prove that homosexuality is a sin. That’s how far and fast the center of Christianity has shifted toward a gross degree of apostasy that previously was considered impossible.

Proving homosexuality is a sin is simple. It is condemned as such in both the Old Testament (Leviticus 18:22 & 20:13) and the New Testament (Romans 1:26-27, 1 Corinthians 6:9-11 & 1 Timothy 1:8-11). Read these verses for yourself. They are perfectly clear in their condemnation of homosexuality as a sexual perversion that constitutes a sin against God.

The only way to get around these verses is to play games with them by spiritualizing them to mean something other than what they say. Depraved minds can do that, and so it is done all the time. There are even homosexual churches masquerading as Christian churches that blatantly claim these verses do not mean what they say.

It is one of the only sins identified in the Bible that has an advocacy group in the Church! Another is those professing Christians who advocate the horror of abortion. Advocating the permissibility of homosexuality is, to me, equivalent to arguing that it is okay to commit adultery.

The Christian advocates of homosexuality have even perverted the story of Sodom and Gomorrah (Genesis 19) into meaning that God destroyed the cities, not because of their sexual perversion, but because they were “inhospitable to strangers.”

And then there is the pathetic defense made by some Christian defenders of homosexuality that goes like this: “God made them that way, so it must be okay.”

Wake up folks! All of us have been born with a sin nature which is manifested in various ways. Are we to excuse “natural-born adulterers” or “natural-born thieves or liars”? Of course not. We are to call them to repentance and abandonment of their sin. We are not to encourage it.

Churches today that are accepting homosexuals into their fellowship without requiring repentance of their sin, and who are ordaining homosexuals as clergy without demanding repentance and abstinence, are operating in open rebellion against God — thumbing their nose at Him and His Word. These are churches that have sold out to the world, seeking the acceptance of society over the approval of God.

Let’s now get to the title of this article: How can homosexuality be more than a sin? Again, the answer is simple: Homosexuality can be a judgment of God.

Romans chapter one makes this very clear. The chapter states that when a nation as a whole sets its jaw against God and His Word and refuses to repent, God will step back, lower His hedge of protection and allow evil to multiply. It’s what theologians call “abandonment wrath.”

To explain it another way, when a society makes it clear to God that they have no interest in abiding by His Word, He will step back and abandon them to their desires. Basically, this happens when God responds to unrepentant sin by saying, “If you want to live in a fouled nest, then so be it.”

The book of Romans says the first stage of this abandonment by God will be characterized by the outbreak of a sexual revolution (Romans 1:24-25), which is exactly what happened in this country in the 1960s. The passage then says if rebellion continues, God will step back a second time, lowering His hedge of protection again, and a plague of homosexuality will descend upon the nation (Romans 1:26-27). Again, that is exactly what happened in our nation, beginning in the 1980s and 90s.

If there is still no repentance, then God will step back a third time and turn the nation over to a “depraved mind” (Romans 1:28). That is where we are today.

The Sexual Perversion Movement in our nation has achieved the legalization of homosexuality, same-sex marriage and transgenderism. But that is not enough. It is now demanding the legalization of polygamy, pedophilia and prostitution. There is no satisfying the movement’s appetite for depravity.

So, there is definitely a point in a nation’s rebellion against God when homosexuality ceases to be just a sin. It becomes a judgment of God. And those Christians who have given their approval to homosexuality are literally spitting in God’s face.

The Grace of God

What makes it so sad is that God, in His amazing grace, is willing to forgive and forget the sin of homosexuality for any person in bondage to it who will repent and receive Jesus as their Lord and Savior. Further, once having done that, the Holy Spirit will provide the person with the spiritual power to abstain from the sin and become an overcomer.

In 1 Corinthians 6:9-11, God identifies homosexuals as part of a group of “the unrighteous” who will not inherit the kingdom of God. But then, the Apostle Paul declares: “Such were some of you; but you were washed, but you were sanctified, but you were justified in the name of the Lord Jesus Christ and in the Spirit of our God.”

Praise the Lord for His love and grace!