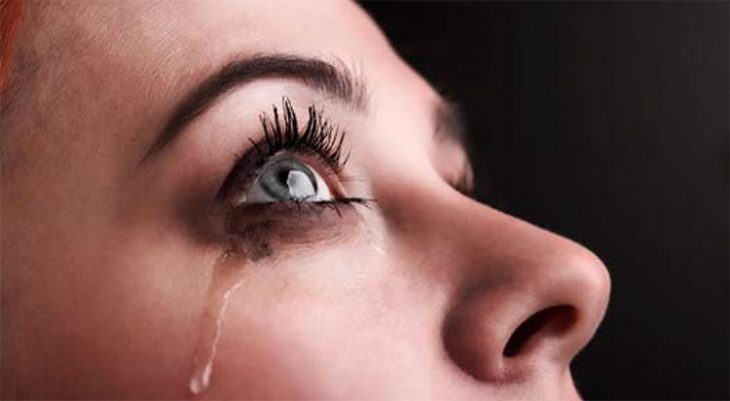 Two days before Christmas, my phone rang, and I received the news that a dear friend had lost her battle with leukemia. She had suffered terribly for almost five years. She was a devout Christian who had exhibited great faith throughout her suffering.

Shortly after Christmas I received a letter from a radio listener. She outlined a crisis in her faith in the following words:

Just a few days ago, a very close friend of mine’s mother was stabbed in the neck outside her church and was killed. The Scriptures over and over speak of God’s protection for us, but yet, several times, I have seen horrible things happen to God’s children. This makes me unsure of exactly what God’s protection means for us. Are these scriptures not to be taken literally? Were they not given to us to offer us hope and to prompt us to trust in the Lord?

Hebrews 11:6 says, “Without faith it is impossible to please God, for he who comes to God must believe that He is, and that He is a rewarder of those who seek Him.”

Suffering is paradoxical. It has a way of making or breaking us. It can convert a person into a bitter, depressed and vengeful wretch who spends his time shaking his fist at God. Or, it can have the opposite effect; it can draw a person deeper into the Lord and shape that person more fully into the image of Jesus.

The response depends upon the quality of one’s faith. As Billy Graham used to put it, “The same sun that melts the butter hardens the clay.”

The Example of Job

But why must the righteous suffer? It is a difficult question. The Bible is full of many examples of righteous people who suffered mightily. Ezekiel says that Job was one of the three most righteous men who ever lived. Yet, who has ever suffered as Job did?

Job’s incredible suffering was aggravated by his so-called friends who came to him and blamed it all on his sins. Their accusations were unjustified, for the very first verse of Job says he was “blameless, upright and a God-fearing man.”

Unfortunately, the friends of Job are alive and well today, anxious to blame all our misfortunes — all our suffering — upon our personal sins.

Later, another friend of Job gave him a partially correct answer to the reason for his suffering. He said it was for the purpose of refining Job in righteousness.

I call that a “partially correct answer” because the Bible clearly teaches that suffering can refine us spiritually if our hearts are truly yielded to God.

Consider these words of Paul, another righteous man who suffered mightily (Romans 5:3-4):

Job suffered that he might be refined in righteousness. But there was another, more important and ultimate reason for his suffering.

In short, the Lord was saying, “Who are you to question Me?”

God never answers the question, “Why me, Lord?” Instead, He calls upon the questioner to lean on his faith and trust that God knows best and that all things work together for good for those who know the Lord (Romans 8:28).

Thus, when Habakkuk cried out, “Why me, Lord?” The Lord answered, “The righteous shall live by faith” (Habakkuk 2:4).

Those are tough answers. They call us to tough faith — the kind of faith that my friend so powerfully demonstrated in her suffering.

There is no doubt that we sometimes suffer as the result of our own sins. But much of the suffering we experience in life is due to other reasons.

And, yes, we suffer for purposes known only to God Himself.

But let us keep in mind that my friend did not suffer alone. Her husband and children suffered with her. And through that shared suffering, there emerged a deeper and more meaningful fellowship within their family.

My friend’s husband and children will now have a compassion toward those who are suffering that will transcend any feeling they could ever have developed apart from their own experience of suffering. They have gone through the fire, God has gone with them, and in the process, they have been uniquely prepared to minister to others who are suffering. In the future, they will be able to embrace the suffering of others and say, “I know how you feel.” And through that simple act they will be able to minister the love of Jesus in a special and unique way.

How in the world does suffering ultimately produce hope? The answer is really very simple. As we lean on the Lord in faith during our suffering, we learn that He is faithful to His promises to be with us and to sustain us and to comfort and strengthen us. That, in turn, motivates us to have even greater faith in the promises He has made about the life to come — our hope that we will be resurrected and glorified and will live forever with our Heavenly Father.

That is why Paul, speaking of the Second Coming of Jesus, could say with absolute confidence in Romans 8:18: “I consider that the sufferings of this present time are not worthy to be compared with the glory that is to be revealed to us.”

How Should We Give in the Season of the...