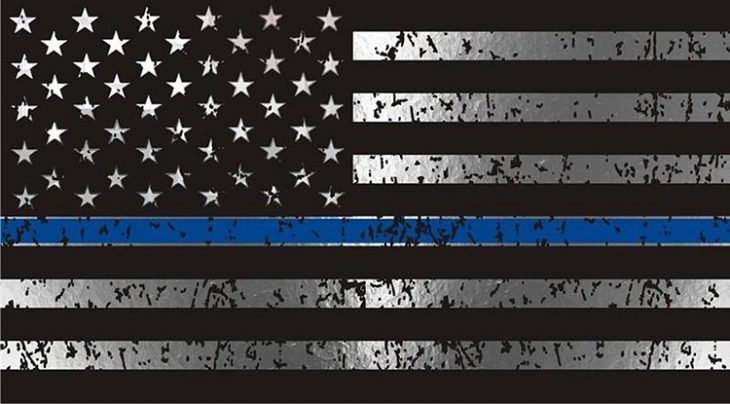 When I served in the Kentucky House of Representatives, I chaired the “Veterans, Military Affairs, and Public Protection” Committee. My committee was charged with oversight of the Kentucky State Police and the multitude of law enforcement agencies and efforts across the Commonwealth. During my time in office, a young trooper from my district was tragically killed during a simple traffic stop.

Late one night, State Trooper Cameron Ponder pulled Joseph Johnson-Shanks over for speeding. Upon learning that his driver’s license was revoked, Ponder offered to put Johnson-Shanks and the four children with him up in a hotel for the night. Instead, the man sped away, confusing Ponder’s niece who was with him. When Ponder finally employed a maneuver to stop the car and defuse the situation, the driver shot him dead. 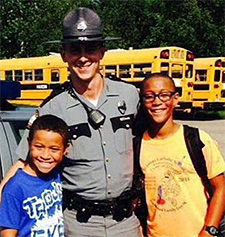 State Police and local law enforcement officials quickly fanned out to locate the suspect, who had abandoned his family and fled into the woods. They soon found Johnson-Shanks, who had already recorded a message of regret for his rash actions toward the trooper. Adding tragedy to tragedy, the suspect was killed when he refused to drop his weapon and continued to threaten the police.

The young officer was white and the man driving on a revoked license was black.

Although this shooting did not add to the racial tension that would erupt in 2020 relative to policing across America, subsequent investigations were revealing nonetheless. Ponder was a former Navy Seal who was described as shy, selfless and humble. Johnson-Shanks had a record of petty crime, but was said to be turning his life around. Although his immediate family refused to participate in the police investigation, it was determined that he had participated in the Ferguson protests following the Michael Brown shooting. The degree of radicalization he absorbed from the anti-police sentiment of those protests is unknown.

I share that account of a single American tragedy to provide a personal episode of the kind of unrest that is rocking our society today. Hundreds of thousands, if not millions, of individuals have been radicalized to distrust or even hate the police. Stoked by race-baiters and self-serving political hacks, scores of people are succumbing to a mob mentality in the streets of American cities large and small.

In the midst of this unrest, opportunists and anarchists are calling for police departments to be defunded. The irony is that those misguided voices claim to represent the very communities that would suffer the most if police were no longer present. And yet, weak and spineless elected officials are giving in to this madness. The result has already been obvious in places like Seattle, Portland, Minneapolis and Kenosha.

Some will point to needed changes in policing tactics. They will advocate for police departments to be marked by more professionalism, training and accountability. Thinking Christians should wholeheartedly agree with these common sense measures. A partial reallocation of resources to enable non-police responders to de-escalate some situations is fitting and appropriate. But the sweeping “Defund the Police” mantra is being pushed by groups and individuals with malicious political agendas. So, while all police departments need to tirelessly pursue professionalism and accountability, the idea that a community will be better off without police is sheer insanity.

Police serve in a number of roles. Many departments tout their determination to “serve and protect” the public, while others emphasize their responsibility as peace officers.

The Bible is clear in its understanding of human nature. Owing to the sin that infects every heart, mankind inevitably trends toward wickedness. Government itself is established to protect the rights of the general public, punish those who violate the liberty and person of others, and execute justice on the earth. The Apostle Paul said that, rightly exercised, the government “does not bear the sword for nothing, for it is a minister of God, an avenger who brings wrath on the one who practices evil” (Romans 13:4).

Although a dictatorship can compel a certain degree of compliance, a free society requires not only the consent of the governed but a shared sense of what is right and moral. Our nation’s founders respected the ennobling qualities of the Christian faith and were grateful for its common adherence in our land — even if they were not individually committed to the Lordship of Jesus Christ.

George Washington put it this way:

Of all the dispositions and habits leading to political prosperity, Religion and Morality are indispensable supports. In vain would that man claim the tribute of Patriotism, who should labor to subvert these great pillars of human happiness, these firmest props of the duties of men and citizens. He went on to say: Let us with caution indulge the supposition, that morality can be maintained without religion [by which he meant the Christian faith]. Whatever may be conceded to the influence of refined education… reason and experience both forbid us to expect that national morality can prevail in exclusion of religious principle.

The proof of Washington’s warnings is evident in American cities today. Stripped of common respect for God and the Judeo-Christian values our nation was founded upon, people are now turning against the one institution sworn to reign in lawlessness. It is an attitude the Bible says will characterize the end-times, and it is resulting in mobs of people with rebellious hearts shaking their fists at the justice system and police alike, crying out, “‘Come, let us break His chains,’ they say, ‘and free ourselves from all this slavery to God'” (Psalm 2:3 TLB).

The strife that is being purposely sown with regard to racial disparities in American policing is another lie from the pit of hell. Statistics are notoriously pliable in the hands of someone inclined to manipulate them to fit a predetermined narrative. With that in mind, agitators and advocates — along with their accomplices in the media — have convinced many Americans that the average person of color is most at risk from police at every level. Ignoring the far larger threat of black-on-black crime, gangs and general lawlessness, these minions of darkness have poisoned some minds to the point that they will shoot at paramedics and firefighters, just because they wear a uniform.

In spite of this known reality, politicians are sowing the wind with their careless words. Feeding the frenzy of disunity, Congresswoman Maxine Waters (D – CA) told her supporters to:

Make sure we show up whenever we have to show up. If you see anybody from [President Trump’s] Cabinet in a restaurant, in a department store, at a gasoline station, you get out and you create a crowd. And you push back on them. And you tell them they’re not welcome anymore, anywhere.

We are now witnessing the tragic culmination of that misguided advice. Even worse, candidates for the highest offices in the land are adding fuel to the fires already burning. Asked specifically about the deadly unrest plaguing American cities in 2020, Democratic Vice Presidential candidate Kamala Harris smiled and said, “a beautiful sight, people of every race, age, gender together.” Asked how important it is for the protests to continue, she said, “It’s critically important.” She then asserted, “they’re not gonna stop… this is a movement, I’m telling you. And everyone beware, because they’re not gonna stop… before election day in November, and they’re not gonna stop after election day. They’re not gonna let up. And they should not.”

So, in this maelstrom of racial and political division, police officers in your hometown will report to duty today to protect and serve you. Men and women as diverse as our population will endeavor to keep the peace through another night. They will hope to return to their own families without being faced with a split-second, life-changing decision. And they will hope that prayers for their own safety and well-being will guard them through another shift.

These underpaid, overworked public servants are being blamed and smeared for all of society’s ills. But mindlessly defunding police departments will only unleash a torrent of lawlessness the likes of which we’ve never seen.

Counselors can never replace trained and professional police officers. As a matter of fact, social workers will typically not respond to domestic violence situations unless they are accompanied by the police.

In the end, the real problem in our society is the same problem afflicting every human heart — namely, sin. Individuals and civilizations that refuse to confront — or at least constrain — that timeless motivator toward evil will suffer the consequence.

James said, “when sin is accomplished, it brings forth death” (James 1:15). We are witnessing this reality on the streets of America. Many are being deceived into believing a lie and joining the mob. They are living out Jesus’ warning about the broad way that leads to destruction (Matthew 7:13).

But we Christians proclaim the good news about a narrow path — and Him who has opened the gate — that leads to life. Until He returns, we should be thankful that police officers stand between us and the barbarians who desire to loot and kill and burn. We should call out the weak-kneed politicians who undermine their own police departments, depriving them of needed resources and destroying their morale.

Christians should unashamedly support our professional police officers, even as we advocate for culling out the handful who bring dishonor on their badge. We should support the training and resources necessary for these agents of good to better fulfill their critical service to society. And, we should demand justice be meted out to the agents and advocates of lawlessness and mayhem.

Students of the Word of God know that in the end-times lawlessness will increase, causing most people’s love to grow cold (Matthew 24:12). But woe to the one who encourages lawlessness. And, as the 1960s Christian song written by Peter Scholtes proclaimed, “they will know we are Christians by our love.” If Jesus reigns in our heart as Savior and Lord, our love can never grow cold.