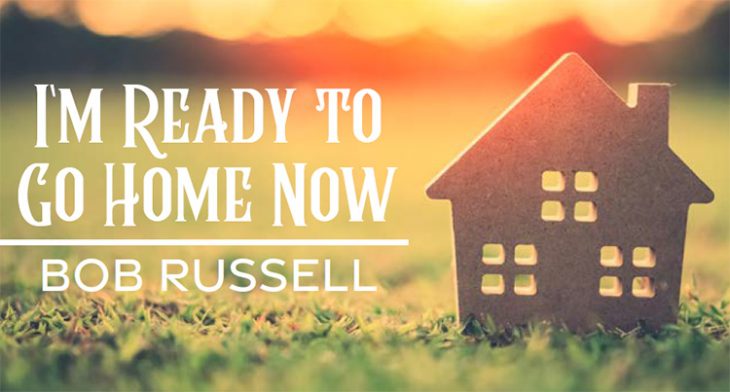 [Note: Our guest writer is Bob Russell, the beloved senior pastor of Southeast Christian Church in Louisville, KY, for over 40 years. A gifted writer, he continues to preach at churches and conferences throughout the US. His ministry now focuses on mentoring younger ministers.]

The late Lynn Anderson was a popular Church of Christ preacher and author. In his book, Longing for a Homeland, he related an occasion when his four-year-old granddaughter had to stay at her Uncle Wes and Aunt Michelle’s house for nearly two weeks while her parents went on a short-term mission trip. Of course, that is a long time for a little pre-school girl to be separated from her parents. Nevertheless, Ana fared pretty well, aided by a photograph of her parents that she could look at any time she wanted. And she often did.

Toward the end of her two-week stay, Uncle Wes corrected Ana for some minor mischief. Her lower lip poked out, and she ran up to her room. Concerned that maybe he had been a little too harsh, Wes slipped up the stairs and peeked in on her. Little Ana was sitting in the middle of the bed, holding a picture of her mommy and daddy tightly in both hands, and sad tears sliding down both cheeks. He could tell she was fighting back sobs. She finally noticed her uncle peeking through the door. “Uncle Wes,” she announced, “I think I want to go home now.”

When this world wounds you, don’t you sometimes muse, “Lord, I think I want to come home now”? When you look at cherished photographs of loved ones who are now with the Lord, do you find yourself missing them to the point you say, “Lord, I’m about ready to come home now”?

When you hear another evangelical leader has fallen morally or doctrinally, or you see Christians viciously attacking each other on social media, aren’t you inclined to pray, “Lord, I’ve had enough dissension. I think I’m about ready to come home now”?

When you witness all the heartache from tornadoes, disease, and poverty, don’t you sometimes pray, “Lord, this would be a good time to bring us all home”?

When you listen to the negative news and hear the continuous hostile accusations of one political party against another, do you sometimes groan, “There’s no hope for this country; I think it’s about time to go home now”?

When you sense your own body wasting away, and every step hurts, do you ever think, “Lord, I’m ready for that day when You shall wipe away all tears from our eyes, and there will be no more pain, no more sorrow, no more tears, no more death”?

But I am also realistic. This world is a mess. Our country is a mess. Many Christian families and churches are struggling. And it’s getting worse, not better. That’s not pessimism. That’s facing facts. The Bible predicts evildoers and “imposters will go from bad to worse, deceiving and being deceived” (2 Timothy 3:13).

A.W. Tozer wrote, “The fall of man has created a perpetual crisis. It will last until sin has been put down and Christ reigns over a redeemed and restored world. Until that time, the earth remains a disaster area, and its inhabitants live in a state of extraordinary emergency.” Then Tozer added, “Statesman and economists talk hopefully of ‘a return to normal conditions.’ But conditions have not been normal since ‘the woman saw that the tree was good for food… and took of the fruit thereof and did eat’ (Genesis 3:6).”

The truth is that Christians are not supposed to get too comfortable in this world. The Bible says that Abraham lived “like a stranger in a foreign country; he lived in tents… For he was looking forward to the city with foundations, whose architect and builder is God” (Hebrews 11:9-10). The Apostle Paul reminded us, “Our citizenship is in heaven, and we eagerly await a Savior from there” (Philippians 3:20).

Simon Peter thought like that. He wrote, God has “given us new birth into a living hope through the resurrection of Jesus Christ from the dead, and into an inheritance that can never perish, spoil or fade. This inheritance is kept in heaven for you…” (1 Peter 1:3-4).

The Apostle Paul thought like that. He had experienced more than his fair share of suffering and persecution. Toward the end of his life, he wrote, “For I am now ready to be offered, and the time of my departure is at hand. I have fought a good fight; I have finished my course, I have kept the faith: Henceforth there is laid up for me a crown of righteousness, which the Lord, the Righteous Judge, shall give me at that day: and not to me only, but unto all them also that love His appearing” (2 Timothy 4:6-8 KJV).

My sister Rosanne thought like that as she aged. Rosanne battled Parkinson’s for nearly a decade. Toward the end, that nasty affliction impacted both her balance and her memory. I visited her after she had fallen again and become bedfast. She smiled faintly and whispered, “I’m ready to go to heaven.” I was touched by her courage but considered her remarks premature. However, she died a few days later. Someone might say she didn’t fight very hard to continue to live, and I think that’s true. She had someplace better to go — why fight against it?

The Apostle John thought like that. Toward the end of the book of Revelation, he wrote about the glories of heaven and concluded his book, “Even so, come, Lord Jesus” (Revelation 22:20 KJV).