The Marriage Feast of the Lamb 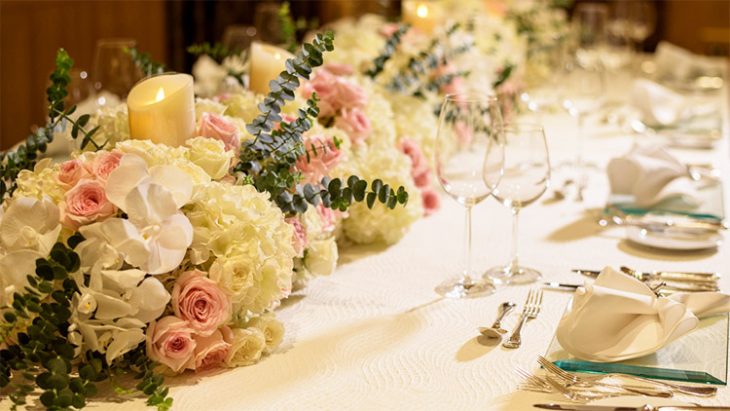 I have been surprised in recent years to discover that several well known Bible prophecy experts whom I highly respect have started teaching that the Marriage Feast of the Lamb, which is recorded in Revelation 19:7-9, will be held on earth after the return of Jesus — despite the fact that this event is clearly pictured as being held in Heaven before the Second Coming.

Their argument seems to be based primarily on a statement in Luke 22:28-30 where Jesus promises believers that they will “eat and drink at My table in My kingdom…” This statement certainly leaves the impression that the feast will be held after the Lord returns and establishes His kingdom here on this earth.

Additionally, some point to Luke 13:28-30 where Jesus says that the saved will one day “come from east and west, and from north and south, and will recline at the table in the kingdom of God.”

They conclude their argument by pointing to Isaiah 25:6, which is a Millennial setting and which refers to a “lavish banquet for all peoples on this mountain” — referring to Mount Zion in Jerusalem (Isaiah 24:23).

One or Two Feasts?

As you can see, the argument in behalf of the Marriage Feast being held here on earth is certainly grounded in the Scriptures, but I believe the conclusion is unwarranted. That’s because I believe the Bible is prophesying two great feasts in the end time.

The first will be the Marriage Feast of the Lamb in Heaven when Jesus will celebrate His union with His Bride, the Church.

The second banquet, which I call The Zion Feast, will take place here on earth in Jerusalem after the return of Jesus. It will include Old Testament Saints and Tribulation Martyrs as well as Church Age Saints. Its purpose will be to celebrate the Lord’s return and the inauguration of His Millennial Kingdom. 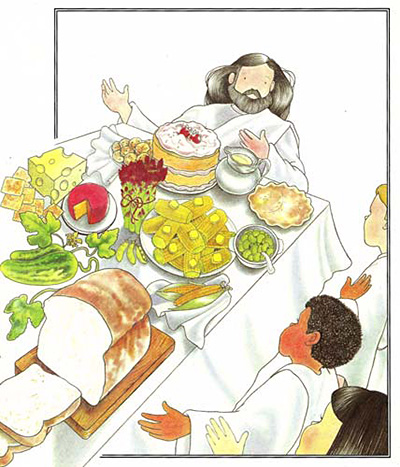 An illustration of the Marriage Feast of the Lamb taken from Dr. Reagan’s Bible prophecy book for children. The artist was Paula Lawson.

There is a third end time feast that is prophesied in the Scriptures. It is mentioned in Revelation 19:17-18.

In other words, those who participate in this feast will be the meal themselves! Such will be the terrible fate of unbelievers when Jesus returns.

Personally, I have an invitation to the Marriage Feast of the Lamb because I have accepted Jesus as my Lord and Savior. My prayer is that every person who reads this article will also put their faith in Jesus so that they can join with me in the greatest feast and celebration the cosmos will ever witness.