Snakes and Your Trust in the Bible 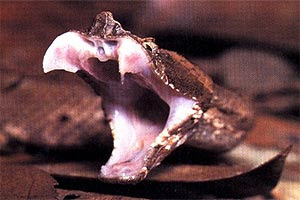 When asked for a simple answer on how I know that Jesus will be returning soon, I easily answer, “Because the Bible says so.” Some respond back with the question, “And how can you know the Bible is accurate?” What they’re really asking is, “How can I know that the Bible is a trustworthy foundation for faith in God and living my life?” I absolutely love this question, for it’s so easy to answer due the vast amount of evidence found in every corner of Creation that demonstrates that the Bible indeed is the Word of God. Take snakes for instance. Remember when Adam and Eve sinned in the Garden of Eden and God had to dole out the punishment for their rebellion? Not only were Adam and Eve and all their offspring cursed with hard work and painful childbearing and nature cursed with chaos, but snakes in particular were given a curse. Satan had come down in the form of a serpent to tempt Eve, and so God saw fit to curse the snake. Genesis 3:14-15 reads:

14 So the LORD God said to the serpent,
“Because you have done this,
Cursed are you above all the livestock
and all the wild animals!
You will crawl on your belly
and you will eat dust
all the days of your life.

15 And I will put enmity
between you and the woman,
and between your offspring and hers;
he will crush your head,
and you will strike his heel.”

God cursed all snakes to be feared by people and to crawl on their bellies, no longer enjoying the legs they had before the Fall. That snakes once had legs has been substantiated by scientists recently. A headline news article by Israel Today [Wednesday, August 6, 2008 by Israel Today Staff; http://www.israeltoday.co.il] reported that snake evolution upholds the Bible’s account. The article reports:

“An international team of scientists including a professor from Israel’s Technion Institute concluded in a recent study that snakes were once four-legged creatures.

The findings, which were published in the scientific journal Nature, seemed to uphold the account in the biblical Book of Genesis where God curses the serpent for having played a role in deceiving mankind and sentences the creature to thereafter slither on its belly.”

Not giving the religion of Evolution the kudos that some think this false theory deserves, the article makes it clear that such a discovery runs counter to the evolutionary process which claims that creatures evolve from a lower to higher form. The article goes on:

“The study attributes the change to a slow evolutionary process, but indirectly acknowledges that the loss of limbs was not a positive change for snakes, contradicting the belief of evolutionists that evolutionary changes are always a step forward.”

We know that God doesn’t need millions of years to take the limbs off a snake and out of their genetic makeup for good. But, we can know that God uses the evidence found in Creation to provide us with more proof that we can indeed trust the Bible as the accurate foundation for our faith in Him. And, if the Bible is accurate, then we can know that His promises of Jesus’ soon return are accurate.

By the way, did you notice that Genesis 3:15 is a prophetic verse? While Satan, the great serpent, struck Jesus with the crucifixion, it was Jesus’ victory over death that gave the crushing blow to Satan that will ultimately end in him being thrown into the Lake of Fire at the end of the upcoming Millennial reign of Christ (Rev. 20:10). Praise God for fulfilling prophecy!