Science Proves the Existence of God! (Part 1 of 2) 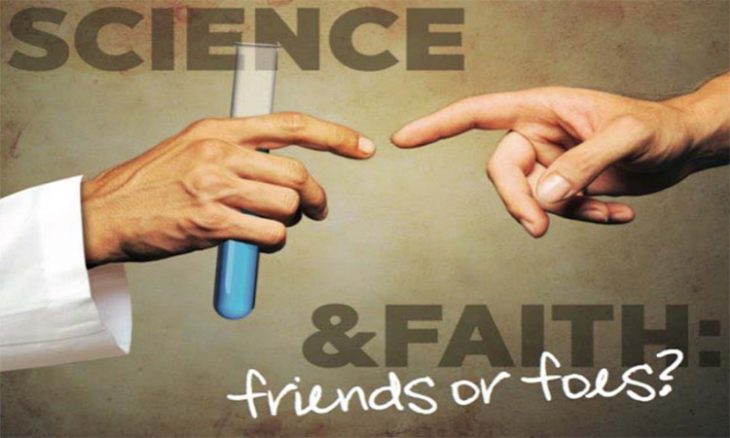 Science Proves the Existence of God!

That’s not a headline you expect to see in your local newspaper or scrolling across your favorite cable news station, is it? No, we’ve come to expect modern science to do everything in its power to disprove the existence of God. Or, more properly stated, modern science has developed such an antipathy toward God that it consciously excludes the idea of a supernatural being who exists apart from the universe and actually created the universe.

That was not always so. The earliest western scientists were committed Christians. Their belief that the Lord God established a fixed set of laws governing the universe led them to expect to find order in their analysis of the world around them. Copernicus, Bacon, Kepler, Galileo, Descartes, Pascal, Newton, Boyle, Faraday, Planck and others, all testified that their faith in Jesus Christ inspired their inquisitiveness into His cosmic design.

The Catholic Church vs. Science

Secular historians will point out that many early scientists ran afoul of Church teachings — suggesting that the Christian religion is opposed to scientific truth. Indeed, the Catholic Church had crafted an unbiblical assumption that the entire universe revolved around the earth. Under a progression of Popes, the church warped a biblical truth (mankind was declared to be the highest in God’s created order) into a man-centric belief system. The Bible does not make such an assertion. Instead, writers ask questions like, “What is man, that You take thought of him?” (Psalm 8:4).

We do acknowledge that for many hundreds of years the Church (once again, the Catholic Church — the only church in the West) banned Bible ownership and reading, propagated hate-filled anti-Semitism under the guise of Replacement Theology, and burned as heretics those who would dare question unbiblical practices like the selling of indulgences. But true faith in the living God of the Bible was never hostile to inquiry and knowledge.

For example, German mathematician and astronomer Johannes Kepler said, “I was merely thinking God’s thoughts after Him. Since we astronomers are priests of the highest God in regard to the book of nature, it benefits us to be thoughtful, not of the glory of our minds, but rather, above all else, of the glory of God.”

The Drift from God

So, how did so much of modern science stray from its origin of “thinking God’s thoughts” after the fact? Why such animosity?

As mankind became more technologically capable, our ability to investigate the natural order grew exponentially. At both the microscopic and the cosmic level, we can gaze into realms unseen and unfathomable to previous generations. Coupled with a growing hubris among many research scientists, there was a growing confidence that we could unlock all the mysteries of the universe. In short, the scientific man’s faith in himself grew to the point that faith in God was superfluous — or even distasteful.

Another dynamic hit the world in the late 19th Century and accelerated this Humanist trend. Men such as Charles Darwin claimed that they could explain the origin and complexity of life through merely natural means. Sigmund Freud claimed that he could explain man’s inner psychology in merely naturalistic or therapeutic terms instead of viewing it as a manifestation of sin. Later, cosmologists such as Carl Sagan declared, “the cosmos is all there is, and all there ever was,” and this was repeated often enough that it began to sound like wisdom.

Their assertions were not based on knowledge that could be gained through observation or measurement — in other words, based on science. Rather, they conjured up hypotheses reflecting their own desire to eliminate God — or man’s need for God — from the discussion.

Governments were some of the first to take advantage of this newfound, unscientific “scientific attitude.” So, in formerly Christian Russia, Soviet taskmasters embraced an atheistic worldview as they killed or subjugated millions. In Lutheran Germany, Adolf Hitler and the Nazi party propagandized a citizenry to accept their ideology dehumanizing Jews, gypsies, the feeble, the mentally deficient and any others who were simply labeled “useless eaters.” In France, Christian faith (albeit Catholic) was ingloriously pushed aside for the sake of reason. Infamously, the statue of Mary that was the namesake of Notre Dame — “Our Lady” in French — was replaced with a statue of the Goddess of Reason. Ironically, those same “reasonable leaders” ushered France into a period of insanity and a bloodbath.

The Reality of the Intangible

But now, the same scientific community that cannot countenance the very idea of a God they cannot see, taste, touch, smell, quantify or measure in any way is suggesting that the universe that we can see, quantify and measure cannot be all there is. Respected scientific publications are printing articles from leading scientists of our day who have come to realize that their previous assumptions about our universe just can’t be true.

As an example, one of the basic assumptions of the scientific community for many years has been that if there is enough matter (mass) in the universe, it will eventually pull everything back together in a cosmic collapse. Many scientists who reject the biblical account of creation believe that a great, uncaused explosion called the “Big Bang” hurled previously nonexistent matter in every direction we call space.

The concept of all matter confined in a single, infinitesimal point strains the imagination, but that is the premise behind the idea. Because that now-existent matter has mass, and gravity acts as a force to pull matter together, the question has been whether the original explosion had enough force to overcome gravity and continue expanding or whether all that mass would eventually collapse back on itself in what is called the “Big Crunch”!

Until very recently, we lacked the sophisticated equipment needed to accurately measure cosmic expansion. But, modern technological advances have finally provided an answer. The universe is not only expanding without any hint of deceleration — it is actually expanding faster and faster! This is not what modern science anticipated.

Now, the latest buzzwords have become “dark energy” and “dark matter” — a thinly veiled code to communicate the reality that there must be something out there that we cannot see or measure. There is no other way to explain how the universe would be expanding at an accelerating rate.

Why is this significant to us as Christians, and what could it possibly have to do with Bible prophecy? Well, for one thing, the same elevated minds that once dismissed the concept of a God who could not be seen or measured have now embraced the idea that there is “dark matter” that cannot be seen or measured.

It reminds me of the evolutionists who finally realized that even eons of time do not make their theory remotely possible, so now they are suggesting that life was planted on earth by aliens from another universe or even another dimension. And they have the audacity to assert that such an idea is much more credible than believing in the God of the Bible!

So, secular astronomers and cosmologists are seriously suggesting that unseeable, unmeasurable energy and matter must make up 95% of the universe. Why are they so willing to take this particular leap of faith? Because their equations tell them it has to be so. Even if they have not yet figured out what to make of this invisible stuff, the undetectable energy and matter has a marked influence on the seeable, measurable stuff in the realm they can observe.

In the second and last part of this look into how Humanists deny the scientific evidence for God, we’ll flip the coin and look at science from the Christian perspective.