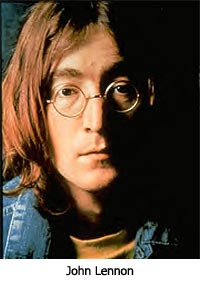 In the book, Lennon in America, by Geoffrey Giuliano, Lennon is quoted as saying that the song is “an anti-religious, anti-nationalist, anti-conventional, anti-capitalist song, but because it’s sugar-coated, it’s accepted.” Lennon also described the song as “virtually the Communist Manifesto.”

Lennon’s characterization of the song is very accurate. It begins with an atheistic rejection of God: “Imagine there’s no heaven / It’s easy if you try / No hell below us / Above us only sky / Imagine all the people / Living for today.”

Having dispensed with God, Lennon then proceeds to wash his hands of religion and nationalism: “Imagine there’s no countries / It isn’t hard to do / Nothing to kill or die for / And no religion too / Imagine all the people / Living life in peace.”

Lennon concludes the song with an attack on capitalism and an affirmation of the socialist-communist ideal: “Imagine no possessions / I wonder if you can / No need for greed or hunger / a brotherhood of man / Imagine all the people / Sharing all the world.”

Understandably, the chorus of the song calls for a one world government: “You may say I’m a dreamer / But I’m not the only one / I hope someday you’ll join us / And the world will live as one.”

Lennon wrote this song in 1971. Two years later, he wrote a remarkable letter to the Christian evangelist, Oral Roberts. The letter was prompted by the fact that Lennon’s cousin had asked Roberts to pray for John and Yoko, and he had agreed to do so. Lennon’s letter was handwritten and rambling. In it he revealed that the philosophy expressed in his famous song had left him empty, fearful and suicidal:

This is ex-Beatle, John Lennon. I’ve been wanting to write you, but I guess I didn’t really want to face reality. I never do this, this is why I take drugs. Reality frightens me and paranoids me. True, I have a lot of money… but basically, I’m afraid to face the problems of life. Let me begin to say, I regret that I said the Beatles were more popular than Jesus. I don’t even like myself anymore — guilt.”

Lennon proceeded to tell Roberts his life story. He emphasized his unhappy childhood. He told about his mom dying when he was an infant and how his father deserted him at age 3, leaving him to be raised by an aunt. He talked about how he wanted to kill his father after he became successful and his dad came to him and requested money. He mentioned a song that he and Paul McCartney had written called, “Money Can’t Buy Me Love,” and he said he had discovered the truth of that statement.

He ended the letter with a cry of despair:

“I want happiness. I don’t want to keep up with drugs… Explain to me what Christianity can do for me. Is it phoney? Can He love me? I want out of Hell.”

He then added a P.S. that read:

“I am, I hate to say, under the influence of pills now. I can’t stop. I only wish I could thank you for caring.”

Lennon had already expressed his despair publicly in 1968 in his song, “I’m So Tired.” It was written at the height of the Beatles’ popularity, creativity and wealth. In the song, Lennon expressed the emptiness of his “successful” and wealthy life with these words: “I’d give you everything I’ve got for a little peace of mind.”

A Christian song writer by the name of Jim Giatas has recently written a response to John Lennon’s song. Giatas’ song is titled, “If You Imagine”. Here are the words:

Creation could not be by chance.
God really does exist.
Because we were made in His image,
Life is sacred, and so, you couldn’t be more wrong.

No matter what you might imagine,
Just like Adam and Eve,
You’ve been deceived.
Love isn’t all you need.

If you can imagine the world as one,
As if only then peace would come,
And without countries
Hunger and greed would end,
You couldn’t be more wrong.

Man is not the measure of all things.
Marx and Lennon were greatly mistaken.
Without rights like property in our possession,
Your “Brotherhood of Man” is really slavery.

Love isn’t all you need.

6) Be anxious about nothing, but in everything by prayer and supplication with thanksgiving let your requests be made known to God.

7) And the peace of God, which surpasses all comprehension, shall guard your hearts and your minds in Christ Jesus.