There are a number of very fine ministries that focus on the issue of Creation versus Evolution. The ones I am recommending below are those that I am personally acquainted with. All of them are thoroughly biblically based, and as such, they teach a young earth and the supernatural creation of life.

Note: The month of September 2011 will be entirely devoted on our television show “Christ in Prophecy” to the topic of the Creation. We will air four episodes in our series Jobe Martin on Evolution. Check it out!


The Institute for Creation Research
www.icr.org 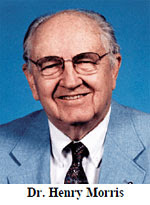 This is the oldest of the creation ministries. It was founded in 1970 by Dr. Henry Morris, who is considered to be the father of the modern day creation movement. He was serving as a professor of hydraulic engineering at the Virginia Polytechnic Institute and State University in 1961 when he published the book, The Genesis Flood, which presented scientific reasoning for a young earth, the supernatural creation of life, and the historicity of the Noahic Flood. Dr. Morris died in 2006, and the operation of the ministry was taken over by his two sons, John Morris and Henry Morris III. In 2007 the ministry was moved from the San Diego area to Dallas, Texas. The ministry publishes a great variety of educational materials designed for all age groups. 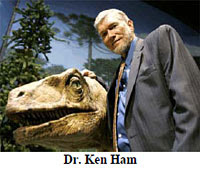 This is the largest and perhaps the most influential of all the creation ministries. It was founded by Dr. Ken Ham, an Australian who moved to the United States in 1987. After working for ICR for several years, he founded AIG in 1994. The ministry is located in Petersburg, Kentucky (just south of Cincinnati). They recently opened a Creation Museum that has attracted over one million visitors in its first three years of operation. They are currently building a full scale model of Noah’s Ark. Dr. Ham has a daily radio program called “Answers with Ken Ham.” It is broadcast on more than 900 stations in the United States.

I have only one reservation about this ministry, and that is the fact that Dr. Ham has publicly stated that it makes no difference to him what people believe about end time Bible prophecy. I wrote and asked what he would think if I were to say that it made no difference to me what people believe about the origin of the universe and life. I am still waiting for an answer. The leaders of all the rest of the creation ministries featured on this page believe in a literal, plain-sense interpretation of end time Bible prophecy. 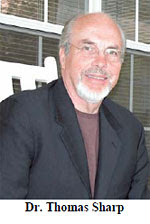 This ministry, located in Noble, Oklahoma, was founded in 1989 by Dr. Thomas Sharp who holds science degrees from Purdue University and the University of Oklahoma. He has been a science educator since 1964. Dr. Sharp is a much sought after conference speaker who delights audiences with the use of many object lessons. He is a skilled educator who serves as editor-in-chief of a Bible based science curriculum called “Truth in Science.” 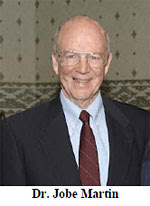 Dr. Jobe Martin is the founder of this ministry that is based in Rockwall, Texas, a suburb of Dallas. He is a graduate of the University of Pittsburgh Dental School. He was teaching at the Baylor College of Dentistry when a student challenged his allegation that teeth had evolved from fish scales! He accepted the challenge, and his study led him to reject evolution — a story he tells in his best-selling book, The Evolution of a Creationist. Dr. Martin gave up his career in dentistry and entered Dallas Theological Seminary. In 1984 he founded BDM Ministries, which focuses on the teaching of Creationism. He has produced a series of highly innovative videos called, “Incredible Creatures That Defy Evolution.” 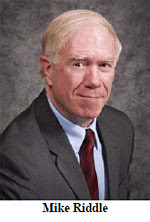 The newest of the creation ministries is this one founded by Mike Riddle. It was established earlier this year, and is based in Hebron, Kentucky. The ministry may be new, but its founder has been involved in creation ministry for over 30 years. Mr. Riddle holds degrees in Mathematics and Education. Prior to getting involved in creation ministry, he was a captain in the U.S. Marines and a national champion in track and field. His business career included managing both U.S. Sprint and Microsoft’s world-wide technical training. Mr. Riddle has a passion for teaching people how to teach and defend the biblical view of creation. He serves as an adjunct speaker for AIG, and he is a featured speaker at the Steeling the Mind Conferences sponsored by Compass Ministries.