The Challenge of Evolution: Evolutionary Worldview

What beliefs constitute the Evolutionary worldview?

Lamb & Lion Ministries conducts a number of Bible conferences in the Dallas, Texas area each year. Our June 2011 conference theme was Christianity Under Attack.

On of our speakers was Dr. John Morris, the president of the Institute for Creation Research. He has a doctor’s degree from the University of Oklahoma in geological engineering. He is the author of numerous books, including The Young Earth. He has also led numerous expeditions to Mt. Ararat in search of Noah’s Ark. Dr. Morris’ topic at our conference was “The Challenge of Evolution,” (watch).

Since childhood you’ve all seen the Tree of Life from an evolutionary textbook. Evolutionists view life in that all life goes back to a common ancestor. Before that we all came through intermediate forms up to that common ancestor. And, before that, some 3-4 billion years ago non-living chemicals got together and made a cell that could move about and do its thing, taking in its own food and reproducing. In that reproduction process there were mutations that sprung up and through mistakes like birth defects we now have this vast array of plants and animals that we see alive today. To an Evolutionist, in the fossil record all of life goes back to a common ancestor. 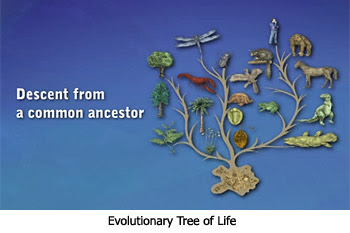 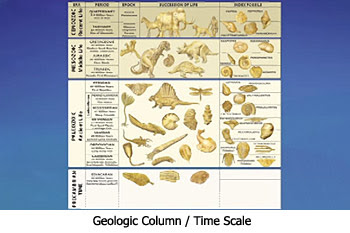 Evolution with a vengeance declares that we are animals. An evolutionary textbook will say something like, “You, little Johnny, sitting there in the classroom, you are an animal. You share a common heritage with earthworms.” I’ve got to ask, does little Johnny benefit by knowing this? Does this do him any good?

Here’s another example of an evolutionary textbook’s claim,”We, little Johnny, belong to a highly specialized group of boney fishes. We are fishes whether we like it or not.” Did you hear about that book that came out about ten years ago which talked about searching for your inner fish? It’s an evolutionary book claiming that we come from fishes. Search for your inner fish and you will find the meaning in life.

There is little Johnny in the classroom and he asks, “What about Evolution? Wasn’t that just a theory?” His teacher will say, “No, I grant you that to begin with Evolution was just a theory, but it evolved into a fact a long time ago. Little Johnny, Evolution is a fact, and you came from Evolution. Your ancestors were fish. And, by the way, you are an animal.” With those statements the Evolutionist teacher trains the students in their classroom as Pavlov trained his dogs.

Evolution applied is in every area of life. As you search you will find Evolution under every rock because it’s a worldview. But, I believe there is a better worldview, and that’s the biblical worldview.

Out of grade school now, Little Johnny has grown up and goes to college. Here’s a quote from Dr. E. O. Wilson who’s a Harvard Professor. He’s a major professor in the biology department there and he considers it his job to make sure that any student that comes through his class will lose any memory of a Christian worldview. His job is to train them out of Christianity into an evolutionary worldview. He’s a good scientist, and I love his science articles, but I read his sad testimony recently in the Journal of the Humanist. He reveals, “As were many persons from Texas, I was a born-again Christian. When I was 15 I entered the Southern Baptist Church with great fervor and interest in the fundamentalist religion. But, I left at 17 when I got to the University of Texas and heard about the Evolution theory.”

This is who is teaching our kids — ex-Christians who have given up on God! They’re anti-God. They’re Christian haters and Christian baiters. They challenge an Evolutionary worldview against a Christian worldview.

In the next part of Dr. Morris’ presentation on the challenge of Evolution, he’ll define just what is the Christian worldview.

The Christianity Under Attack 2011 Bible Conference takes an in-depth look at some of the attacks on Christianity. Learn how to counter these attacks in this 6-part conference album!