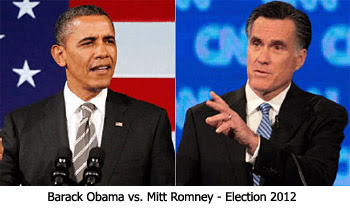 I believe the upcoming presidential election is the most important one in the seven decades of my lifetime.

When I was growing up, the two political parties were agreed on the kind of nation they wanted — one based on the Judeo-Christian principles of God’s Word, with a Capitalist economy and equal opportunity for all. What they disagreed about was the best way to achieve these goals. One party, the Democrats, believed that government intervention and direction was the best approach. The other party, the Republicans, believed that maximized individual freedom was the best approach.

Today, the political process has changed radically. No longer are the two parties agreed on the kind of nation they desire.

The Struggle Between Left and Right

The party on the Left, the Democrat, wants a secular society with a Socialist economy based on the principle of egalitarianism.

The party on the Right, the Republican, desires to hold to a society grounded in Judeo-Christian principles and Capitalism, based on the principle of equal opportunity.

With regard to moral values, the Left wants to remove religion from the public arena, suppressing it to the privacy of the home. The Left desires absolute freedom of abortion, special rights for homosexuals, same-sex marriage, and limitation of conservative freedom of speech through the passage of so-called “hate crime” legislation and the implementation of the “fairness doctrine” in broadcasting. The Left is also determined to prohibit the teaching of Creationism as an alternative to Evolution.

The Right opposes unlimited abortion and special rights for any group. The Right also believes in the freedom to speak out on any issue, trusting that truth will prevail when there is an open market place of ideas.

The Left desires to require public education and then use of the public school system as a propaganda forum for its secularist agenda. The Right believes that parents should have the freedom to educate their children at home, enroll them in private schools, or send them to public schools. And the Right believes that a school, whatever its nature, should be a place of education and not propaganda.

In foreign affairs, the Left seeks to diffuse nationalism in favor of regional and international integration. The Left admires the secular European values produced by the French Revolution. And with regard to national security, the Left has placed its hope in diplomacy rather than armaments.

The Right believes in preserving the integrity of American values and identity. It believes that a strong military is the nation’s best defense and hope for peace. It resists the multiculturalism that is so attractive to the Left.

The Reality of a Cultural War

The bottom line is that we are in the midst of a fierce cultural war to determine the nature of our nation. That is the reason that Washington politics has become so mean-spirited, and it is the reason it will remain so. It is the reason that Jewish columnist Dennis Prager has said, “calls for unity among Americans that transcend Left and Right are either naive or disingenuous.”

Former president George W. Bush had to learn this the hard way. When he was governor of Texas, he was overwhelmingly successful in his efforts to work with Democrat leaders, but that was because the political leaders of Texas, both Democrat and Republican, were agreed on basic values.

When President Bush arrived on the national scene, he reached out to the Democrats, seeking bi-partisan support. He invited Ted Kennedy to the White House to watch movies. He tried to be a pal to the Democrats. He even refused to exercise his veto when they presented him with offensive legislation. But the Democrats rejected all his overtures because on the national level their values were diametrically opposed to the President’s.

Again, we are in the midst of a cultural war. Barack Obama understands that, and he is determined to win it. His emphasis on change is no accident. He is serious about change — major, radical change.

When John McCain ran against Obama in 2008, he never seemed to have grasped the seriousness of the situation. From the beginning of the campaign he talked incessantly about “putting partisanship aside” and “reaching across the aisle.” It sounds good, but it really is not possible. As Dennis Prager has pointed out, “unity in this nation will be restored only when either the Right or the Left wins the cultural war.” The Left understands this. Most on the Right do not.

A Call to Action

If the Right does not start standing up and speaking out boldly in behalf of Judeo-Christian values, Capitalism, and equality of opportunity, we will soon find ourselves living in a nation like Great Britain. It was once the center of world Christianity. Today, only 7% of Britains attend church in what has become a thoroughly secular, socialistic society where individual freedom is severely curtailed in behalf of “the common good.”

As we approach the national election, I urge you to pray earnestly for our nation and the outcome of the election. Pray as you have never prayed before. Use the prayer of Daniel in Daniel 9:4-19 as your model. Pray that we will not receive the kind of political leadership that we deserve because of our nation’s rebellion against God and His Word. Pray that God, in his grace and mercy, will provide us with leaders who are committed to the principles that made this country great.

Pray, pray and pray some more — and then vote!