The Abomination of Abortion: Nature of the Crime 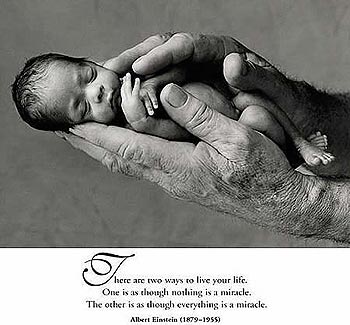 In January of 1973 the Supreme Court of the United States made one of its most momentous decisions. It has since proved to be its most infamous decision.

The Court ruled in the case of Roe v. Wade that states could not outlaw abortion. In effect, the Court authorized abortion on demand.

Since there was no Constitutional basis for the decision, the justices invented a justification by proclaiming that they had discovered an implied “right of privacy.” They argued that this newly discovered right was sufficient to guarantee a pregnant woman freedom of choice regarding the destiny of the baby in her womb.

This incredible decision flew in the face of 4,000 years of Western civilization. It violated the fundamental tenets of America’s Judeo-Christian heritage. It contradicted the Hippocratic Oath that has guided the medical profession for centuries.

The decision also violated the 14th Amendment to the United States Constitution. That amendment specifies that “no person shall be denied life, liberty or property without due process of law.”

The justices got around this prohibition by declaring a baby in the womb to be a non-person, just as the Court ruled in 1856 in the notorious Dred Scott decision that Negroes were non-persons.

The Slaughter of the Innocent

Since 1973 Americans have been killing their babies at the rate of 4,000 per day, or 1 1/2 million per year. The 40th anniversary of the Court’s decision in 2013 will mark a total slaughter of almost 60 million babies. That’s ten times the death count of Hitler who murdered 6 million Jews.

In all the wars the United States has fought since the Revolutionary War — including the Civil War, World Wars I and II, the Korean War, the Vietnam War, and the wars in Iraq and Afghanistan — the number of Americans killed totals 848,163. We kill almost twice that many babies in America every year in the name “of freedom of choice for women.”

How many Beethovens have died? How many Shakespeares have been killed? How many Billy Grahams, Jonas Salks and Martin Luther Kings have been murdered in their mothers’ wombs?

The Nature of the Crime

Yes, I said, “murdered,” because the Word of God makes it clear that abortion is murder.

The abortionists say that the baby in the womb is not a human being. They dehumanize it by calling it a fetus or a “protoplasmic blob.” But God said to Jeremiah, “Before I formed you in the womb I knew you, and before you were born I consecrated you; I have appointed you a prophet to the nations” (Jeremiah 1:5).

These passages from God’s Word clearly teach that the baby in the womb is a human being from the moment of conception.

In the next part of this series on the abomination of Abortion, we will look at the perverted value system that has created this catastrophe against human life.