The Abomination of Abortion: Political Cowardice 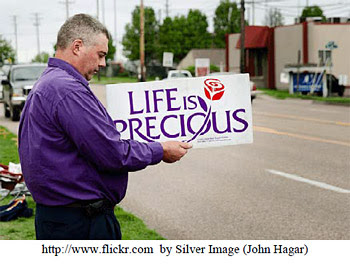 President Reagan spoke out strongly against abortion, but he was never willing to expend his political energy to fight against it. President Bush also spoke out strongly against abortion in his first campaign, but he too refused to follow up his words with strong actions — and by the time of his second campaign, he was waffling on the issue. President Clinton became the first president in history to openly endorse the right of a woman to get an abortion on demand. 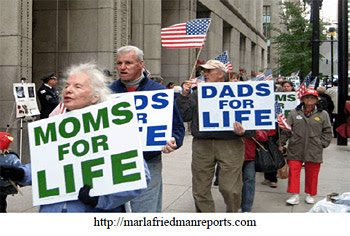 But President Clinton — the epitome of the slick politician — took the coward’s way out. He said he opposed abortion but believed in freedom of choice. Politicians all over the country jumped on that bandwagon, hoping it would placate both sides. This position of being anti-abortion but pro-choice is the ultimate cop-out.

It is equivalent to saying, “I am opposed to slavery, but I believe in the freedom of people to own slaves if they so desire.” I think it is interesting to note that this is exactly the position that most politicians took in this nation prior to the Civil War.

Lincoln stood above the run-of-the-mill politicians of his day precisely because he was willing to take a moral stand on the issue of slavery. On March 6, 1860, during the presidential campaign, he delivered a speech in New Haven, Connecticut in which he taunted those who claimed to be opposed to slavery but who believed in free choice:

Let us apply a few tests. You say that you think slavery is wrong, but you denounce all attempts to restrain it. Is there anything else that you think is wrong, that you are not willing to deal with as wrong?

Go back and substitute the word “abortion” for “slavery,” and you will have the current debate. Where among our political leaders is there a Lincoln who is willing to take a stand for what is right and then fight for it?

President Obama wasted no time making his position on abortion crystal clear. The day after his inauguration, he issued a statement affirming his support of the Roe v. Wade decision. The next day he rescinded the Mexico City Policy instituted by President Reagan, a policy that disallowed government funding to any non-government organization that promotes or performs abortions in foreign countries.

Since that time, Obama has done everything possible to promote abortion, including several attempts to overturn all conscience protections instituted by President Bush to make sure that medical staff and centers are not forced to do abortions.

None of these actions by Obama should have surprised anyone since he opposed all limitations on abortion when he was a state senator in Illinois. In 1997 he opposed a bill that would have prevented the horrible procedure known as “partial-birth abortion.” And in 2001 he was the only Illinois senator who spoke against a bill that was designed to protect babies born alive after botched abortions.

In the last part of this series on the abomination of Abortion, I will delineate what we as Christians can do about this holocaust.