In Memoriam of My Great Encourager Wayne Smith 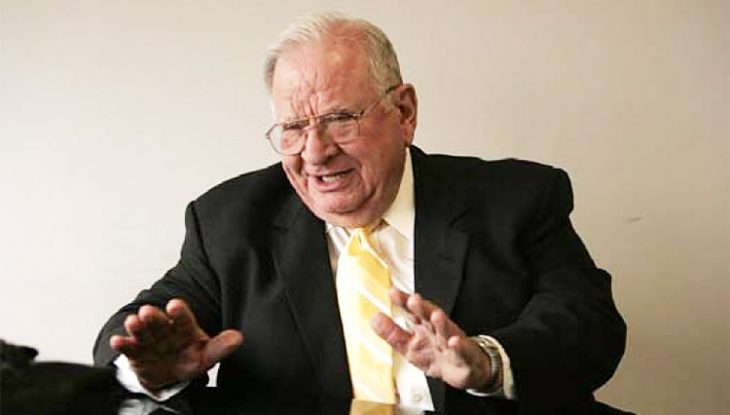 My dear friend, Wayne Smith, died in June at the age of 87. He loved Jesus, and he loved people. And everyone who knew him, loved him.

I will be forever indebted to Wayne for his support of this ministry and the constant encouragement he gave to me.

When I established Lamb & Lion Ministries in 1980, I had few contacts in the religious world. I had been a university professor and administrator for 20 years. It was 15 years before public access to the Internet, so it was extremely difficult to get known.

For the first three years, I spoke to small rural congregations that rarely had more than 50 members. I began to wonder if the ministry would ever “take off.”

The turning point came in 1984 when I was invited to hold a four night conference in Lexington, Kentucky. The invitation came from a group of ministers representing non-instrumental Churches of Christ. I accepted their invitation, but on certain conditions that I thought they would never agree to. Specifically, I requested that the conference be held at a neutral site like a hotel or school auditorium. I asked that it be promoted in a nondenominational name, like “The Blue Grass Committee for Christ.” And I requested that other denominations be invited to participate by supplying choirs or pastors to pray. To my astonishment, they agreed to all the conditions.

About a week after the conference, I got a call from Wayne Smith. I had no idea who he was. I was totally unaware of the fact that he was the pastor of one of the largest churches in Kentucky — the Southland Christian Church. “David,” he said, “one of my church members dragged me to the last night of your conference, and I was impressed. I don’t know anything about Bible prophecy, but you sure sound like you do, so I want to invite you to come hold a meeting at my church.”

I held that meeting, and the Lord greatly blessed it. Wayne wrote it up in his bulletin like it was the greatest thing that had ever happened at his church. What I did not know was that Wayne was so highly admired and respected, that the pastors at nearly all the Independent Christian Churches of America subscribed to his church’s bulletin. And when Wayne endorsed you, that opened the doors to many churches. I suddenly started receiving invitations from all across the nation.

And Wayne started receiving vicious criticism from some of the leaders of the Independent Christian Churches. The reason was because the denomination as a whole is strictly Amillennial, and they highly resented a Premillennialist like me being endorsed by one of their leading pastors. But Wayne never let the criticism bother him, and he kept inviting me to return.

As I got to know him, I discovered that Wayne was one of the funniest men I had ever met in my life. He could easily have been a professional stand-up comedian. He had a joke for everything, and he had a unique way of telling them whereby he would start laughing heartily before he got to the punch line!

When he experienced a terrible automobile accident on the outskirts of Lexington, he told the paramedics as they were loading him into an ambulance, “Don’t take me to the Baptist hospital because they believe in ‘once sick, always sick.'”

Wayne was no Bible scholar, nor did he pretend to be. He built his church from 152 to over 4,000 members through love and humor. He knew everyone’s name, he loved them genuinely, and he was willing to overlook their failures. One of his favorite expressions was, “No one’s perfect.” He would often visit as many as five families each day. I know, because he took me with him several times. He would ring the door bell, hug the person who came to the door, rush to the kitchen to raid the refrigerator, tell a few jokes, and head to the next household. If he took you to lunch at a restaurant, it always took 30 minutes to get out of the place after you finished eating because he had to shake hands with everyone.

He was also a man who never hesitated to stand for righteousness. He fought against liquor sales, abortion, x-rated movies, and coed dorms at the University of Kentucky. He even took on the Kentucky Board of Education over their plan to start substituting BCE and CE for BC and AD. When he was once asked, “If you were not a conservative, what would you be?” He answered, “Ashamed.”

Wayne was always pulling surprises on me. He loved to give me gifts of plaques and candy, and he loved to plan ways of catching me off guard when introducing me to his congregation. That was the occasion for the photo below. I don’t remember what it was all about. It was just classic Wayne Smith. I’m sure he has all of Heaven laughing. 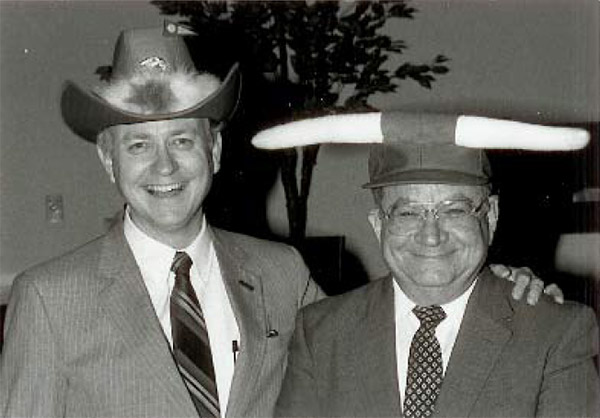