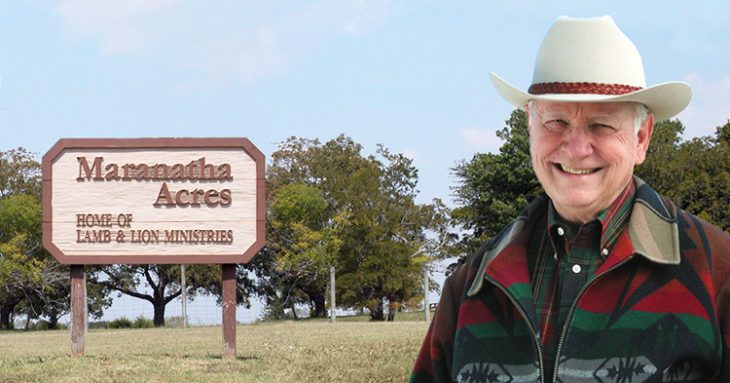 In July I turned 78 years old. I received a birthday card that showed a doctor on the front saying, “Your test results are in.” Inside, it said, “You’re old! Happy Birthday anyway!”

I attribute my longevity to the fact that when I finally gave in to God’s call on my life in 1980, I began to pray earnestly that the Lord would enable me to make up the 20 years I wasted while running from Him. In His grace and mercy, He seems to be doing that.

When I wrote a book about the signs of the times that are pointing to the Lord’s soon return, I titled it, Living on Borrowed Time. I gave it that title because all the biblical signs we are told to watch for are converging today for the first time ever — clearly indicating that we are living in the season of the Lord’s return.

At my age, my book title certainly applies to me. I could be called home to be with the Lord at any moment. So, I’m taking it one day at a time, thanking the Lord each morning for giving me one more day to serve Him.

One of my greatest concerns for several years has been the lack of any new, young preachers joining the ranks of those of us who have dedicated our lives to the teaching of God’s Prophetic Word and the preaching of His Son’s soon return.

I expressed this concern to Tim LaHaye several years ago, and he said he shared it. He then made a very interesting observation. He said, “Dave, I think the reason God is not raising up new prophetic voices is because He is not going to need them.” When I asked what he meant, he said, “It’s because we are that close to the Rapture.”

That could very well be. But as I see the deaths of people like Dave Hunt, Grant Jeffrey, Charles Ryrie and Tim LaHaye, my concern grows about the lack of new Bible prophecy voices.

The seminaries are not teaching prophecy. They are almost completely ignoring the whole field of Eschatology. And when they do touch on it, they tend to spiritualize it into meaninglessness. The same is true of churches. There is a famine of the teaching and preaching of Bible prophecy. The focus seems instead to be on church growth gimmicks. The irony is that the preaching of Bible prophecy will result in church growth!

But back to my point about living on borrowed time. That thought really applies to all of us, regardless of age. Each breath we take is due to the grace of God. None of us can say with confidence that we will be alive tomorrow.

I’m reminded of a dear preacher friend of mine who in his mid-40s was the pastor of a large church in Tucson, Arizona. He was invited to return to his home church in Seattle, Washington to speak on Sunday morning and evening.

As he was driving to the church on Sunday evening, he suddenly veered off the highway into a concrete wall and was killed instantly. The steering wheel was driven through his chest, making it impossible to determine what had happened to him. It was assumed that he suffered a heart attack.

They found his Bible on the floor of the car. Folded up inside of it was his sermon for that evening. The very first line of the sermon read as follows: “There is not one person present here this evening who can say with certainty that you will be alive tomorrow.”

Are you taking life for granted? If so, then you are walking on thin ice. Today — right now — is the time for you to get right with God.