At Long Last the Presidential Campaign Is Over! 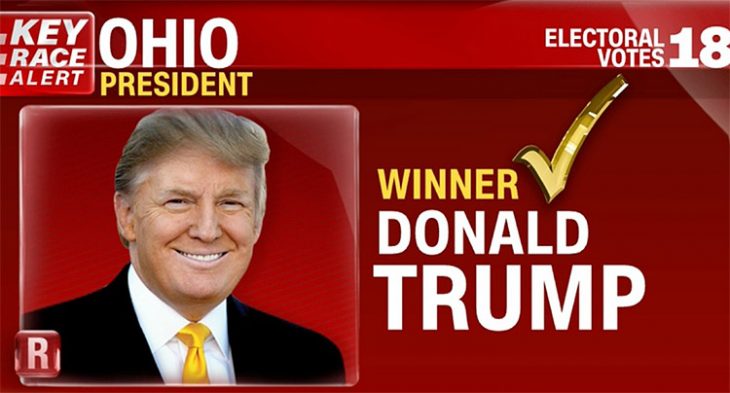 I’m just thankful that I do not live in one of the “swing states” where people were bombarded with political ads 24/7. If so, I think I would have been brain dead by now!

I’m even more thankful for the outcome of the election, for it appears that God has given our nation a window of mercy.

Although I voted in all the state and local elections in my area, I did not cast a ballot in the presidential race because I could not in good conscience vote for either Clinton or Trump. And as I have said many times before, I believed that our nation would lose, regardless of who won. I still feel that way.

The election of Trump is not going to turn this nation around. It is only going to slow down the process of our national deterioration and ultimate destruction.

It is impossible for Trump “to make America great again.” That’s because he thumbs his nose at God’s Moral Law, both in his personal life and in his public leadership. The evidence can be found in his endorsement of the ungodly LGBT Movement. Further, he is a classic narcissist who is consumed with himself. And, as is always the case with such people, he will be humbled by the Lord sooner or later.

I believe our nation was delivered from the ungodly, corrupt and lawless Clinton family through the power of prayer. Christians all across this nation repented of our nation’s sins and cried out to the Lord for mercy. And I believe the key element was Franklin Graham’s “Decision America” campaign during which he conducted a vigil of repentance and prayer in every one of our state capitals.

Now that the election is over, we need to pray earnestly for our new president. Pray for him to remain faithful to his campaign promises.

But first and foremost, pray for his salvation — that he will truly come to know Jesus as his personal Lord and Savior.

Our current situation reminds me of what happened to the nation of Judah after the 55 year reign of Manasseh, their most ungodly king. God provided the nation a window of mercy by raising up a godly king named Josiah. Under his reign there was a national spiritual revival, but 31 years into his reign, he was killed in a battle, and the nation immediately reverted back to its evil ways. God poured out His wrath, and the nation was destroyed by the Babylonians.

The problem was that the evil practices that had become commonplace under Manasseh were ingrained in the fabric of the nation. And so it is with us today. We are a nation that is slaughtering babies in their mother’s wombs. We are the moral polluter of the planet through our blasphemous, immoral and violent television programs and movies. We have made money our god. And we are in the process of trying to “normalize” moral perversion.

But, unlike Josiah, God has not provided us with a righteous leader. We have been given a window of mercy, but our days are numbered. Let us take advantage of the window to proclaim the Gospel as never before.