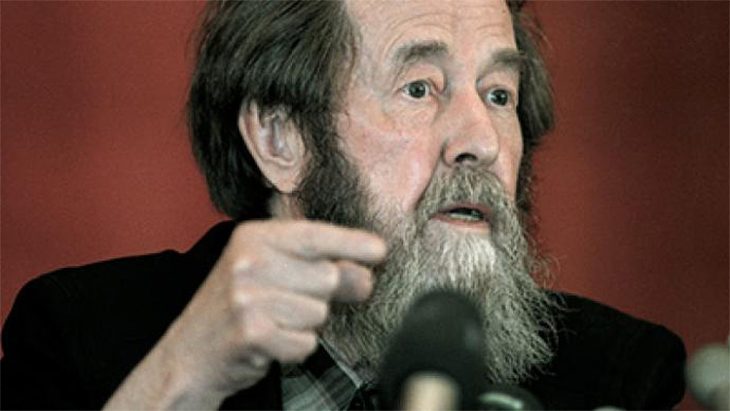 Can a virgin forget her ornaments
Or a bride her attire?
Yet My people have forgotten Me
Days without number.
(Jeremiah 2:32)

Aleksandr Solzhenitsyn spoke like an Old Testament prophet when he warned America and all the Western world that it was imperiled because it had forgotten God. It proved to be a message that people did not want to hear. Accordingly, Solzhenitsyn died as a prophet without honor.

Solzhenitsyn was a Russian novelist, historian and short story writer who was born in 1918. He was an outspoken critic of the Soviet Union and Communism, and he helped raise global awareness of the inhumanity of the Soviet regime.

Solzhenitsyn grew up in poverty. His father was killed in a hunting accident shortly after his wife’s pregnancy was confirmed. Solzhenitsyn’s mother never remarried. She was an educated woman, and she encouraged her son’s literary and scientific education. She also raised him in the Russian Orthodox faith.

His War Experiences and Arrest

During World War II, Solzhenitsyn served as an officer in the Red Army. He began to develop growing doubts about the moral foundation of the Soviet government when he witnessed repeated war crimes by the Soviet army against German civilians. Elderly people were tortured and looted, and young girls were gang raped to death.

In February of 1945, while serving in East Prussia, Solzhenitsyn was arrested for writing derogatory comments in personal letters about Stalin and his conduct of the war. He was charged with “anti-Soviet propaganda” and was sentenced to an eight year term in a labor camp. 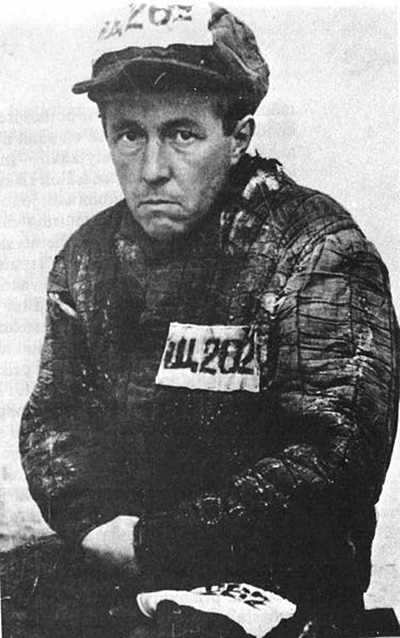 Solzhenitsyn as a political prisoner in the Soviet Gulag. (http://worldliteblock.blogspot.com)

During the next eight years, he was transferred from one forced-labor camp to another throughout what he labeled as “The Gulag Archipelago.” This gave him firsthand observations within the Soviet system for political prisoners. His experiences during this time served as the basis for his novella, One Day in the Life of Ivan Denisovich.1

In March of 1953, after his prison sentence ended, Solzhenitsyn was forced into internal exile in northeastern Kazakhstan. He was diagnosed with a cancerous tumor and almost died before the tumor went into remission. It was this experience that served as the basis for his novel, Cancer Ward, which was published in 1968.2

Solzhenitsyn’s terrible experiences in the Gulag convinced him to completely abandon Marxism, and he began to return gradually to his early Christian faith.

The Thawing of Russia

In 1956, Nikita Khrushchev delivered his famous “secret speech” to a closed session of the 20th Congress of the Communist Party of the Soviet Union. In the speech, Khrushchev denounced Stalin as a brutal leader and then proceeded to provide a litany of many of his crimes.

This speech launched a period of “de-Stalinization” that included a thaw in the censorship of literature. As a result, Solzhenitsyn was freed from exile. He took a position as a secondary school math teacher and continued his research and writing about the Gulag.

In 1962, at age 44, his short story, One Day in the Life of Ivan Denisovich, was published in Novy Mir magazine with the personal approval of Khrushchev who later defended his decision by declaring: “There’s a Stalinist in each of you; there’s even a Stalinist in me. We must root out this evil.”3

The story caused a sensation and was subsequently published in book form. It became an immediate bestseller in both the Soviet Union and the West. It was the only book by Solzhenitsyn to be published in his native country, because after Khrushchev was ousted from power two years later, the censors once again clamped down on anti-Soviet writings. However, between 1962 and 1964, he did publish three short stories in Russian magazines. His next two novels, In The First Circle and Cancer Ward, and a play, The Prisoner and the Camp Hooker, were all published abroad in 1968.4

In 1970, Solzhenitsyn was awarded the Nobel Prize in Literature. He refused to travel to Stockholm to receive the award because he feared that the Soviet authorities would not allow him to return to Russia. The award cited him “for the ethical force with which he has pursued the indispensable traditions of Russian literature.”5

Solzhenitsyn’s most famous book, and his tour de force, was The Gulag Archipelago, written between 1958 and 1967 and published in France (in Russian) in 1973. 6 It was a three-volume, seven part detailed historical exposé of the Soviet forced-labor prison system.

The book quickly became one of the most influential publications of the 20th Century. It has since sold over 30 million copies in 35 languages. The book was not published in the Soviet Union but was vehemently attacked by the government controlled press. In the West it was hailed as a masterpiece. George F. Kennan, the influential U.S. diplomat, called the book “the most powerful single indictment of a political regime ever to be levied in modern times.”7 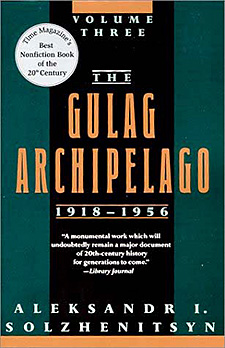 The word, GULAG, in the title of the book is an acronym for the Russian name of the bureaucracy that governed the Soviet labor camp system of prisons. The word, archipelago, was used by Solzhenitsyn to portray this system because the camps were spread across Russia like a vast “chain of islands.”

The publication of this book was the last straw for the Soviet government. In September of 1974, Solzhenitsyn was arrested and deported. In the process, he was stripped of his Soviet citizenship, becoming a stateless person. He went first to Cologne, Germany and then to Zurich, Switzerland. In 1975, Stanford University invited him to move there where he lived on campus before deciding to move to Cavendish, Vermont in 1976. He remained there until 1994 when he returned to Russia.

In the second part of this series on Aleksandr Solzhenitsyn on the danger of forgetting God, we’ll look at the speech he made that stunned the Western World.