Nothing New Under the Sun 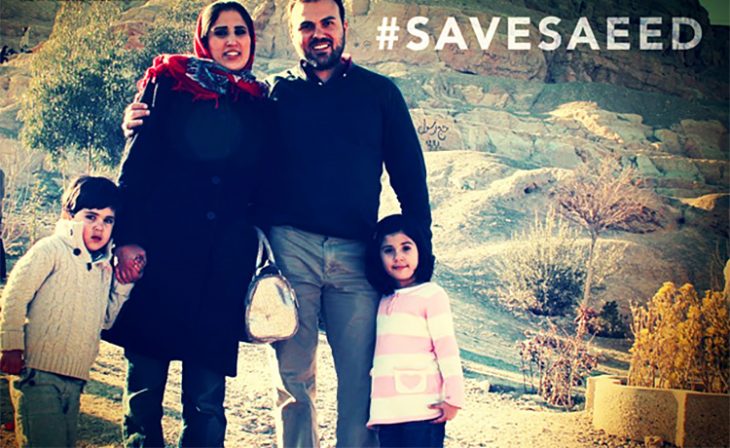 For the past several years, the world has seen a precipitous rise in hatred toward Christians and Jews — most prominently in the form of Radical Islam. This has been manifested by imams spewing hate, ayatollahs issuing fatwas, and terrorist organizations fomenting anarchy. This threat to world peace and Western civilization has become the new face of evil in the world.

Some would trace the roots of modern Islamofacism to the 1979 Iranian revolution, when Ayatollah Khomeini returned from exile in France, fomenting the overthrow of a Shah aligned with the United States and leading to American Embassy personnel being held hostage for over a year.

Others would point to the bombing of the US Marine barracks in Lebanon in 1983 as the first indication of a terrible new tactic of terrorist destruction through suicide. But, the conflict between the West and radicals who claim to be the true adherents to the Muslim faith is much older than that.

In the late 1700s, various Islamic countries on the southern coast of the Mediterranean Sea (collectively known as the Barbary States) made a practice of seizing foreign ships and crews and holding them for ransom. At one point, the tribute required to free two American crews totaled over $1 million — fully one fifth of the federal budget of the United States at the time! Although the nations of Western Europe accepted this arrangement as an unfortunate cost of doing business in the Middle East, our nation was determined to end it.

When Thomas Jefferson served as the nation’s first Secretary of State, he told Congress it must choose “…between war, tribute and ransom.” He advocated the creation of a navy — a costly proposition to our foundling nation. Speaking of the Barbary pirates in 1786, George Washington also lamented, “Would to Heaven we had a navy to reform those enemies to mankind, or crush them into non-existence.”

When Jefferson became President, he determined that the tributes would stop. The sentiment of the nation at that time was reflected in the words of South Carolina Senator Robert Goodloe Harper: “Millions for defense, but not one cent for tribute.”

Jefferson dispatched the newly-commissioned US Navy to the Mediterranean, complete with a contingent of Marines. That “war on terror” lasted from 1801 until 1815, and saw the US Marines claiming victory on the “shores of Tripoli.”

One young Marine Lieutenant — Kentuckian Presley O’Bannon — so distinguished himself in the battle for Derna in Tripoli that he was presented with the “Mameluke” sword — a Muslim-origin blade that became the model for the Marine saber carried to this day.

O’Bannon led the detachment of Marines that conquered the Muslim fort at Derna. He became the first American to raise the United States flag on foreign soil. 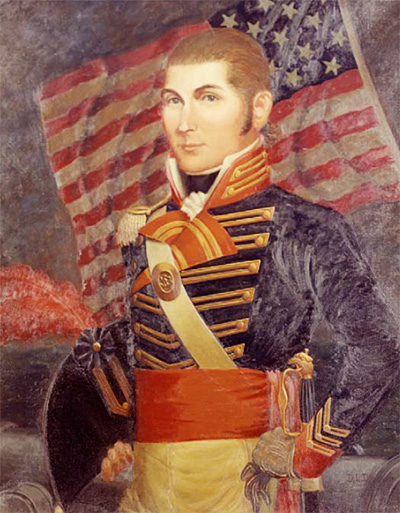 The Basis of the Conflict

The caliphs who subjected many parts of Western Europe (including parts of Italy and Spain) to their rule did so because they believed that the Quran commanded them to convert or enslave the entire world. Even the much maligned Crusades were launched in response to Islamic overreach and oppression.

This conflict was destined to be so, for God Himself declared to Hagar that her son, Ishmael, would be a “wild donkey of a man” (Genesis 16:12). His descendants — the Arabs — have demonstrated that inherent nature ever since.

In His love and mercy, God has made provision for a better path. The offer of salvation through faith in His Son Jesus Christ is for Jew and Gentile alike — and for Westerners and Arabs.

God has declared that one day He will bring a great number of people from traditionally Muslim countries to believing faith in Him. We have already seen some first fruits of that bounty to come.

Saeed Abedini was a radicalized Iranian Muslim on his way to commit a suicide bombing when, through the providence of God, he crossed paths with two Christian believers who shared the Gospel of Jesus Christ with him. Abedini put his faith in Jesus and subsequently immigrated to the United States — where he became a US citizen and a Christian pastor.

Overflowing with love and compassion, he repeatedly returned to his native Iran to minister to orphans and demonstrate his love to the people of his homeland. In 2013, the Islamic regime in Iran arrested Pastor Abedini. Iran’s Mullahs convicted him of the “crime” of converting from Islam to Christianity, and he was condemned to eight years in prison.

Pastor Abedini’s plight resonated with the Kentucky House of Representatives where I was serving at the time. This was because of Kentucky’s historical tie to the fight against those whose religion inspires anything but peace. Accordingly, the Kentucky House passed a formal resolution demanding that Iran free Pastor Abedini. In that regard, the Legislature followed in the footsteps of Lieutenant O’Bannon — declaring through its action that it would not bow to a religion that inspires hatred and conflict.

As Americans we should maintain our national determination to invest millions as necessary for defense, lest we be held hostage by advocates of hate, terror and death. But as Christians, we should also be inspired by the testimony of Pastor Saeed Abedini, who wrote from prison to his eight-year-old daughter: “The answer to WHY all this happened is WHO. WHO is in control? …The LORD JESUS CHRIST, our GOD! He is worth the price. And He has a plan to be glorified through our lives.”

Pastor Abedini praised the risen Christ even while he was unjustly incarcerated because he knew that God works all things for our good and His glory (Romans 8:28). (Pastor Abedini was released from prison in January of 2016.)

Make no mistake: the war between Christian truth and the enemy’s lies will rage and become even more pronounced until the King of Glory descends to reign from Mount Zion. When He does, the terror of this present darkness will pale in comparison to the holy terror that will rain down on those who have rejected the Blessed Hope — Christ Jesus Himself.

At Lamb & Lion Ministries, we also believe that God is working all things for our good and His glory. He is keeping His promise to provide signs pointing to the season of His return. We know that soon — and very soon — He will burst forth from Heaven in all His glory and darkness will be banished from the earth.

Until that glorious day, we pray that you will join us in crying, “Maranatha! Come quickly, Lord Jesus!”