12 Stones: Reflections on My Years as a Legislator (Part 1 of 3) 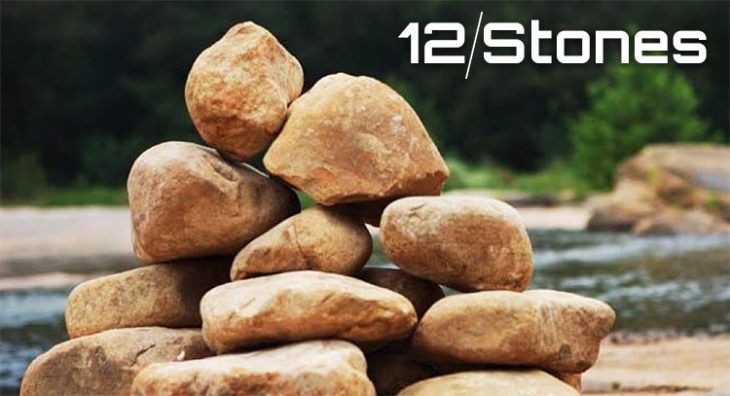 Looking back over the past 13 years of my service in the Kentucky State Legislature, I am struck by the way the Lord has blessed and guided me. When first elected in 2006, I did not think my tenure would last so long. Yet even while I was there God was preparing me for this new call on my life to serve Lamb & Lion Ministries.

Enduring years of frustration and outrage while my political party was in the minority, I learned to wait upon the Lord. Interacting with people clamoring for policies and outcomes, I practiced being clear but tactful in proclaiming truth from a biblical perspective. 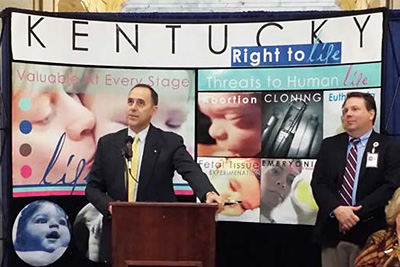 Tim speaking as Pro-Life Caucus Chairman at “Kentucky Right to Life Day” in the Capitol Rotunda.

Through various political skirmishes I experienced firsthand the forces of darkness in this present age. I learned to rely upon the full armor of God to engage in battle as I lived out the Christian faith in a place of great spiritual darkness. The Lord used me in spite of my shortcomings, as He does with all who belong to Him. As I cross over into a new chapter of life, it seems appropriate to pick up a few memorial stones from the stream I have just crossed.

What I am referring to is what the Children of Israel did in response to God’s miraculous leading of them as they transitioned into the Promised Land. At Joshua’s command, the priests leading the procession of tribes stepped into the Jordan River swollen to flood stage. The waters immediately backed up in a heap, allowing the Hebrew nation to cross over on dry ground — just as they had done when crossing the Red Sea under Moses’ leadership. Once again, God manifested His providence for His people and showed His approval of the nation’s leader.

To ensure that this historic transitional moment was not forgotten, Joshua commanded a man from each tribe to return to the riverbed and collect a stone. He placed those 12 stones in a pile on the west bank of the Jordan, creating a public and lasting testimony. Joshua instructed:

Joshua’s intention was to create a marker to testify to God’s power and providence. It was to provide a visual aid for the Israelites to teach their children about God’s gracious provision for them. And, it bore witness to all the peoples of the earth that their God was mighty.

With that understanding, it seems appropriate to select 12 lessons from the past 12+ years of my life that can stand as a memorial to what God has shown me.

1) Good people need to serve in every sphere. There is a misguided attitude among some Christians that certain roles and professions are more appropriate than others. They elevate the Christian or church positions like pastor, evangelist, or minister above secular roles like business, trades, and blue collar work. But this is not a biblical worldview. Every task should be undertaken as if serving the Lord, because in reality Christians are serving the Lord wherever they are and whatever they are doing. The political realm is no different. It is critical that good and godly Christians continue to step forward to serve in this precarious arena. The challenges are many and the task is wearying, but without followers of Jesus Christ serving as salt and light in that role, our laws and policies will become increasingly unbound from biblical truth.

Having said that, our modern media-driven society lives in the “NOW.” The result is that crazy ideas and extreme positions gain traction because they are instantly transmitted to the masses and gain a sort of momentum that would never have been possible in the past. Loud and unbridled voices are given outsize attention.

3) Some public servants are self-serving and power-focused — just as is the case in every other arena of life. Too many politicians enter that realm relatively poor and end up rich after a few years. Some elected officials do line their own pockets. That usually does not involve stealing taxpayer dollars; often it simply requires inside knowledge of policy changes or future road projects or any number of circumstances. As President Harry Truman once said, “You can’t get rich in politics unless you’re a crook.” Others simply become addicted to the power and prestige.

It is easy for people to see the dysfunction in any arena and smear every person endeavoring there. That certainly happens in the political realm. I’ve heard countless voters say, “They’re all crooks up in Washington (or at the state capitol).” Sadly, there are crooks in those settings. But that generality is not true of everyone.

Many public servants lose money endeavoring to serve the greater good. The opportunity cost in terms of income and time is significant. Serving in elected office requires an honest person to make personal and financial sacrifices.

In the second part of this series reflecting on the 12 lessons I learned while serving in the Kentucky State Legislature, I will cover another set of lessons.