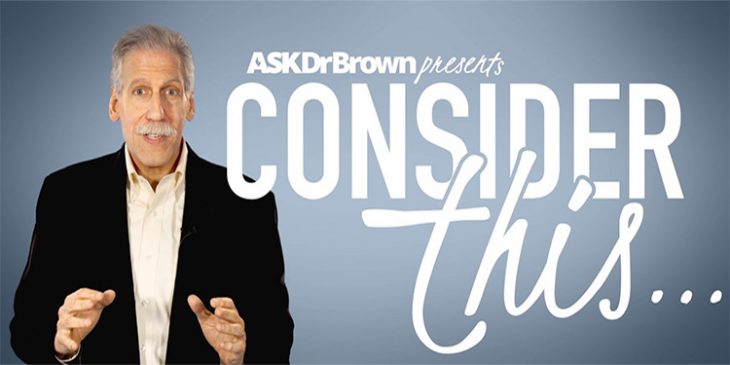 In the first segment, Jewish-Christian prophetic voice Dr. Michael Brown shared his testimony and gave advice about how Christians can cut through all of the noise in this world and focus on what’s important. Now he’ll identify three areas where the culture is shifting towards its own self-destruction.

Tim Moore: Dr. Brown, you hail from New York City. At one time, New York City stood as a beacon of hope to people all throughout the world. Many immigrants came to New York City. New York served as the cultural generator for America. Through Madison Avenue’s advertising, many people had their perceptions shaped, or at least their perceived wants outlined, by advertising campaigns that went out from there to all around the world. But now, New York City has been eclipsed by Hollywood as the primary engine of American culture. This change represents the drift that we’ve been seeing our society taking towards secularism and paganism in America. What cautionary tale does New York City offer to America at large?

Michael Brown: As someone born in New York City and who spent so many years commuting in and out of the city, it’s a very serious and grievous change. For example, the Stonewall Riots took place in New York City in 1969. That was a watershed moment for modern gay activism. In so many ways, New York has been a forerunner for cultural shifts, like lighting up the Empire State Building in lavender colors celebrating gay pride events.

If you are a black baby conceived in New York City, you have less than a 50% chance of making it out of the womb. That’s the satanic attack on black America and on big cities like New York. When New York passed radical pro-abortion laws, the state again celebrated in New York City by lighting up buildings in praise of this horrific practice. It’s another step down a path toward darkness, death, and destruction.

God deeply cares about all the people involved. He cares about those who identify as gay and lesbian. He cares for those who are cheering on abortion. He wants to deliver them from deception and lostness.

New York City has been on a steady decline for many, many years now. With the Covid lockdown, high prices and cost of living, and radical leftist liberalism getting further and further entrenched, the city may never recover. NYC could well be a tale to America to wake up and seriously consider the dire direction in which we want to go.

Tim Moore: It’s hard for some people to conceive just how far our culture and society have fallen in just the last twenty years. Dr. Brown, what do you see are some of the key spheres where paganism and secularism are rising? Where do you see the battle shifting towards here in America if the Lord stays His coming another 20-40 years?

Michael Brown: There are a few things to look at. One is the rise of aggressive atheism. It was in 2007 when the year was branded the “Year of the Atheist.” Atheistic, evolutionist authors such as Richard Dawkins and Christopher Hitchens, and others became absolute mega-selling authors. Everybody’s been reading their stuff and talking about their humanistic beliefs. Some may say, “Ah, that was just a little flash in the past.” But, no, the atheistic mindset and the mocking of God have become commonplace in Western society.

Apologist Josh McDowell reported that the objections that he used to encounter with college students who were 19-20 years old, well now he is encountering them from 12-13 years olds. Children are bashing God and the Bible. But, these kids are only hearing sound bites. They don’t even have the ability to process things intellectually the same way that a college-age student would.

Two, the ongoing results of the sexual revolution continue to damage society. The epidemic of pornography has numbed people against God’s intention for sexuality being between one man and one woman for life. It’s been degraded and perverted so much. That’s pervasive! What’s happening is on an epidemic level.

Back in 2004, God began to burden me about LGBTQ activism. I thought, “That’s odd.” I didn’t come out of homosexuality. That’s not my testimony. I don’t have a particular burden to reach the gay and lesbian community. After all, my Ph.D. is in Near Eastern Languages and Literatures from New York University and not in family counseling or therapy or anything like that. Why me? Why, God, do you want me on the front lines here? Well, the Lord showed me was that no Christian gets to sit this war for souls out. It’s all hands on deck!

Michael Brown: No Christian gets to sit this war for souls out. It's all hands on deck! Click To Tweet

Three, there’s the rise of the secular religion with its own religious ideas, such as Critical Race Theory and the like, and the whole “woke” culture that wants to cancel those who have differing beliefs. What this growing anti-religion is going to mean is that Christians have to be resolved in taking a stand. We have to determine that to save our lives is to lose them. In other words, if we say, “I can’t get involved in the controversy so I’m just going to stay quiet. I don’t want to speak up because I will lose friends.” No! You’ve then already lost your life. You’ve become a slave to the opinions of ungodly people. When you say, “I am going to honor God and do what’s right regardless of cost or consequence,” sure, you may lose your life, but now you’ll find it; you’re free!

We have to cross that line. We have to live as disciples. It’s the only way to push back against the total collapse of our culture.

In the third and final segment of this interview with Jewish-Christian prophetic voice, Dr. Michael Brown, he’ll discuss his passion for bringing Jews to Jesus.