The Evolution Of A Creationist 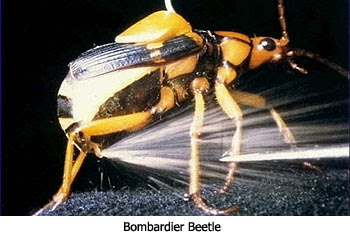 With the elimination of the Creation account in Genesis and Jesus’ Second Coming in Revelation, what’s left in the middle of the Bible is a chewy center that critics quickly gnaw on and then use to spit up the faith of the milk-fed believer in Christ. Those great “crust ends” of the Bible are essential, though, in understanding who God truly is and where we fit into His plan for the ages. It is no wonder then that no two books in the Bible are more challenged, more derided and more written off by those in rebellion against God than Genesis and Revelation.

Once such skeptic was Dr. Jobe Martin, former dentist, professor and Evolutionist. Having clearly seen God’s eternal power and divine nature from what has been made (Rom. 1:20), Dr. Martin came to faith in Christ. He and his wife Jenna Dee have since formed Biblical Discipleship Ministries based in Rockwall, Texas to teach on campuses, classrooms and churches that we can trust the Bible’s account of the Creation and Jesus as Savior.

Dr. Martin was kind enough to share with us how he “evolved” from an Evolutionist to a Creationist.

Dr. Martin, did you originally believe in the biblical account of the Creation?

I sure didn’t. Well, maybe I did, kind of, but I don’t think so. I was raised in the church, though.

I went off to college at Bucknell University and majored in Biology and Music. By the time I got out of there, I was an Evolutionist. Then I went to dental school. When I got out of Dental School in 1966 I was an agnostic. Even though I had been raised in the church, I didn’t know if God existed. I didn’t say He didn’t exist like an atheist would, though. I was looking into Zen Buddhism then. This was back in the 60’s, the New Age hippy type of stuff which was so popular then. At that time I would have called myself an “Agnostic, Zen Buddhist, Evolutionist.”

I became the dentist on President Johnson’s flight crew on Air Force One while I was in the Air Force. While I was in basic training at Wichita Falls, Texas, I decided to say a prayer to the God of the Bible. Now, I didn’t know if He was there, but I was just thinking “God of the Bible.” So I said, “Okay, God, if you are up there, you have two choices. You can either show me the girl I am going to marry, or you are going to see the wildest Air Force officer you have ever seen!” Jenna Dee says God must have been shaking in His shoes… a joke, of course. But, that is the day I meet my wife and I knew I was going to marry her, and I did 41 years ago. I let Jenna Dee know that very next day. I told her I was going to marry her. I didn’t ask her to marry me, I just told her I was going to marry her. Well, she didn’t like that at first. And so, I decided that the God of the Bible must exist because the very day I prayed that prayer is the day I met Jenna Dee.

When I got to Washington D.C. I decided I had better go to church. I walked into the first church I came to, and on the way out the pastor shook my hand and said, “Captain, is there anything I can do that might help you spiritually?” Well I said, “Anything you can do will help me spiritually. I am at zero.” I was raised in the church, never having read the Bible. According to the Barna Report, most people who call themselves Christians have never read the Bible all the way through even one time.

Anyway, he asked me to read the Bible, and we read Matthew, Mark, Luke, John, though not all on the same morning. We got to John 3:16 and that is the verse God used to bring me into the family. “For God so loved the world.” I was part of the world, and since He loved the world, I realized that God loves me. “He so loved the world that He gave only begotten Son.” His name is Jesus. “That whosoever believeth in Him should not perish, but have everlasting life.” And so, I put my faith and trust in the Lord Jesus.

Later on I was offered a job on the faculty at the Baylor College of Dentistry in Dallas. I gave my very first lecture on the evolution of the tooth. I was still an Evolutionist then. I went from being an “Agnostic, Zen Buddhist, Evolutionist” to being a Theistic Evolutionist. I still had God, but I still held onto the Big Bang and billions of years.

After I give this lecture on how fish scales moved into the mouth and became teeth, two students came up and challenged me after class. I can’t believe I believed that, but that is what I was taught. They are still teaching that to our kids today, that fish scales became teeth. There is no relationship between scales and teeth.

And so, they challenged me. I said, “Well, okay, let’s study Creation Science.” I’m thinking as a cocky rookie professor, “I will wipe these guys out!” And yet, I was the one who became a literal Biblically Creationist, though it took awhile. I finally believed what the Bible said. We studied the assumptions the Evolutionist made and we also looked at creatures such as the bombardier beetle.

Anyway, that was kind of the progression of things. Then I resigned my professorship. I was a full professor with tenure at the dental school, but went on to Dallas Theological Seminary on a big leap of faith. I think the Lord just worked it out, so that was just the thing to do. My family agreed, so that is what we did. And, since 1986, we’ve been involved in Biblical Discipleship Ministries.

I have a scientific background in Biology and Dental Medicine, and I sure came up through the system. I have been on all sides of the fence.

What was it that convinced you that moved you from being an Evolutionist to a Creationist?

Number one, I began studying my Bible, because I was a baby Christian basically. I am reading my Bible and studying the Bible to see what God says.

Secondly, the students asked me to look at the assumptions that the Evolutionist made, which I was never taught, and they’re still not teaching our kids. I read the original article of Libby, the fellow who invented Carbon 14. He kept saying, “I think this, we believe this, perhaps this.” Those are all assumptions! I began to realize that these assumptions weren’t valid at all and they aren’t true.

Thirdly, we were looking at some animals. I was a Biology major and still didn’t know where these students came up with it, but they brought this bombardier beetle to me one day and they said, “Dr. Martin, let’s study this little bug and see if you think it can evolve. How could it evolve?”The bombardier beetle is a little bug that shoots fiery hot gases out of twin tail tubes. It would blow itself up every step of the way if it evolved, as it needs all of its parts to work properly. It has separate internal sacks where chemicals combine together to heat to 212 degrees. It works like a combustion chamber. It mixes chemicals so that this violent reaction will happen, but if it didn’t have the twin tail tubes to shoot the chemicals out, it would blow itself up.

And so, I began to realize these things are irreducibly complex. Our kids do fractions and they reduce them down until they can’t reduce them down anymore. And that is like this little bug, it needs all of its parts. You couldn’t have a partially evolved canon. It would blow up the bug. It had to have been made complete, mature and fully functional.

I began to think God was telling me that He made everything and He did it in 6 days. He did this just a short time ago, about 6,000 years ago. I looked at this beetle and realized there was no way it could have evolved. Billions of years couldn’t produce that. It would be dead. Because of survival of the fittest, it wouldn’t survive. It needed a God to create it as there was no way it could have evolved all of its parts at one time. Well, then, why not a God who created everything?

Those are the things that really got me thinking I could trust the Bible. Now I know I can trust it.