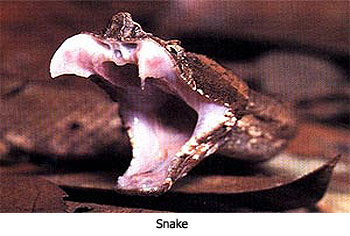 A third incredible creature that defies Evolution is the snake. In my new video I had a snake around my neck at some point. We had a python and a boa constrictor, both of them very big snakes. We also had a Mojave Desert Rattlesnake, which is supposed to be the most vicious type of rattlesnake.

The python for instance, around its lips in-between the scales, it has sensory organs that can sense the heat in a live animal that they want to eat. Those organs are so sensitive that it can be a pitch black night and it can go right up that whatever it is it wants to eat and strike it, and it never misses. And yet, it can’t see a thing. It is just the heat sensors in its lips that tell it exactly what to do.

You have seen a snake and their forked tongue comes out? Well, they don’t have to open their mouth to do that. There is a groove in the lower jam that lets them stick out their tongue because they are crawling around in the dirt. If they had to open their mouth to get their tongue out, which is sensing and picking up the molecules of things, they would fill their mouth up with dirt all the time. And so, God made them so they can get that tongue out there. When they bring it back in they touch it to an organ on the roof of their mouth called the Jacobson’s organ, and it tells them exactly which molecules they are tasting and they can follow a prey, just by tasting the dust and stuff as they get toward it. It is miraculous things! 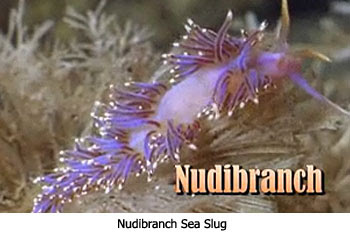 A fourth incredible creatures that defies Evolution, and I have it on this new “Creation Proclaims” video, is the nudibranch sea slug. These things are amazing! They have psychedelic colors and are beautiful things.

It will eat an anemone or another sea creature that has little stinging cells that they shoot like little darts. And, it will eat this thing, but it doesn’t set off the darts. It will digest what it wants to eat. Anything else that touches this anemone will set off these darts, but not the nudibranch. So, it eats the whole thing, digests the food part, takes those darts, transfers them through tubes out to its own back and into its gill structures, and then it uses the defense mechanism of the animal that it ate as its own defense mechanism. It cannibalizes this animal to use. It recycles these stinging cells and it potentiates them. The darts are stronger once they get out through the back of the nudibranch, moreso than when they were in the anemone. It is miraculous thing! 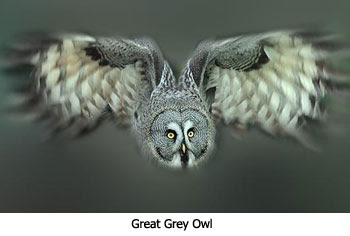 A fifth incredible creature that defies Evolution is the owl. An owl is silent when it flies. How can this be when with all the other birds you can hear the flapping of their wings?

Owl’s have this little fringe of tiny little hairs that go up the sides of the feathers. God made those little hairs deflect the wind coming across them in such a way that the owl flies with silent flight. And, where does that come from? If there isn’t a God that designed that and made that, how would evolution produce that? I don’t see any way.