For the first 18 centuries of Christianity, the Church almost universally believed in a literal Creation about 6,000 years ago1 and a global flood in the lifetime of Noah. In the early 19th Century, scientists began to develop an Old Earth Viewpoint to support the rise of Evolution Theory. If the Earth is only thousands of years young, as the Bible teaches, evolution of life in all its variety from nonliving chemicals is obviously impossible. Believers in Evolution feel comfortable with their current claim that the Earth is 4.54 billion years old.2 (I believe that is nowhere near enough time for random chance combinations of chemicals to produce even the simplest one-celled life form, but that discussion is beyond the scope of this article.)

Most of the Church accommodated the Old Earth Concept by “spiritualizing” the Genesis Creation account and developing theories of theistic evolution over billions of years.3 Those succumbing to this compromise approach usually also downgrade Noah’s worldwide flood to a local flood.4 In the past four decades, since the rise of Scientific Creation beginning in 1970 (when Henry Morris, PhD founded the Institute for Creation Research), a controversy has arisen between Young Earth Creationists (mostly Evangelical believers) and Old Earth Theistic Evolutionists (mostly mainline Protestants and Catholics).

All humans have a natural tendency for self-deception: we pay much more attention to observations that reinforce our viewpoints than to those that may contradict them. We readily dismiss contradictory data and accept confirmatory data with little scrutiny. By the very nature of this common human failure, the self-deceived are unaware that they have picked through a mountain of data to find the few observations that seem consistent with their preconceived notion of what is correct. But nowhere else have I encountered the extreme level of self-deception that exists among believers in Evolution.

Let me give you an example that I witnessed in my former career as a geophysicist for Shell and BP. You don’t need to understand the details of rock dating techniques to appreciate this most important point. When geologists study a rock formation that they expect, on the basis of Evolution Theory, to have a certain old age, they extract many samples from various locations in the formation and send them to several different labs that make the measurements of apparent age. After the results come back, they begin to weed out the samples that gave the “wrong” answer by assuming that the samples were contaminated. The “right” results that meet their expectations are presumed to be reliable. After this data selection process, the geologists are left with only the results that confirm their preconceived expectations.

I apologize if I have shocked you with the revelation that well-meaning, sincere scientists can be so biased in their selection of reportable data so that they can continue to support wholeheartedly the myth of Evolution Theory and proclaim it to be a fact. Any time that a large proportion of raw measurement data is being discarded and labeled “contaminated,” I suspect that the reported results will be strongly biased by the preconceived worldview. 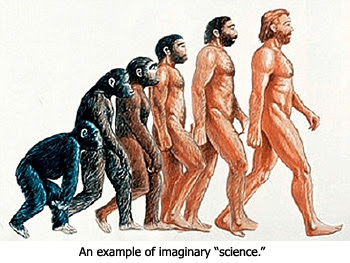 After I studied the scientific evidence and rejected my former faith in Evolution,5 I bought a tee-shirt that declares: “Scientists should always state the opinion upon which their facts are based!” Believers in Old Earth Evolution Theory have selected a very small portion of the data that appears to support their expectations and they publish only the “correct” portion as “facts.” This self-deceptive habit of Evolutionists ignoring the vast majority of the data is one of the main reasons why I believe in Creation, a young Earth, and a worldwide flood.

We should not be too surprised that many of the observations discarded by believers in Evolution do, in fact, support Young Earth Creation.

God has revealed to us in the Bible His account of the origin of the universe and life. His Creation does testify to its supernatural origins.6 We can scientifically examine the Young Earth Creation model and test whether there are observations that support it.

In the next part of this series “Our Young Earth,” we’ll look at the inherent problems with radiometric dating being used to determine the age of the Earth.

1) Some scholars (not including me) believe there are significant gaps in the Genesis genealogies amounting to about 4,000 years, hence they estimate that the Earth is about 10,000 years old.

2) Wikipedia, “Age of the Earth,” http://en.wikipedia.org/wiki/Age_of_the_Earth.

6) Romans 1:20 (NIV): “For since the creation of the world, God’s invisible qualities — His eternal power and divine nature — have been clearly seen, being understood from what has been made, so that men are without excuse.”