2. What roles do angels play in the book of Revelation?

The word “angel,” malak in the original Hebrew and angeloi in the Greek, actually means “messenger.” Certainly, angels perform other duties in their service to God Almighty — guardians, rescuers, warriors, worshipers, evangelists, enforcers, servants and even executioners — but they are actually named after their primary duty as God’s messengers. Angels often act as intermediaries between God and Man. And, that’s what we find these celestial beings doing all throughout the book of Revelation.

Bear in mind that not every messenger mentioned in Revelation is a celestial being. The Apostle John, for example, “who bore witness to the word of God, and to the testimony of Jesus Christ, to all things that he saw,” performed his scribal duty to the Seven Churches and the Church universal, but was a mere man. Another messenger mentioned is the “Angel of the Lord,” the pre-incarnate name of Jesus Christ, who is clearly divine and not a created angelic being. We also encounter the “Seven Spirits,” a name representative of the Holy Spirit. We even take a hard look at the 24 Elders in God’s throne room and conclude that none of them are angels, but they were all messengers.

The word “Revelation” derives from the Greek word apokalypsis. It is used 18 times in the Bible, and it is where we get our English word “apocalypse.” In the Greek, the word means “to unveil.” And that’s just what the book of Revelation does — it unveils the shrouded activities of God and His mighty angels. When reading Revelation, you will marvel at how Jesus Christ utilizes His faithful helpers to dole out His Apocalypse — His wrath — during the 21 judgments of the Tribulation. 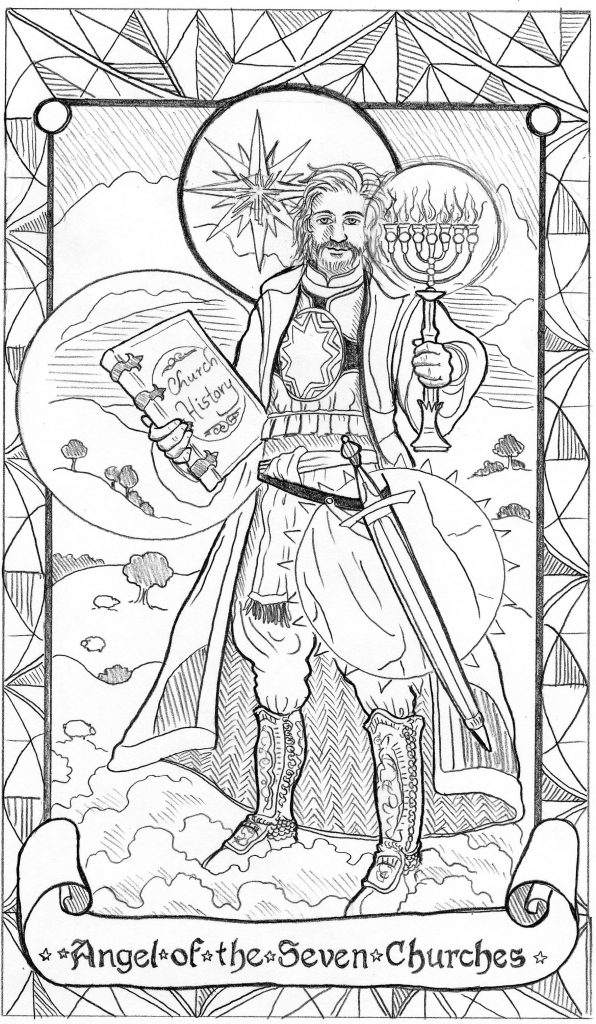 Chapters 2 and 3 of Revelation present the angels who guard and protect, such as the Angels of the Seven Churches. Then, in chapters 4 and 5, the scene moves to God’s throne room in Heaven where we witness some of the more extraordinary of all of God’s mighty angels. The multi-faced and multi-winged Seraphim sing unceasing praises to the One on the throne. The Cherubim transport God’s throne across the heavens. The multitudes of Choir Angels sing God’s praises.

Back on Earth, chapters 6 through 19 present the Servant Angels, such as the Branding Angel, who marks the 144,000 Jewish evangelists and the Four Wind Angels who control the weather, performing God’s divine will. The angels who enact God’s judgment, such as the Seven Trumpet Judgment Angels and the Seven Bowl Judgment Angels, deliver God’s wrath upon a rebellious world. The Executioner Angels, such as the Stone Angel who crushes the Antichrist’s capital flat and the Jailer Angel who locks Satan into the Bottomless Pit for a thousand years, carry out God’s judgments.

In the aftermath of the Tribulation, described in chapter 20, the Lamb of God sets up His throne over all of the Earth, and we are introduced to other angels such as the Good News Angel and the Guardians of the Twelve Gates who aid in ushering in the Eternal State of chapters 21 and 22. I could name many, many other angels and groups of angels busy at work in almost every paragraph in the book of Revelation, for there are so many.

In the third part of this interview with author Nathan Jones, we’ll look at the story behind the fallen angels.