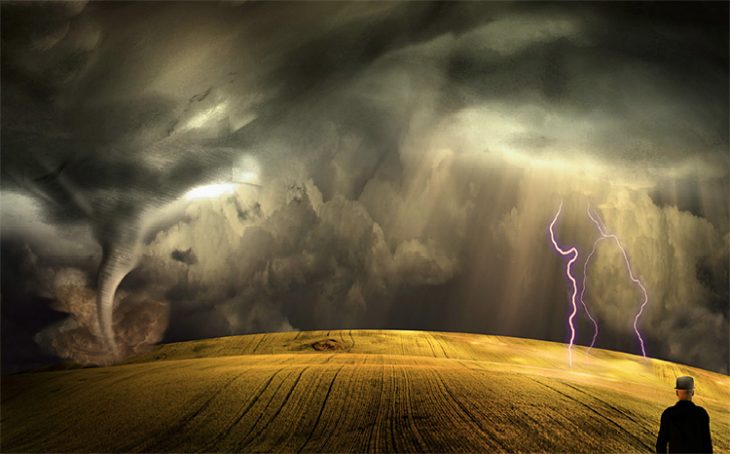 I do not know who will be elected to serve as our next President. But there are two things I know for certain. First, I know that God is in control. Second, I know that America is under God’s judgment.

The sovereignty of God is something unbelievers scoff at. The greater tragedy is that most professing Christians seem to know little about it. After all, many, if not most, churches today are hearing messages based on pop psychology rather than biblical fundamentals.

But you can be assured that God is in control. Even when things seem to be completely out of control, God is on His throne. Psalm 2 says that while all the political leaders of the world plot against the Creator and His Anointed One, the Messiah, God sits in the heavens and laughs! He is not laughing because He is unconcerned. No, He is laughing because He has all the world’s events under control. The bottom line is that God has the wisdom and power to orchestrate all the evil of Satan and Man to the triumph of His Son, Jesus.

The king’s heart is like channels of water in the hand of the LORD; He turns it wherever He wishes (Proverbs 21:1).

How God deals with rebellious nations, particularly those He has greatly blessed, is also unknown to most professing Christians. As the articles in this issue will explain in detail, God first sends prophetic voices to call the nation to repentance. If they are ignored, God will then send remedial judgments. And if those are likewise ignored, God will turn the nation over to destruction, either from external or internal forces.

Our nation is currently in the throes of what theologians call “abandonment judgment.” This is when God steps back, lowers His hedge of protection around the nation and allows sin to multiply, resulting in the nation destroying itself.

The sins of our nation are so atrocious that God’s judgment will remain on us regardless of who wins the Presidential election. If the Democrats win, our national destruction will be accelerated due to their ungodly programs. If the Republicans win, the pace will be slowed, but it will not be stopped. We have already gone too far in the renunciation of the Judeo-Christian values this nation was based upon.

This is a nation that has turned its back on the very One who has blessed us so abundantly. Our society has secularized and even paganized. Our churches are rampant with apostasy. We are shaking our fist at God and spitting in His face — as we did, for example by lighting up the White House with the colors of the Sexual Perversion Movement to celebrate the legalization of same-sex marriage by our Supreme Court.

Our nation is going down. The crucial question is whether or not you are going with it. Have you placed your faith in Jesus as your Lord and Savior? If so, then you have hope because you have the promise of the Rapture and everlasting life. If you have refused the grace that God has extended through His Son, then you are doomed.

He who believes in the Son has eternal life; but he who does not obey the Son will not see life, but the wrath of God abides on him (John 3:36).