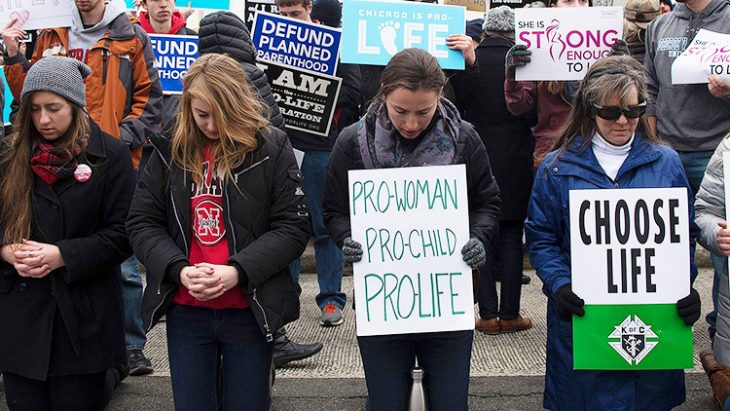 49 years ago, the United States Supreme Court handed down its infamous “Roe v. Wade” decision. In an instant, the Court legalized abortion throughout the nation. Since January 22nd, 1973, the United States has tolerated much more liberal — which is to say, unrestrictive — abortion laws than every other western nation. Only places like China and North Korea have been more unabashedly committed to abortion.

Today, June 24th, 2022, the Supreme Court overturned that horrific decision. The majority opinion echoes the overturning of previous decisions that enabled slavery, discrimination, and other injustices. Evangelical Christians, Catholics, and others who have been praying for an end to this evil scourge have reason to praise the Lord.

This is a day for thanksgiving, but our work is not done. As Franklin Graham pointed out, “Sadly, this decision is not an end to abortion — it pushes the battle back to the states.” Enraged voices from the Left are already inciting vandalism and violence. Democratic officials are pledging to promote abortion in blue states, even promising to pay for abortions and travel expenses for women living in red states.

In the face of the political outrage that is coming, many Republicans will go “wobbly” (to quote Margaret Thatcher). Their Pro-Life stance will wither unless it is grounded on something (and Someone) most lasting than political expediency. Those of us who are committed to defending innocent life will need to redouble our efforts — and our prayers.

Satan is raging right now. Recognizing that his time is short, he has already been accelerating his deceptions and his accusations. For 49 years he deceived the nation that claimed to be “one nation, under God” to kill its own unborn children. However, like Molech and Baal in the ancient world, Choice has proven to be a false god. It has demanded the death of over 60 million American babies and stoked a culture of wanton self-idolization and violence. God was unwavering in His denunciation of this abominable practice in the Old Testament — and of those who perpetrated such evil in the land.

God does not change and He will not be mocked. As you witness the rage that will ensue following this Supreme Court decision, ask yourself, “Who is being served?”

Rabbi Jonathan Cahn pointed out that we are in the 50th year since Roe v. Wade. He points out, “In the Bible, the 50th year is the Jubilee — the year of restitution when that which is taken is restored, and that which was done is reversed.” A Jubilee is a demonstration of grace — something that evokes celebration in the midst of humility. Asked if he felt he played a role in the reversal of Roe v. Wade, former President Donald Trump deflected credit where it belongs. He said, “God made the decision.”

America is at a moral and spiritual crossroads. The choice is ours. Elijah challenged the people of Israel to consider how long they would waver between two opinions. Would they follow Baal or the LORD God? The people gathered at Mount Carmel did not answer his question (1 Kings 18:21). That same question hangs over our society right now. We are wavering between two opinions: some advocate for protecting innocent life, while others cavalierly encourage snuffing it out in the womb (and beyond).

Our prayer will remain, “Thy will be done — on earth, as it is in heaven.” And, while we wait for our soon-coming King to flood the earth with peace and righteousness, we can cry out, “Maranatha! Come quickly, Lord Jesus!”

Blessed be the Name of the LORD!