The Significance of Rebellion

What the vast majority of Americans do not understand is that when a nation that is favored with God’s blessings decides to rebel against the One that has blessed it, there are severe consequences that will result because “to those to whom much is given, much is expected” (Luke 12:48).

The average American voter today seems interested only in the economy and jobs. There appears to be little, if any, interest in social and moral issues like abortion and sexual perversion, but God is very interested. He is a God of righteousness and holiness, and He will not stand idly by when a society wallows in sexual perversion and spills the blood of the innocent.

That’s why Donald Trump, or any other politician, cannot promise to improve the economy and create more jobs. God will not allow it as long as we are rebelling against Him.

God in His grace and mercy has sent prophetic voices to call this nation to repentance — voices like Dave Wilkerson, David Jeremiah and Franklin Graham. But we have shut our ears to their pleas for repentance, and so God has also sent remedial judgments like the Vietnam War, the 9/11 terrorists attacks and Hurricane Katrina.

But we have stiffened our resistance to God and have dug in our heels, determined to have our own way.

Now it appears that we have reached the point of no return. Be assured that there is such a point. Romans 1:18-28 explains it in detail.

This passage of Scripture tells us that when a nation commits itself to ungodliness and unrighteousness, it provokes the wrath of God (verse 18). It then reveals that God’s first step is to lower the hedge of protection around the nation, allowing a sexual revolution to break out (verses 24-25). This occurred in our nation in the decade of the 1960s.

If this does not prompt repentance, then God will take a second step back, lower the hedge further, and a plague of homosexuality will be inflicted (verses 26-27), as happened in our nation in the 1980s.

If the nation persists in its rebellion, God will take a third and final step back, lower the hedge again, and the nation will be delivered over to a “depraved mind” (verse 28). That is where we are now as our national government tries to force us to provide transgender restrooms.

Just think for a moment about the insanity of this new pagan demand. Transgenders are mentally ill people who are delusional, like a person who thinks he is Napoleon or Elvis. Instead of trying to get them mental and spiritual help, our society has decided that their insanity must be applauded and enforced upon all of us. 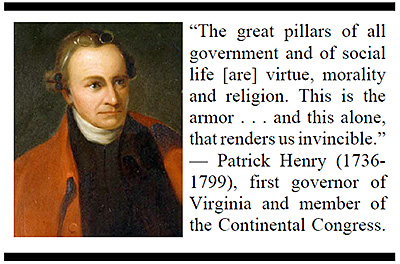 The prophet Nahum came on the scene 150 years after Jonah. Like Jonah, he was called of God to preach to Nineveh. But, unlike Jonah, he was not sent to call the people to repentance. Rather, he was told to inform them that the time had arrived for their destruction. This warning was in accordance with God’s character, for He never pours out His wrath without warning.

In Nahum 1:11 God reveals the reason for His unalterable decision to destroy the city and its empire: “From you has gone forth one who plotted evil against the Lord, a wicked counselor.” Thus, the trigger point of God’s wrath is when neglect or rejection of Him turns to war against Him. In response, God declared, “Your wound is incurable” (Nahum 3:19). In short, their fate was sealed. 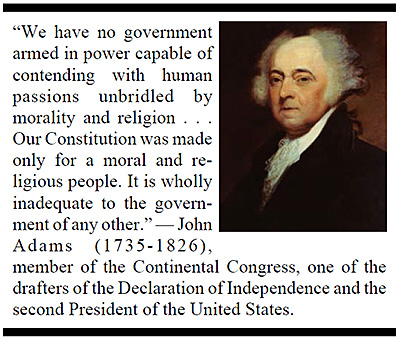 A contemporary of Nahum’s, the prophet Jeremiah, spoke of the same principle regarding God’s relationship to Judah. He proclaimed that the nation’s wound was “incurable” (Jeremiah 30:12). He added, “There is no one to plead your cause, no healing for your sore, no recovery for you” (Jeremiah 30:13).

The Point of No Return

One chilling point is that the Bible teaches that when a nation reaches this point of no return — this point where “the wound becomes incurable” — prayer is no longer of any avail. Thus, Jeremiah was told by God that he was not to pray for the deliverance of Judah! “Do not pray for this people, and do not lift up a cry or prayer for them, and do not intercede with Me; for I do not hear you” (Jeremiah 7:16). Later, God made this same point again in even stronger terms: “Even though Moses and Samuel were to stand before Me, My heart would not be with this people; send them away from My presence and let them go!” (Jeremiah 15:1).

Ezekiel was told the same thing when he tried to pray for Judah, but in even stronger terms. God named three of the most righteous men who had ever lived — Job, Noah, and Daniel — and He told Ezekiel that even their prayers could not deliver the nation from His wrath (Ezekiel 14:12-21). “I have set My face against them,” the Lord concluded (Ezekiel 15:7).

God is patient and longsuffering. But He cannot be mocked. “Whatever you devise against the Lord, He will make a complete end of it” (Nahum 1:9). God will ultimately deal with the sin of every nation. “The Lord is slow to anger and great in power, and the Lord will by no means leave the guilty unpunished” (Nahum 1:3). Some nations will be destroyed before the Great Tribulation begins, but all nations will taste God’s wrath during that terrible period of international judgment.

In the third and last segment of this series on America’s final years, I’ll analyze our nations current position.