The meeting began with a presentation by one of Secretary Marshall’s aides, Robert Lovett. He presented the State Department’s case for a United Nations Trusteeship.

The President then called on Clark Clifford to read a paper he had prepared. In that paper Clifford argued that the recognition of the state of Israel would be “an act of humanity” in response to the Holocaust. He quoted the promise of the Balfour Declaration and he cited verses from Deuteronomy to verify the Jewish claim to the land.23 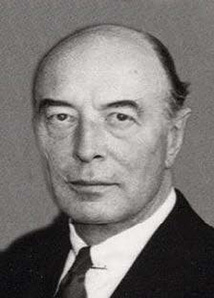 Marshall became incensed. He considered Clifford to be nothing more than a political operative, and he believed his arguments were politically motivated, designed to guarantee the Jewish vote for the President in the upcoming election. Marshall finally became so agitated that he interrupted Clifford and said, “This is just straight politics. I don’t even understand why Clifford is here!” Truman answered softly, “General, he is here because I asked him to be here.” 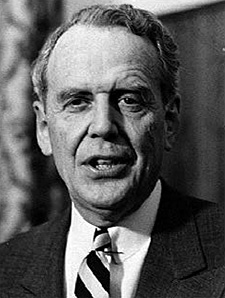 Clifford continued. When he finished, Lovett spoke again in rebuttal. He argued that recognition of the Jewish state would be disastrous to American prestige at the United Nations because it would appear only as “a transparent bid” for Jewish votes in the upcoming presidential election in November.

At this point, Marshall spoke again. Looking directly at Truman, he said that if the President were to follow Clifford’s advice, he would vote against the President in the election!

It was an incredible rebuke of the President in front of witnesses. The room fell silent. All sat in shock. Clifford later called it an “awful, total silence.” Truman showed no sign of emotion. Finally, he said he thought it would be best for everyone to “sleep on the matter.”24

Two days later, on Friday, May 14th, the day of the Declaration of Independence, Secretary of State Marshall called the President and told him that while he could not personally support recognition, he would not oppose it publicly.25

The Declaration was scheduled to take effect at 6:00 pm Washington time. Eleven minutes after the effective time, one of the President’s aides, Charlie Ross, announced that the United States was granting de facto recognition to the new state of Israel. The United States thus became the very first nation to recognize Israel. 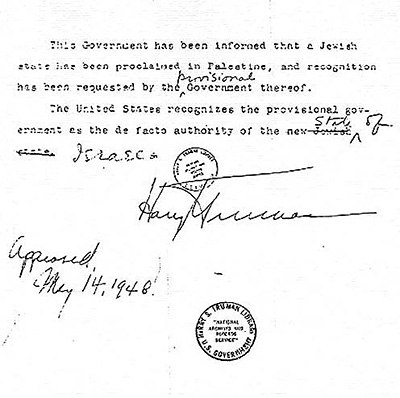 The American delegation to the United Nations was flabbergasted. Marshall dispatched his head of UN affairs, Dean Acheson, by plane to New York to keep the whole delegation from resigning. Many in the State Department urged Marshall to resign, but he refused. He said the President had the constitutional right to make the decision. However, he refused ever again to speak to Clark Clifford.26

On May 15th the British High Commissioner in Palestine said his farewells and departed Jerusalem. On May 16th the Provisional Government of Israel met and elected Dr. Chaim Weizmann to serve as Israel’s first president.

Meanwhile the fledgling Jewish state had come under immediate attack from five Arab armies who were determined to destroy the nation at its birth. Attacking from three sides, the armies came from Egypt, Transjordan, Iraq, Syria, and Lebanon.

This invasion fulfilled a symbolic prophecy given by Isaiah in which he said that the future Jewish state would be born “in one day” and that the labor pains would come after the birth (Isaiah 66:7-8). And so they did, and those labor pains have continued to this day as Israel has experienced one war after another for its survival.

In May 1951, David Ben-Gurion, the Prime Minister of Israel, visited the President at the White House to thank him for his support. His last meeting with the President occurred in 1952 at a hotel in New York. In an interview which he gave years later, he said:27

I told him [Truman] that as a foreigner I could not judge what would be his place in American history; but his helpfulness to us, his constant sympathy with our aims in Israel, his courageous decision to recognize our new state so quickly, and his steadfast support since then had given him an immortal place in Jewish history. As I said that, tears suddenly sprang to his eyes. And his eyes were still wet when he bade me goodbye…A little later…a correspondent came up to me and asked, “Why was President Truman in tears when he left you?” 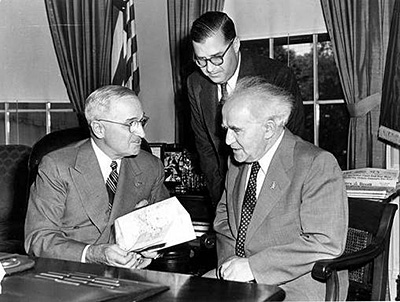 President Truman with David Ben-Gurion at the White House in May 1951. Looking on from behind is Abba Eban, the Israeli Ambassador to the United Nations.

In the fourth and last part of our study of the amazing events that led up to the prophesied rebirth of the nation of Israel, we’ll look at how President Truman was prepared by God for his role in this historic event.

Boys Will Be Girls